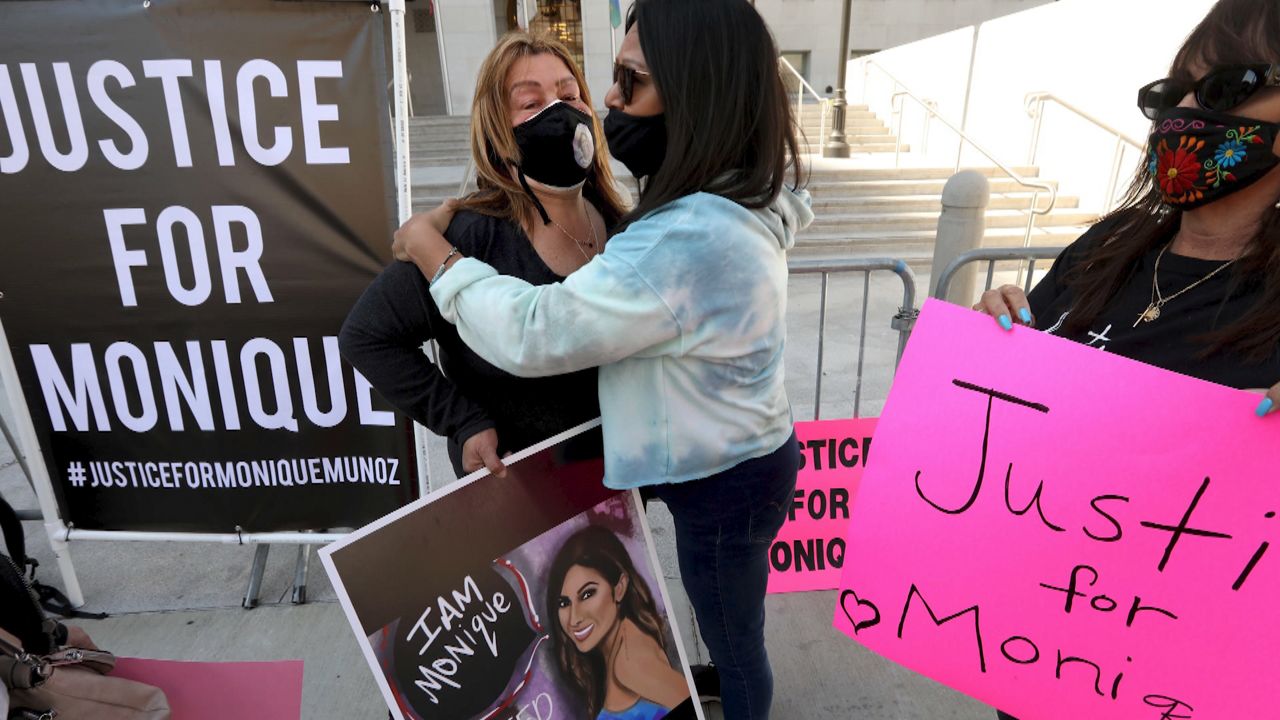 While there have been fewer cars on the streets and freeways this past year, lighter traffic has led to more speeding and reckless driving.

Los Angeles Times columnist Steve Lopez wrote about two families who recently lost loved ones due to speeding. In a recent interview for "LA Times Today," Lopez joined host Lisa McRee to share their stories and talk about two bills under consideration in the state legislature to reduce deadly crashes.


In the first month of the pandemic last spring, the California Highway Patrol reported that even though traffic volume was down 35%, the number of citations for driving more than 100 miles an hour had increased by 87% over the same period a year earlier. Between Sept. 1 and Oct. 31, 4,851 more CHP citations were issued for speeding at 100 mph or more — a 93% increase over the same period a year earlier.

Like the COVID-19 virus itself, vehicle collisions hit lower-income communities of color the hardest.

"Seleta Reynolds is the head of the Department of Transportation, and she had a theory that low-income communities have a bulk of our essential workers," Lopez said. "They are still on the road getting up and going to work and maybe not using public transportation as much as they might have. So, in some communities, there has been a higher volume of traffic, and she thinks that might have led to some of this higher rate of violent and fatal collisions in low-income neighborhoods."

Lopez spoke to two families that have lost loved ones due to speeding. One of those victims was Larry Brooks.

"Larry Brooks was a 68-year-old psychologist living with his wife in the Arts District near Downtown LA. A client had canceled, so he told his wife he was going on a walk in the neighborhood, which he enjoyed doing. And he never came home. He was on Santa Fe near Second Street when a 23-year-old driver in a McLaren sports car — doing at least 60 and possibly blowing through a stop sign — hit him and killed him. That family is shattered. I met with his wife, his daughter, and they are still struggling a year later."

The other victim Lopez wrote about was 32-year-old Monique Munoz.

"Monique had gotten an office job at UCLA with dreams to go on to get another degree and maybe get a bigger job at some point," Lopez said. "When she was on her way home from work, she was hit by a 17-year-old driver speeding in a Lamborghini SUV, and her car was basically cut in half, and she died at the scene. These kinds of things, as tragic as they are, are not rare. They are happening all over the state and the country."


These tragic incidents are also a significant loss for communities, and two bills are now being considered to reduce deadly collisions.

"It is a loss, but it is also so relatable because you do not know when it is coming. There has also been some racing going on and has lead to some violent collisions. And there has been a response. Communities are coming together and are calling for some changes. And there are two bills in play. Assemblyman David Chiu of San Francisco has introduced a bill that would have automated speed enforcements on streets with a high rate of violent collisions and work zones. Sen. Susan Rubio from Baldwin Park has a bill for automated speed enforcement near school sites. This is where someone would be driving and would not see a police officer, but if they were going too fast, it would be detected on radar, and the driver would get the ticket in the mail," Lopez said.

The two-speed enforcement bills are now under consideration in the state Legislator and have mostly received a positive response from cities throughout California.

"When I watched the news conference when David Chiu talked about his bill, he featured two people who have been impacted by high-speed crashes," Lopez added. "First up was a woman named Jenny Yu of San Francisco, whose mother was hit and severely injured while on a crosswalk. There was another woman whose 18-year-old son was hit and killed in San Jose. Chiu also had the support of the mayors of Oakland, San Francisco and San Jose. That bill also has the support of the city of Los Angeles. There will be some opposition. Some folks do not like this idea and think it is an invasion of privacy or think the equipment will not work accurately. But the legislators and transportation officials are working through those glitches, and I would like to see these bills both go through. An LAPD officer summed it up for me when he said people need to slow down. We all have to be mindful, and just because there is a little less traffic does not mean there is not a grave danger out there for ourselves and others."