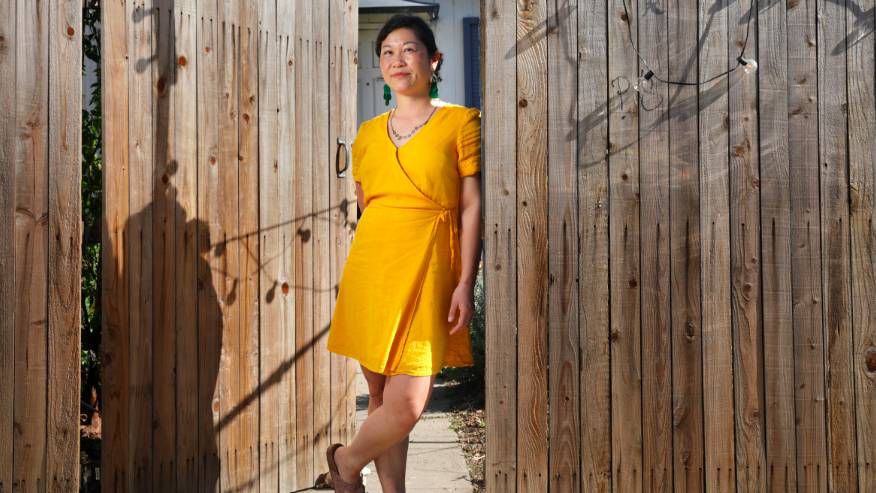 Each letter includes a song recommendation (and, in one case, a Mary Oliver poem) to listen to during chemotherapy.

In an effort to create community and comforting membership in a club no one ever wanted to join, UCLA Health began a project in April, collecting letters from cancer survivors to be given to new patients starting chemotherapy.

In an interview with LA Times Today host Lisa McRee, staff reporter Deborah Netburn talked about the program and some of the women she met.


Netburn said this project began after UCLA no longer allowed chemotherapy patients' to receive visitors due to the coronavirus pandemic.

"A social worker at the Simms/Mann-UCLA Center for Integrative Oncology was thinking especially about people who were starting chemo for the first time, and how challenging that would be to not have someone there with you while you're embarking on this. So she wanted to figure out how to find some support. She thought she would have people who have been through chemo write letters to people just starting chemo for the first time. Hearing it from someone who has been through it, I think, is very meaningful, authentic, and powerful."

The Simms/Mann center also offers therapy and counseling to chemo patients. The counselors were the ones who reached out to the patients to see if they would be interested in taking part in the project.

"What was interesting is that for a lot of letter writers, this was very therapeutic for them. It gives meaning to your suffering, I think, to be able to help somebody else," said Netburn.

Some of the letter writer's instructions were to provide general advice and include music and song recommendations.

"What I love about this is I feel it is almost spirit to spirit. They did not gender themselves or age themselves, or anything like that, and they do not know who they are writing to. Another idea they had was to have each writer select a piece of music that had helped them when they were getting chemo. It is so great because the songs that people chose really show a spectrum of people. There were musical selections, classical music, Beyoncé, and just this wide variety of music that people found helped them," added Netburn.

One of the women Netburn met was 70-year-old Tulin Mangir, who started her chemo treatments nearly a decade ago after being diagnosed with multiple myeloma, a type of blood cancer that affects plasma cells.

"The interview I did with her probably impacted my life forever, and it was only two hours. She was a remarkable person; she came from Turkey to California to study engineering in the 60s and was the only woman in her engineering class. She worked for NASA on space missions, which had always been her dream. She was the coolest person. One thing she kept telling me she wanted to express in her letter is that you need to accept chemo as a healing fluid and not as poison. I'm going to hang on to that. I had trouble getting hold of her to fact-check the story after it was done, and I found out from her son that she died the day the story ran. She had a lot of wisdom to share, and I know that she will help so many people with her letters."

Click the arrow above for the interview. Watch LA Times Today at 7 and 10 p.m. Monday through Friday on Spectrum News 1 and the app.

“Not being scared is not an option. You will be scared, you will be anxious. But you have to be clear in your mind that this is going to be healing for you."https://t.co/qPWQknO5c1