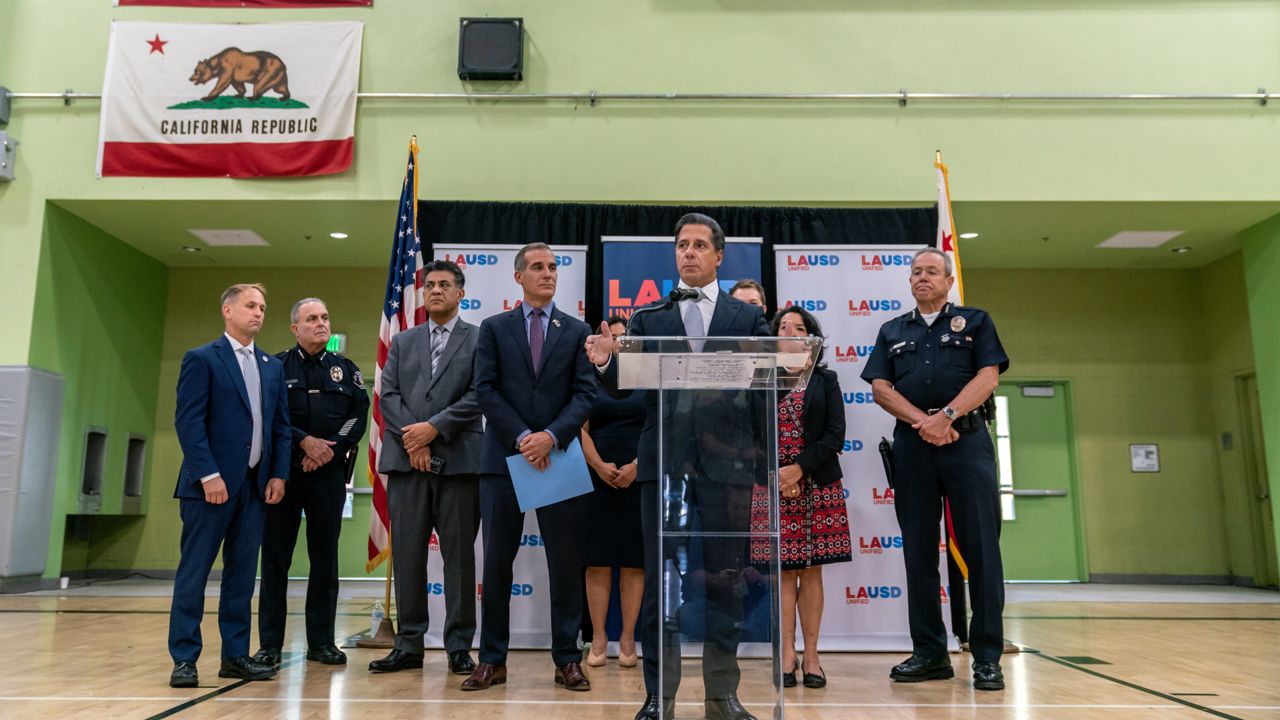 The Los Angeles Unified School District continues to work toward being fully operational after the district was hit with a cyberattack last week.

The attack led to a shutdown of the district’s computer systems and caused frustration among students and teachers as they returned to school following Labor Day weekend.

“Inside the Issues” host Alex Cohen spoke with KPCC Education Reporter Kyle Stokes about how the cyberattack impacted LAUSD.

“I mean, everything from student attendance is taken online,” Stokes said.

Stokes said school districts have become targets for these types of attacks.

“Cyber attackers often hit in these early parts of the school year, according to cybersecurity experts I've been talking to, because ransomware attackers know that school districts will pay the ransom,” he said.

LAUSD Superintendent Alberto Carvalho said in a news conference Tuesday that no immediate demand for money was made to the school.

“School districts are high leverage targets, because if you close down schools, it ends up costing schools more than potentially what the ransom demand might be,” Stokes said.

The district is working with local law enforcement as well as the FBI and the Department of Homeland Security to find out who was responsible for the attack.

All students and LAUSD staff are required to reset their passwords in order to get access to their online systems. Stokes talked to teachers who said that process proved to be difficult in the days immediately following the attack.

“There's a lot of frustration among teachers that they're still having to shelve lesson plans that are dependent on all of this integrated technology, because students don't have access to the files,” Stokes said. “Teachers may have reset their passwords, but there's still spotty reports about it [taking] a while for the district's systems … to get synced back up with your credential.”

As of Friday, LAUSD said the conditions have improved and a hotline will be available on Saturday to support students and staff that need password help.

The cyberattack was not the only problem for LAUSD schools last week. A 10-day, recording-breaking heatwave stressed many of the district’s aging HVAC systems.

“I actually had one tweet during this whole thing that said, we're in the middle of a cyberattack, and the most pressing need at my school is actually the air conditioning,” Stokes said.

Stokes said the district deployed a lot of emergency portable air conditioning units and treated conditions on some parts of campuses as an emergency.

"They were talking about how kitchens in the district, many of which are not air conditioned, have temperatures inside very early in the day as high as 117, 120 degrees.” he said. “So the district had been deploying emergency solutions for that.”

Stokes says his reporting found that the HVAC systems at nearly 600 of the 676 campuses are “beyond the end of their useful life.”

LA Unified, like other districts across the country, received pandemic relief from the Elementary and Secondary School Emergency Fund. This could have been used to improve HVAC systems, but Stokes says the district dealt with more pressing concerns like putting in strong air filters and rewiring systems to circulate air.

“An air conditioning system is super expensive,” he said. “A lot of the money here from the stimulus went to these more urgent pandemic-related needs.”