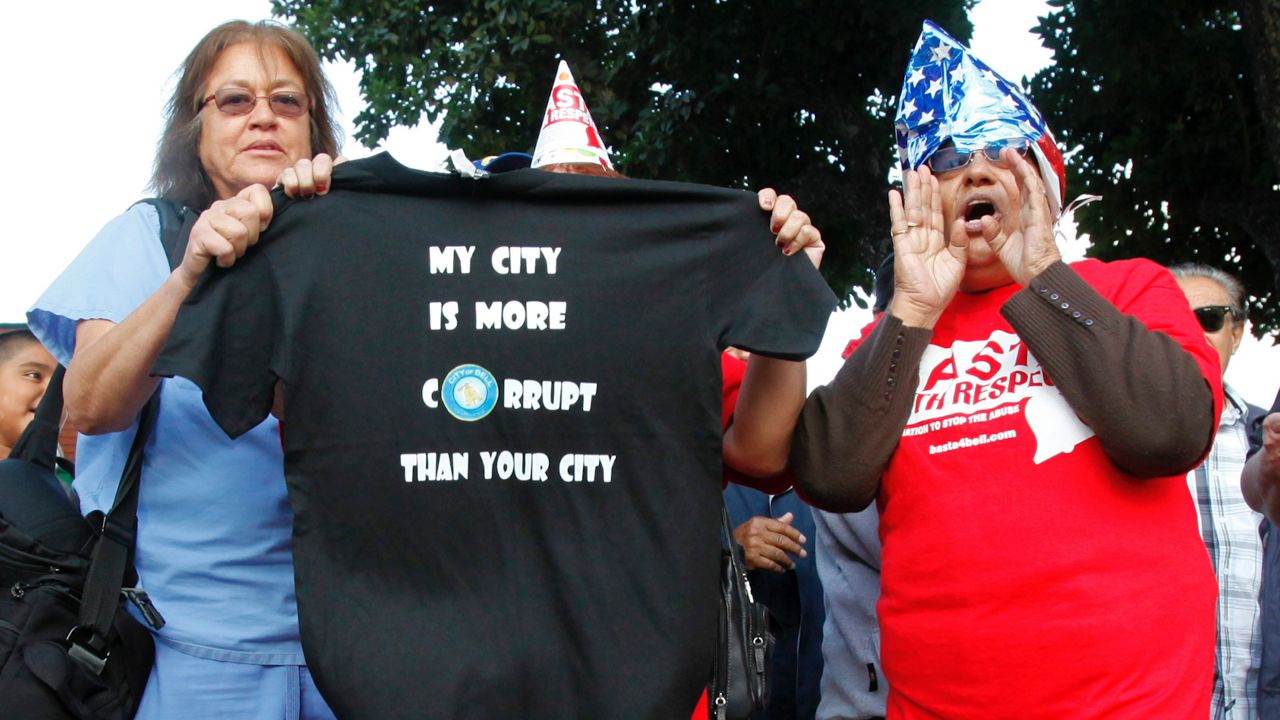 LOS ANGELES — For a city of angels, we’ve had our share of scandals. Go back to the 1920s and 30s and you’ll find the stench of corruption in the air.

Los Angeles may not have the same gangster notoriety as Chicago, but make no mistake, there was no shortage of backdoor wheeling and dealing.

MORE INSIDE THE ISSUES:

Take Frank Shaw for example. He was elected mayor of L.A. in 1933 and many say took public corruption to new heights with allegations of bribery and extortion. His administration was seen as one of the most crooked in L.A.'s history, but Shaw was never officially charged with a crime, perhaps because he also had friends in law enforcement.

On January 14, 1938, a bomb exploded in the car of private investigator and former officer Harry Raymond. Raymond had been looking into the corrupt practices of the Shaw administration and despite being struck by more than 150 pieces of shrapnel, Raymond survived.

The media initially blamed the mob. Turns out, he had been under surveillance by a secret unit from the Los Angeles Police Department for months. A police captain was indicted and convicted, but there were indications the directive came from city hall.

Either way, the bombing outraged the public so much, they voted Shaw out of office in 1938, making him L.A.’s first and only mayor to be recalled. 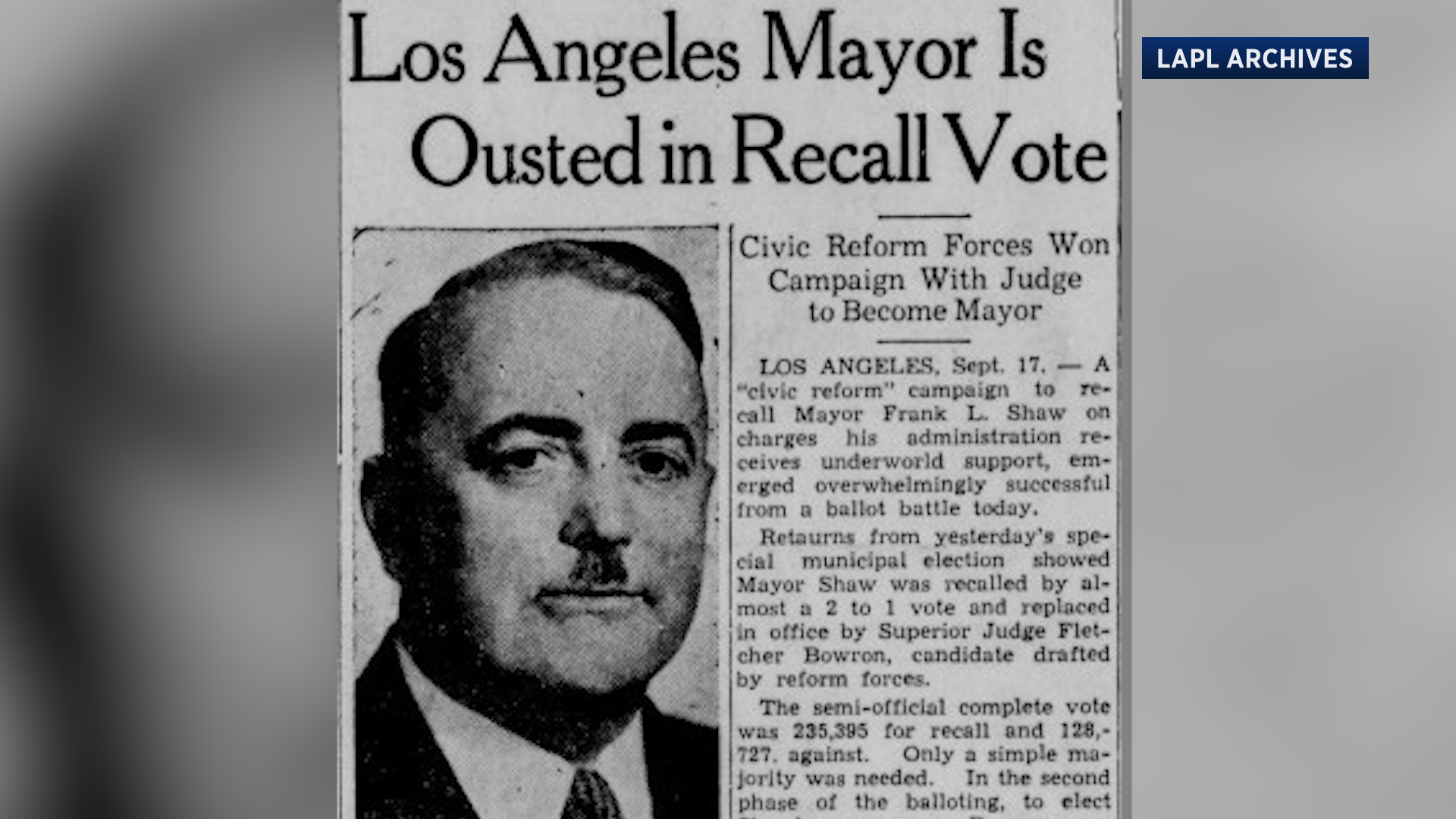 Fast forward to the 2000s, where a city of just two square miles and 37,000 residents becomes synonymous with corruption. City leaders in Bell are exposed for blatantly misusing public funds. The Los Angeles Times broke the story in July of 2010 when they published an article on possible wrongdoing in the neighboring city of Maywood. It quickly found city officials in Bell had some of the highest salaries in the country. Further investigations revealed high property tax rates and allegations of voter fraud in city elections. Residents demanded city officials resign.

Former city manager Robert Rizzo was allegedly considered the ringleader among the "Bell Eight." His annual salary was almost $800,000 before he stepped down. In total, city leaders were accused of cheating residents out of about $5.5 million through hefty salaries, benefits, and illegal loans of tax money.

In November 2018, the FBI raided L.A. City Councilmember Jose Huizar’s office at city hall. Agents emerged with several cardboard boxes but didn’t really say much. They also searched his field office and his home. Reports indicate federal agents have been scouring his records for details of financial connections to developers.

According to a search warrant filed in court, agents were seeking evidence related to an investigation into an array of potential crimes, including bribery, kickbacks, extortion, and money laundering involving 13 people.

The warrant described a web of possible corruption. Investigators appeared to be looking at whether campaign donations were traded for promises of project approvals.

So far, nobody has been charged with a crime.

Other SoCal cities have also seen their share of political scandal in recent years.

In Beaumont, a former city manager basically got city developers to embezzle almost $43 million in public money from 2003 to 2015, nearly bankrupting the city.

He worked with them to sign fake contracts to throw off the city and county when they began asking about missing transportation fees. Meanwhile, those fees were going into secret bank accounts.

In December 2017, four former Beaumont city officials pleaded guilty and paid a combined $8 million in restitution and were put on probation.

In Cudahy, George Perez, the city manager, was fired in 2011 after allegedly orchestrating a shady jurisdiction. Federal investigators were looking into widespread bribery, fixed elections, illegally obtained drugs, and other misconduct.

He was never charged, but three city officials pleaded guilty to what investigators called “deep-rooted” corruption.

It especially shocked the city because Perez was known as Mr. Cudahy and reportedly even had a tattoo of the city seal on his leg.

Vernon's corrupt reputation inspired the fictional city of Vinci in season two of HBO's True Detective. Two city managers recently pleaded guilty to public corruption charges. One of them admitted to hiring his wife as a contractor and the other for misappropriating funds. It all played out around the same time as the scandal in Bell.