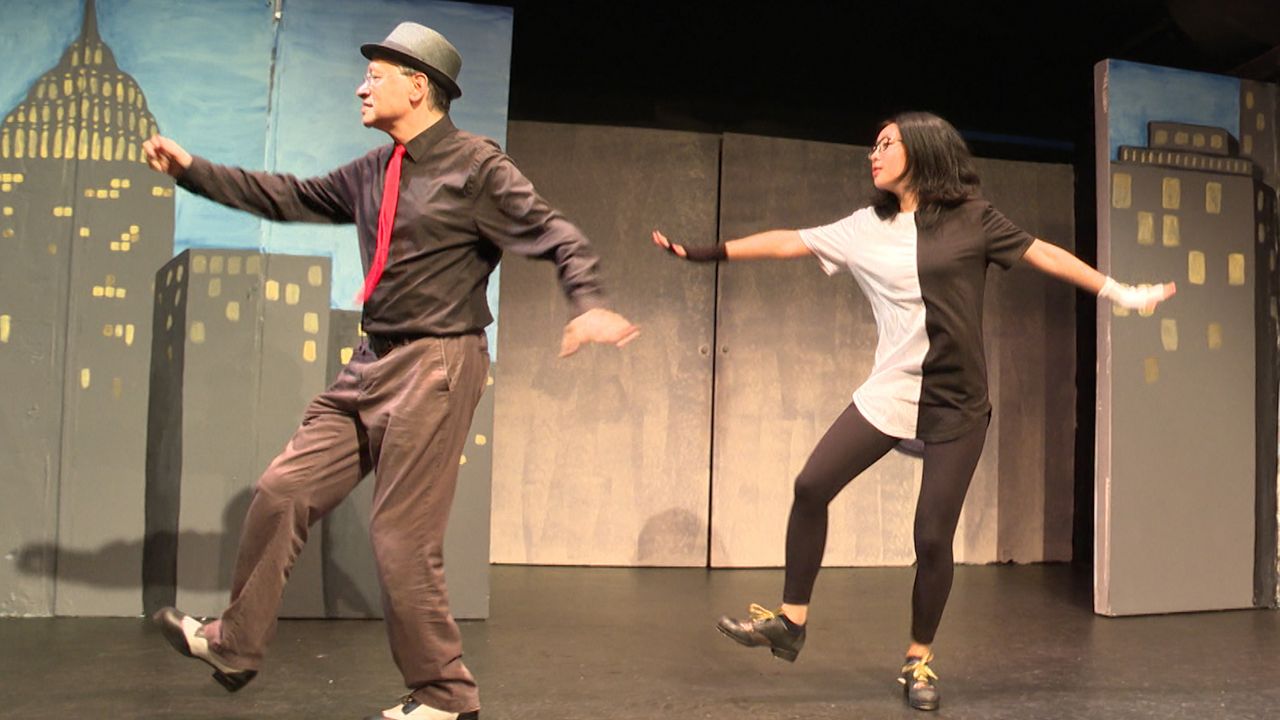 Love of Tap Keeps "LA Times" Reporter on His Toes

You could say Howard Blume is light on his feet.

"I started teaching tap in my mother’s dance studio when I was 14-years old," he said.

He still teaches tap classes to students of all ages in Atwater Village, but despite all the fancy footwork, most people actually know Howard from his byline as an education reporter for the Los Angeles Times.  When they hear he can tap.

MORE INSIDE THE ISSUES:

At the Fremont Center Theatre in South Pasadena, Blume held a dress rehearsal for his most recent dance show Tap-Water —a dystopian noir that looks at Los Angeles in 2070, hit hard by climate change.

"Water is a precious commodity, delivered to the rich, under the Trumpletts water company," Blume says in the show.

But he says he’s not trying to deliver some deeper political message. He simply wanted a relateable topic to build a fun and funny show around.

"You think for a moment, 'Is this going to be dark and depressing?' because we want you to think that at first and then in a few minutes, we want to say, 'Nah. It’s actually going to be fun,'" said Blume.

The show was two years in the making. Blume came up with the choreography in class and then gradually began to think about how to structure it into a show. His half-sister, who played the villain, says he’s a master at it.

"Very much like a Seinfeld episode, where you think none of these plots go together, and somehow after 30 minutes, he’s wrapped it up in a nice knot and it makes sense," Karla Blume said.

The variety show was filled with classic tunes from Cole Porter and George Gershwin along with more modern genres, including a tap-style rap.

Blume doesn’t plan on quitting his journalism job anytime soon, and says news exercises his mind while tap keeps him on his toes.

"It is a truly American dance form," he said.