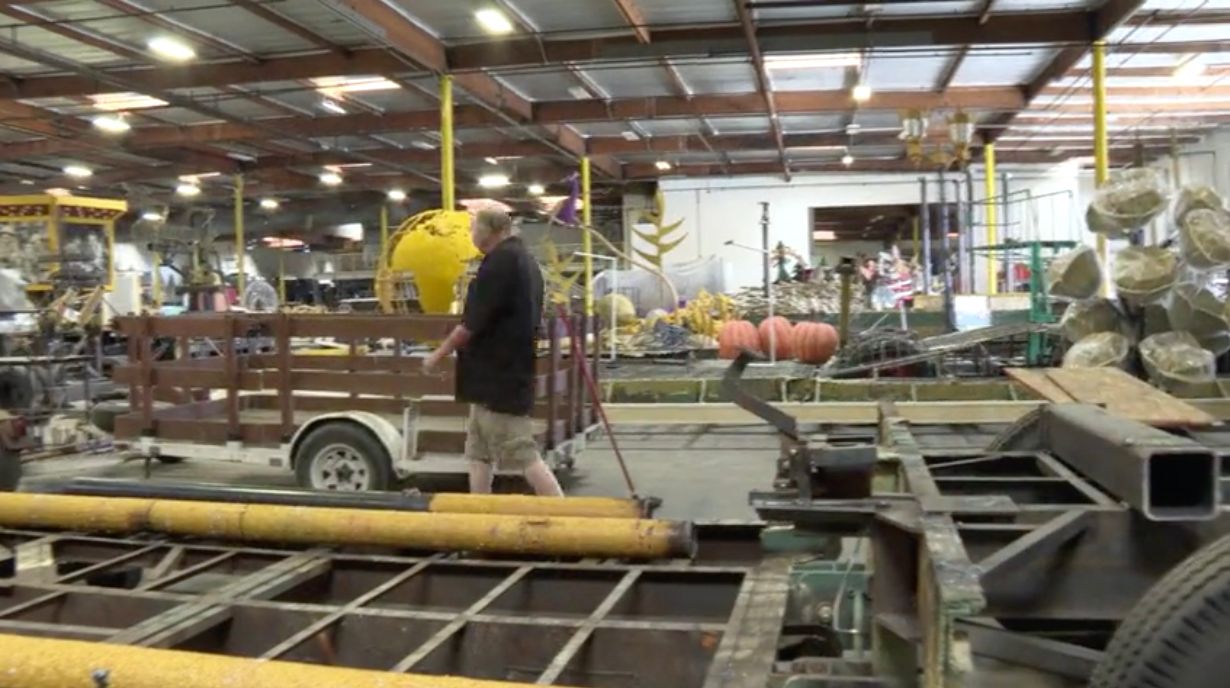 For First Time in Decades, It's a Year Without Roses in Pasadena

PASADENA, Calif. — Quiet is not usually the word Fiesta Parade Floats owner Tim Estes would use to describe Decembers in the 80,000 square foot Irwindale warehouse.

"It is strange for December to be this quiet," he said walking throughout the warehouse. "Usually we’re cranking, 44 workers, working 65 to 80 hours per week.”

But this year, just three workers are milling around the shop — the building like a museum to Rose Parades past.

In fact, Estes' life in and of itself, has been revolving around the annual event for almost 60 years.

“I started decorating floats when I was 8-years-old," he explained. "They’re kinda like big tinker toys for me, trying to figure out how to build them.”

His company has become the most awarded float decorator in Rose Parade history, but in 2020 not one float will come rolling out of its doors.

In July, the Tournament of Roses made the tough call to cancel the parade due to the coronavirus pandemic. While Estes believes it was the right call, it was extremely hard on him and his business.

“We’ve lost pretty much about 99% our yearly income," he said. "That’s almost everything, so it’s been pretty tough on everybody.”

Aside from the financial impact, the decision was an emotional one as well. His shop is a hub for community during this time and the parade a sign of hope for so many.

Bob Miller, the president of the Tournament of Roses parade, says it's that emotional tie that will make the return of the parade all the more special in 2022.

“It will be a fresh start," Miller said. "By that time the vaccines will be well in place, we’ll all be healthier."

"We may still be in masks and the parade may look different, but it will be an incredible celebration of the human condition.”

And it's what keeps Estes going as well, the hope that his floats will inspire others once again in the coming year.