“He was an exemplary officer and he embodied each of the core values officers still strive to live up to today,” Moore said in a statement to Spectrum News 1. Moore's statement followed the publication of a Spectrum News 1 report exploring the life and history of Robert Stewart.


Stewart was born into slavery in Kentucky, and after emancipation, eventually moved to Los Angeles with his wife and son. A locally-prominent Black Republican, Stewart was one of two Black men appointed as police officers in 1889, alongside Joseph Green.

Stewart’s career lasted about 11 years, with a brief break to become the first Black candidate for elective office to be endorsed by a major party in Los Angeles. He was well-respected in the community and lauded for his ability and character as a police officer. He also endured constant race-based slings and slights in newspaper accounts and on the streets of Los Angeles. 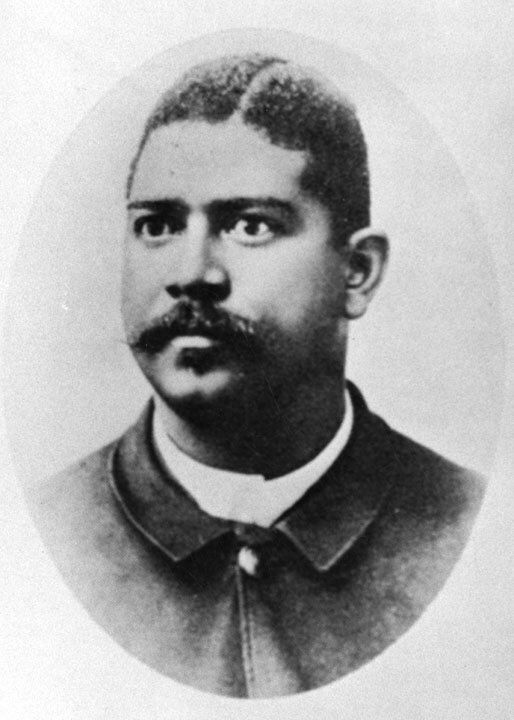 But Stewart’s good record was tarnished when a white 15-year-old girl accused him of rape in 1900. He was removed from the department without an opportunity to defend himself and later acquitted of the crime. Stewart never regained his badge, and died 30 years later, working as a custodian and laborer until his death.

“Officer Stewart’s improper termination for an allegation he was proven innocent of was all the more unjust when compared to his stellar work history and personal character,” Moore said in his statement.

“The LAPD is committed to confronting its past and correcting for past missteps. As part of that commitment, Officer Robert William Stewart’s contribution to the LAPD and the communities he served will be formally recognized,” Moore continued. “It is my intention to ceremoniously reappoint Officer Stewart and provide him the honorable retirement he was previously denied. We will also memorialize Officer Stewart’s life by naming a classroom or other prominent location within the Department’s facilities in his honor.”

Historian Mike Davison, whose work helped uncover a great extent of Stewart’s life, was pleased with Moore’s statement; it confirmed rumblings that Stewart had heard since the beginning of the year.

“I’m glad it’s finally going to happen,” Davison said. “Really, I just wanted them to fix their dang website, so this is more than I expected.”

To date, LAPD has listed an incorrect date of hire for Stewart; among other things, Davison determined Stewart’s actual date of employment, as well as the beats he worked, and some of his feats of policing — including stopping a runaway team of mules by hand.

Retired LAPD Lt. Rita Knecht was also pleased, but unsurprised. She knows Moore personally and “never doubted” that Stewart would be honored. Knecht, who specializes in genealogical research, worked to put together biographical packages on Stewart and Green for the Los Angeles Police Museum.

“He’s very sincere about this…there was an intention to have Robert reinstated, but the part that I had not heard before is naming a room after him,” Knecht said. “I think that’s fantastic…doing something permanent that reminds people who Robert was.”

The posthumous reinstatement of an officer might be new ground even in the 151-year history of the Los Angeles Police Department.

“I don’t know if it’s ever been done, to be honest with you. I’ve been on for 40 years, and I’m not aware of anything like this happening,” said Bob Alaniz, the Chair of the Board of Directors for the Los Angeles Police Museum. Alaniz is an active duty LAPD officer and his job, almost literally, is to steward the department’s history. He works to introduce historical events to recruits for training purposes and is working on a project highlighting the lives of officers who fell in the line of duty.

The museum’s role, Alaniz said, is to preserve and interpret the history of LAPD and build relations between the public and police. Even within the last year, the museum had plans to honor Stewart, though they fell through for various reasons. He hopes to have something coordinated for next February, in accordance with Black History Month.

John Thomas, the chief of the University of Southern California Department of Public Safety, is also unsurprised by Moore’s statement. A retired LAPD Lieutenant, Thomas is renowned for his research on the history of the department’s Black officers. But he hopes that LAPD will go a step farther than a room.

“Let’s put a bust of him in the courtyard, in the center area, in front of the Police Administration Building,” Thomas said. “(Stewart) couldn’t redeem himself, but every Black officer that followed in his footsteps at LAPD owes a debt of gratitude for opening that door and paying a pretty significant cost.”