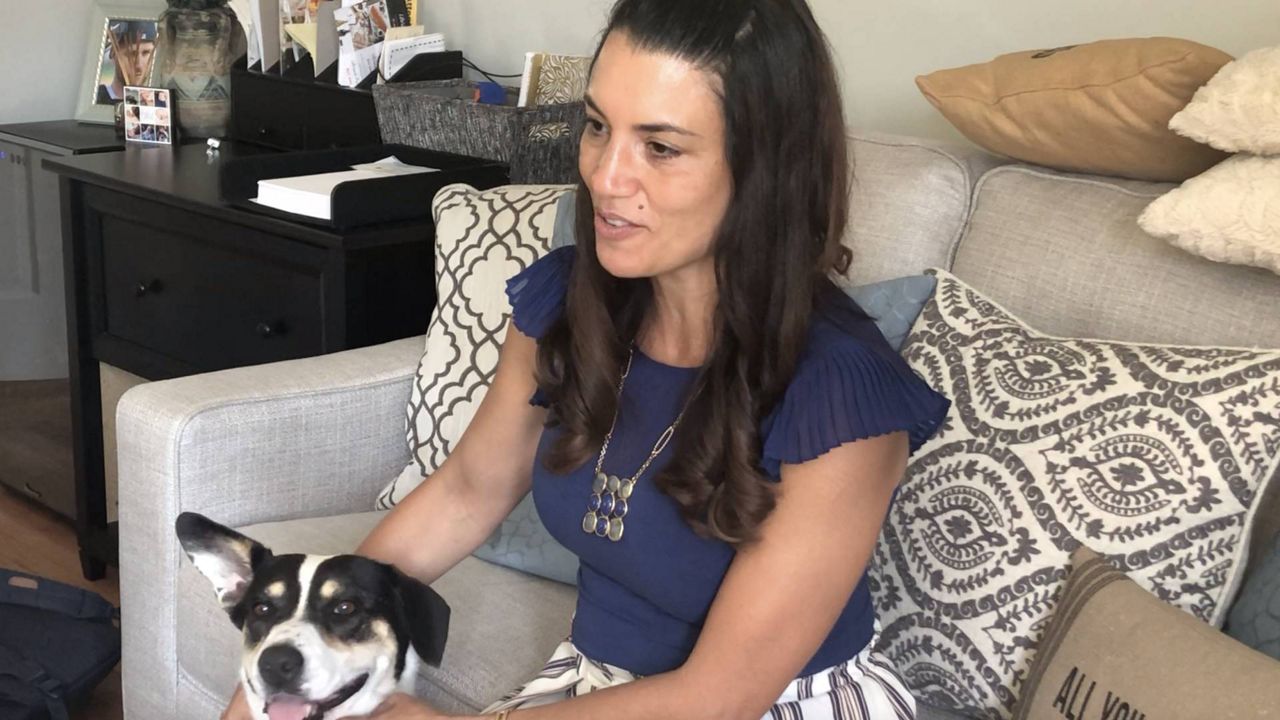 When she's not out in the field, SportsNet LA reporter Alanna Rizzo is saving dogs like Sasha who she’s been fostering for about six weeks.

SportsNet LA Reporter Aims to Save as Many Dogs as Possible

MANHATTAN BEACH, Calif. — Giving snuggles to her dog Sasha is one of Alanna Rizzo's favorite things to do.

You may know Rizzo as the sports reporter and anchor for Spectrum SportsNet LA, giving you the lowdown on the Dodgers all season long. When she’s not working, she is saving dogs just like Sasha, who she’s been fostering for about six weeks.


“Sasha was on this ranch with these other dogs and basically lived her entire life in a cage," Rizzo said.

Sasha is one of about a hundred dogs saved over the last year by Guidry’s Guardian Foundation, the nonprofit Rizzo started. She named the foundation after the first dog she adopted who lived in three different states with her during her career.

“I didn’t really grow up with a dog in my home," she said. "When I adopted Guidry in 2009, he really just changed my life. I had no idea, I don’t have children of my own and I had no idea what it was like to have that unconditional love for something."

Guidry passed away in July 2019 just as Rizzo began her nonprofit. In the past year, Guidry’s Guardian Foundation has helped save about a hundred dogs through fostering, adoption and medical attention. Money is raised through donations and fundraisers like the one she held in January, which she called "Scorekeeping 101" for women who love baseball.


“We have so many dogs across the country in shelters that just get killed simply for the fact that there’s just no room in shelters and they don’t have the resources that these dogs need," Rizzo said. "And dogs by the thousands, tens of thousands get euthanized on a yearly basis across our nation."

Her goal is to save as many dogs as possible. "It’s just important for me to do what I can to spread awareness and do what I can to make L.A. a better place." A movement inspired by a pup she let into her heart and life about a decade ago will now hopefully change the lives of dogs for years to come.