The growing memorial for Kobe Bryant outside Staples Center this morning is a sea of purple, gold, and personal messages about what the Lakers legend meant to Southern Californians and the rest of the country. (Spectrum News/ Kristen Lago)

Tributes to Kobe Bryant Popping up Across Los Angeles

LOS ANGELES – Tributes to Kobe Bryant are spreading across Los Angeles as the community mourns the loss of the former Lakers player.

From murals to jerseys, fans are showing their support for the Bryant family after the passing of the 41-year-old father of four on Sunday in Calabasas.

At Santa Anita Park the Seabiscuit statue is honoring the basketball legend with a flower wreath and blanket with his Lakers number. 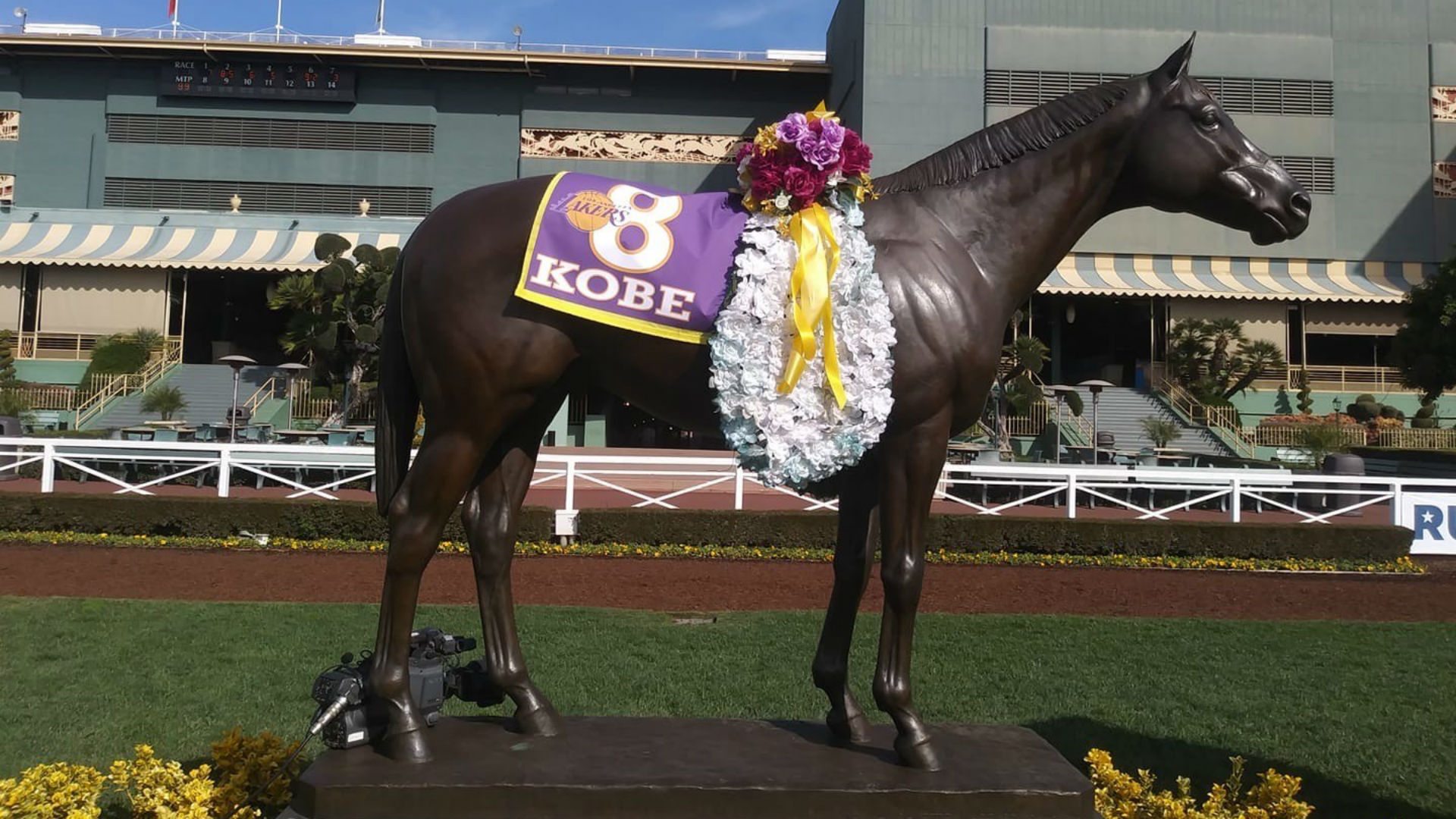 To honor Bryant, on Sunday fans gathered at the Staples Center and created a growing memorial of flowers and candles. Bryant led the Lakers to five NBA championships and was known as an inspirational figure on and off the court.

An aerial view of fans as they gathered outside Staples Center to pay tribute to Bryant.

Fans have continued to look for ways to express their grief over the unexpected death of Kobe Bryant. One fan at a loss for what to do, simply grabbed her favorite No. 8 jersey and headed for a freeway overpass. 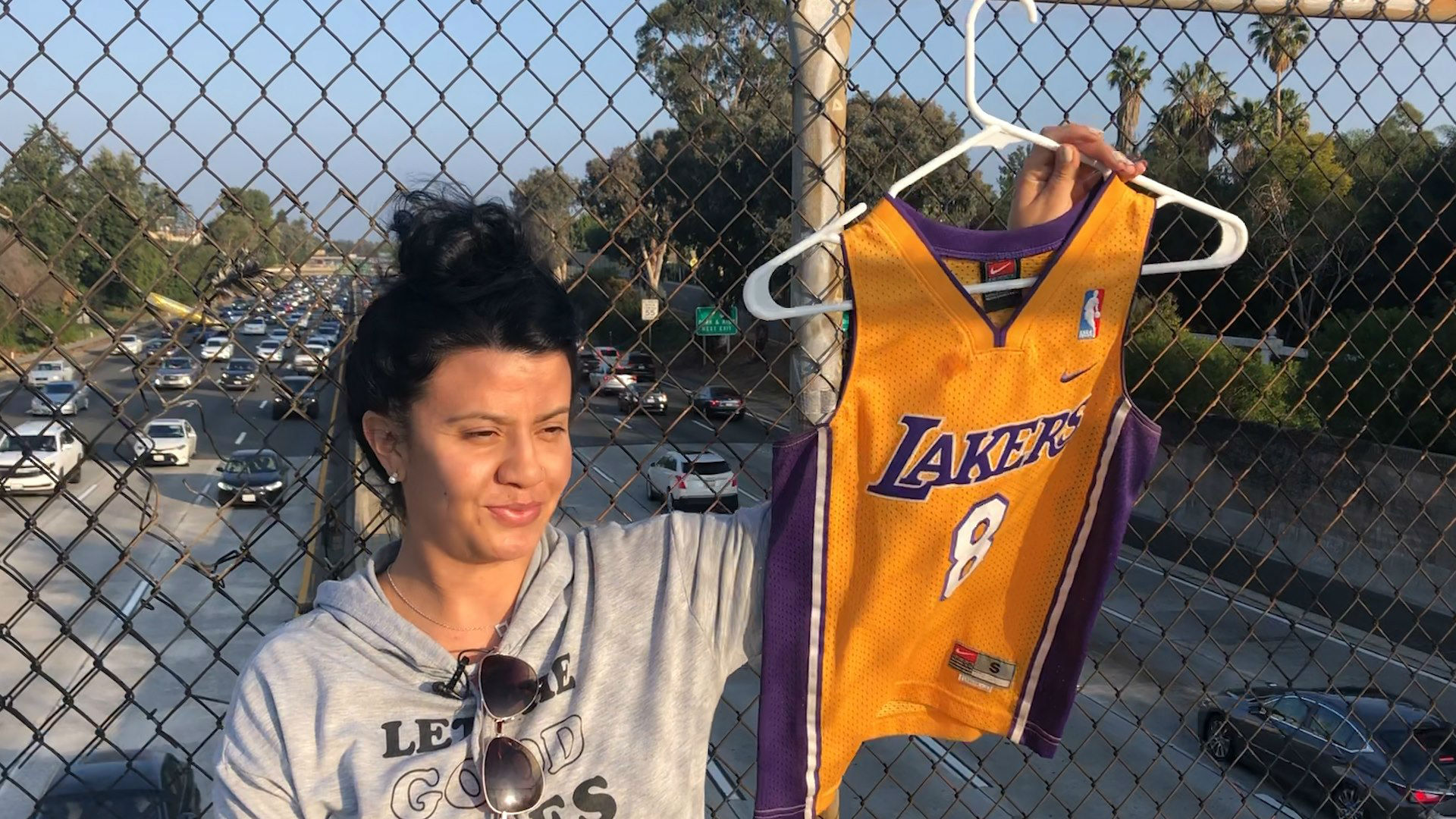 A Kobe Bryant mural is going up in West Hollywood at the Pink Dot convenience store to honor the life and legacy of the former Lakers' player.  Artist Muck Rock is currently putting the final touches on the mural as the community continues to mourn. 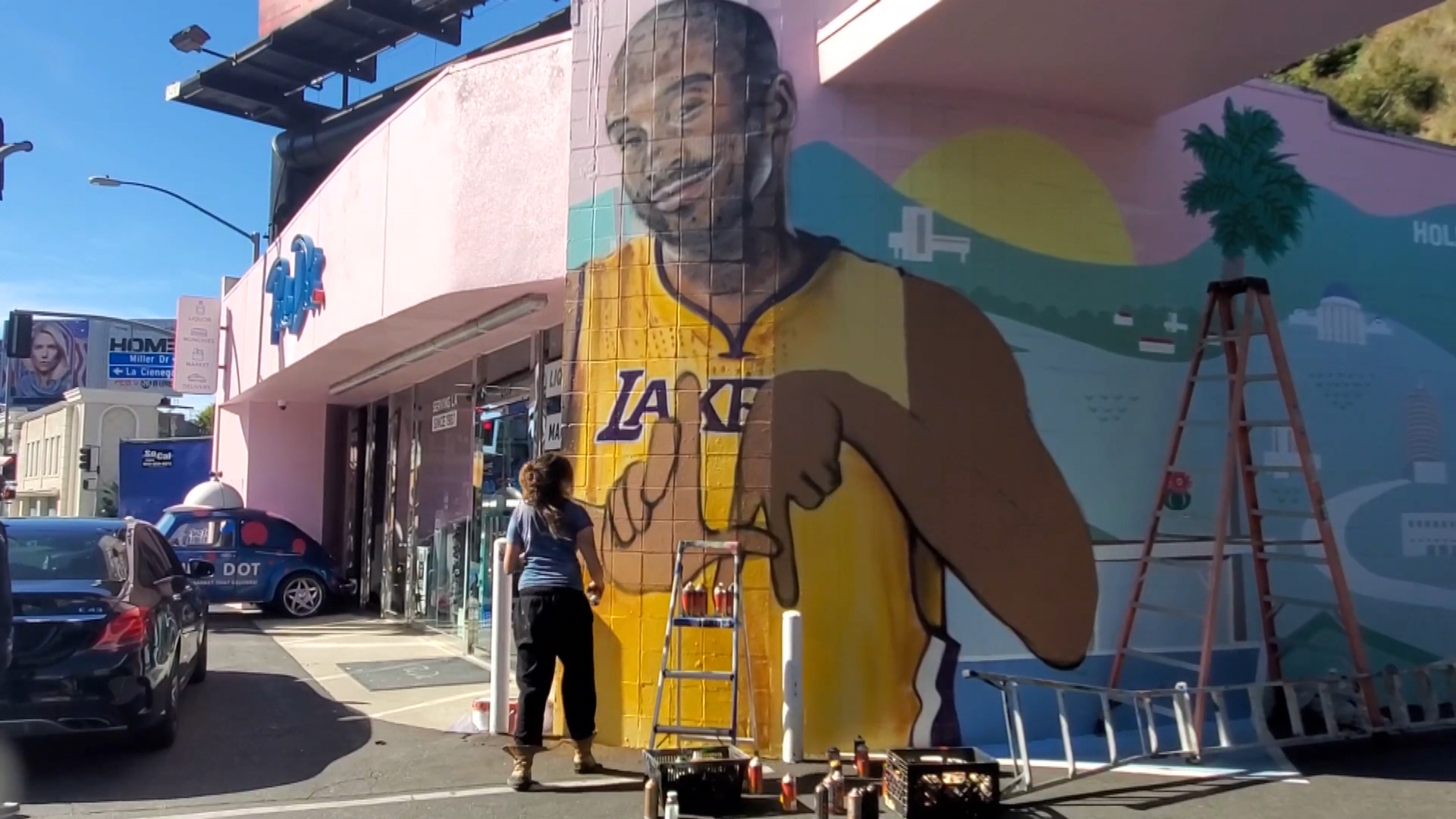 Olympic gold medalist Cappie Pondexter who patterned her game after Kobe Bryant was going to teach his daughter the rules of the game before their passing.

STORY l Kobe Bryant Had a Passion for Women's Basketball 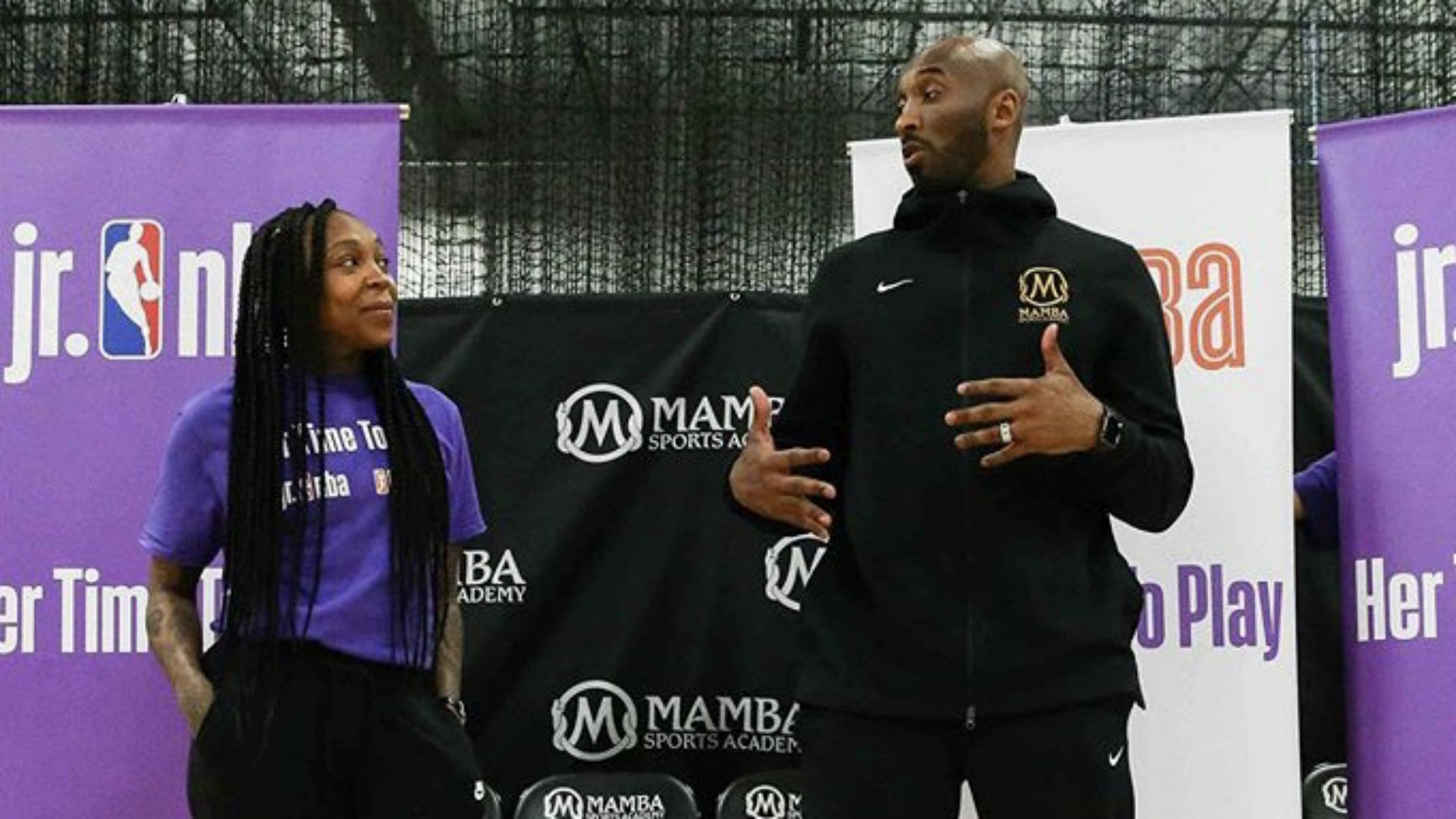 Randy's Donuts (Inglewood) is celebrating the life of Kobe Bryant and mourning his passing by lighting up their world-famous giant donut in the Lakers' signature colors - purple and gold.