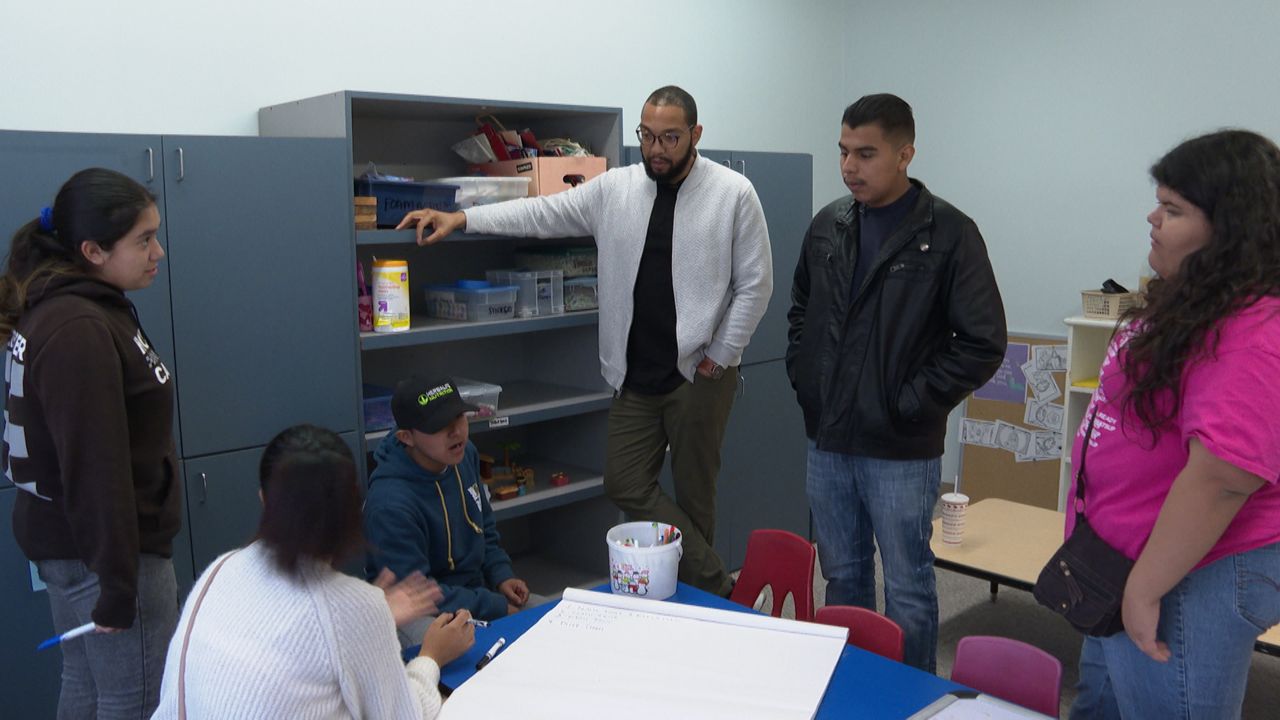 CANOGA PARK, Calif. — Building an after school program basically from scratch that fits the needs of a specific community is what these teens are being tasked to do.

“They are starting the planning process. Laying out what a day would look like. Everything from getting to know you, to when they’ll do homework,” said program director, Dionte Grey.

The teens, who are from Canoga Park High, have the guidance of Grey the program director of Urban Promise LA, an organization that empowers local youth to design and run programs for those younger than them.

Jesus Garcia is what’s known in the program as a “street leader,” he said he appreciates the ability to be so hands on in this process.

“It feels like a great honor because we are getting to take care of kids and show them how to be more than just a person but as a leader and good people,” said Garcia

Urban Promise started in New Jersey back in the late 1980s and the model has been replicated globally.

For the Last three years, Grey has trained teens like Garcia in Charlotte. He says the program was so successful he felt L.A. would be a prime location. Specifically in the San Fernando Valley.

“We felt that we could come in and make an impact and that was our hearts and with the invite that we had, it was just a no-brainer for us to come in,” said Grey.

This was a huge commitment for for him as the husband and father of this young family.

“Logistically and practically speaking it was crazy, from packing to driving across the country, but since we’ve arrived here it’s been nothing but a blessing,” said Grey.

Which he says mostly comes in the form of watching these young people become young leaders.

“The true ownership comes from when they’re invited into the co-creation process and they get to put their ideas on the board and they get to decide things they want for the students. I think that’s the true power,” said Grey.