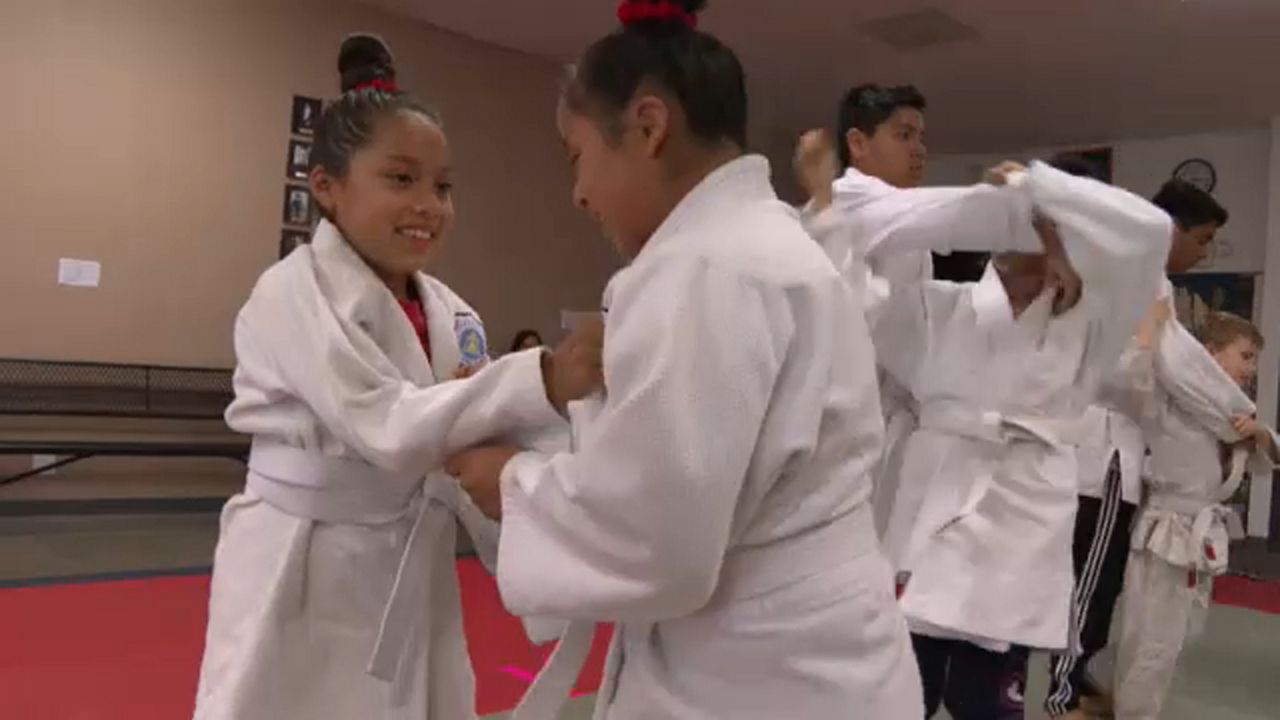 RIVERSIDE, Calif. -- Riverside Youth Judo Club has not only grown to become one of largest such clubs in the United States, it’s now the largest special needs judo club in the nation.

As nine-year-old Yaretzi Rosas bows at the mat, her heart is pounding and sweat trickles down her neck. She’s about to throw someone much taller and older than she.

Yaretzi is practicing powerful judo moves, but the word judo actually means “the gentle way.”  She maintains that attitude everyday with her sister Zitlalli, who has down syndrome. On and off the mat, the pair are inseparable.

"I love to do judo because I can be with my sister," Yaretzi said.

Yaretzi assumes the big sister role, even though she’s nine and Zitlalli is 13. She’s the caretaker and never likes to see her sister sad. Yaretzi jokes that she’s the "sensei-sister."

They are among more than 300 students from five- to 17-years-old at the Riverside Youth Judo Club.  About 65 of those children, teenagers, and adults have developmental disabilities. Pedro Villa is a behavioral analyst at the club and says most of his students, like Zitlalli, have mainstreamed into typical classes.

Judo is one of the few sports that a visual or hearing-impaired person can participate in…on an equal basis.

Satoshi and Hiroshi Nakama, father and son, are profoundly deaf. They sign to communicate and are among more than a dozen certified black-belt instructors who all donate their time here.

Volunteer Sensei Tadashi Hiraoka is a U.S. and World Champion in Judo, the club gives an annual scholarship bearing his name.

The club survives on donations from local groups…and has never taken taxpayer money.

For students like Zitlalli, being on the judo mat gives them the rare feeling that they are not disabled at all.