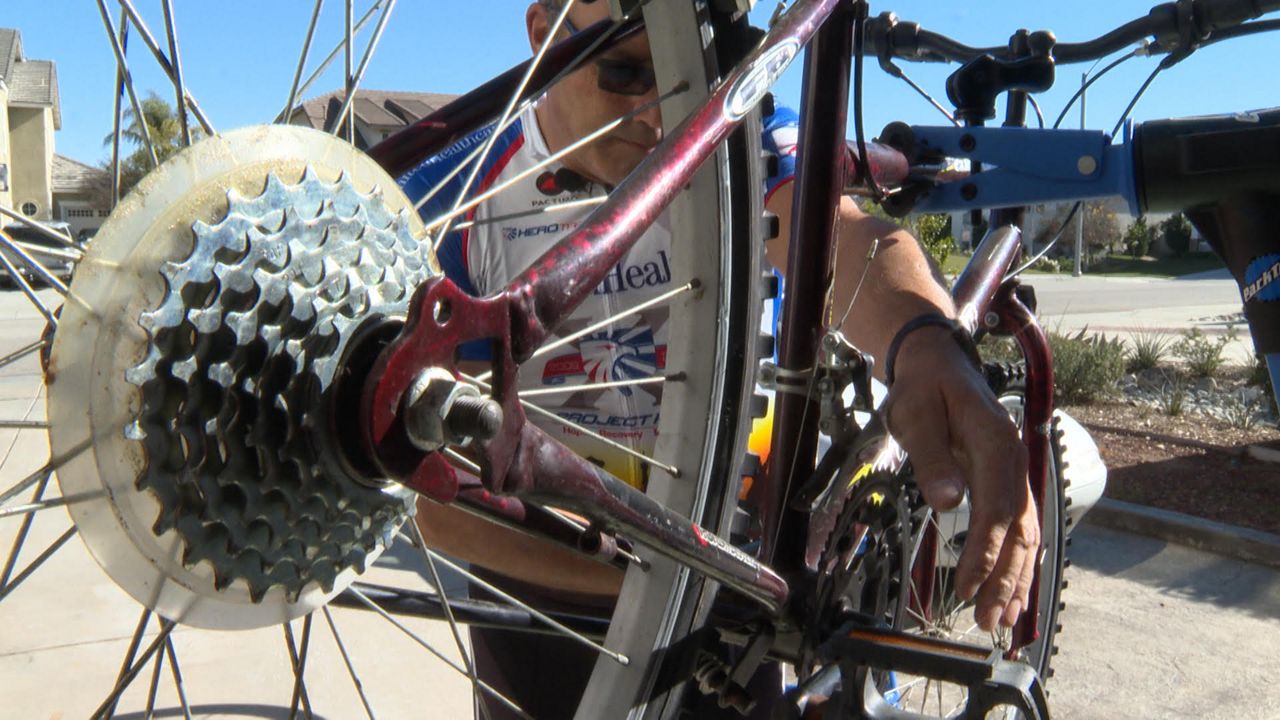 A bicycle is something many people can take for granted, but in Riverside one group of veterans is bringing their use to light.

"Bikes for Vets" is a program that comes out of the Riverside Police Department, in conjunction with Project Hero, a group dedicated to helping veterans and first responders who deal with things like post-traumatic stress disorder and other service-related injuries.

The bikes come straight from the police department, specifically from the Magnolia Avenue evidence room.

"They will come to us as evidence of a crime," Officer Scott King of the Riverside Police Department said. "The most common reason we would have a bike is for safekeeping when the owner has been arrested."

If a period of 60 days goes by and the bikes go unclaimed, they can either be put up for auction or donated as part of the "Bikes For Vets" program, a program led by former Navy sailor and special agent Mark Weidhase.

"With this program, [the bikes can] get someone that used to be homeless to the grocery store, to a job interview, to the store," he said. "It's about transportation, simple as that."

For Weidhase, there's more to the bike than just a means of transportation. When he returned from service, his bicycle supplemented medication.

"There’s something about bike riding that engages the entire mind and body," Weidhase said. "I got connected, found my tribe and stuck with it."

Once they are refurbished, Weidhase is hopeful that bikes he distributes will go on to help other veterans who might need it most.

"It saved my life and continues to save my life every time I get on a bike," he said.