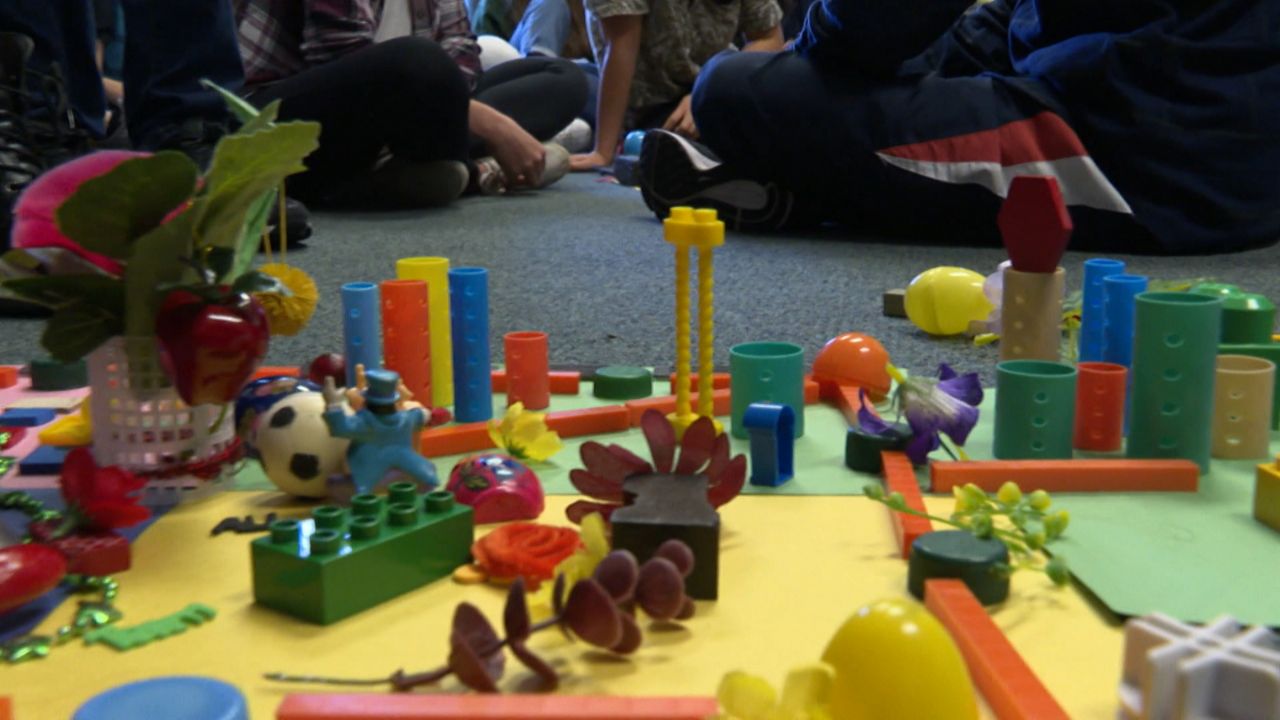 “How many folks have been to a city planning meeting? Raise your hand,” asks Rojas.

He’s here to jog a memory.

Experience not necessary. City planners typically use maps, but maps are flat and lack context. Instead, students are asked to take a favorite memory and re-imagine maps using objects. By giving them texture, shapes and forms, it’s a much more emotional experience.

Time to think outside the box.

Rojas believes designing and urban planning from a place of belonging is an ideal way to re-imagine how a city interacts. Living in a city means having neighbors, sometimes too close for comfort. These students are well aware of that and are already thinking ahead.

When tasked with re-imaging a city, these students prioritized renewable energy like solar and wind. They love animals so they want dog parks and locals farms to treat their animals humanely.

“Most of the city is like green space so we have our metro system here,” says one student about their map.

“One, I think they think more collectively so they want city centers, they want dense housing, they want to live more together,” says Cha. “They’re also not as enamored with cars and things that are really individual based. They really want public transit.”

The act of speaking up and including oneself in a process comes from a place of belonging.

“The whole idea is really to understand the city that’s in people’s heads and imaginations because what we see today will be gone tomorrow,” says Rojas.

And that’s where these future urban planners, Rojas hopes, may re-imagine our future cities.