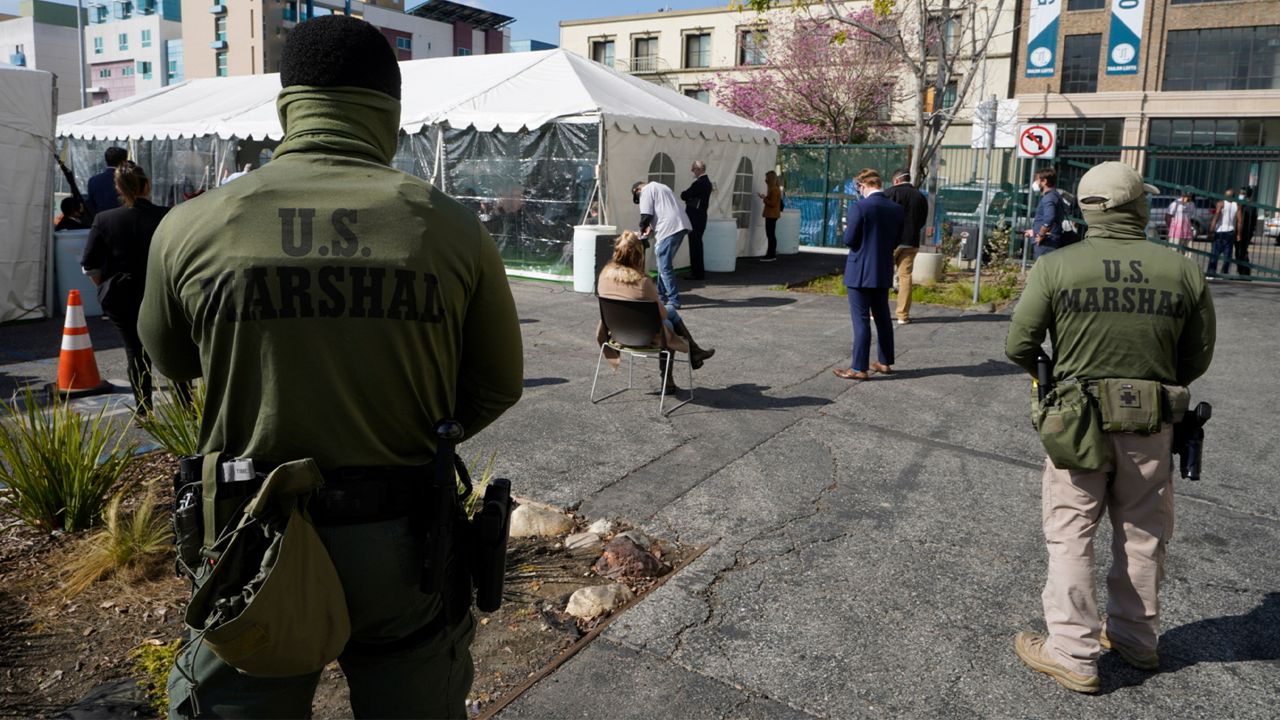 LOS ANGELES — A group of Los Angeles' most powerful elected officials lined up Thursday outside a women's shelter on Skid Row, as U.S. District Judge David Carter brought the federal court to the heart of the homeless crisis. The judge seeks to cut through a city bureaucracy that has largely failed to move people off the streets during the pandemic.

Homelessness in downtown Los Angeles is in "an ever-increasing spiral of death," Carter said, noting that overall deaths surged 32% in 2020, even after the L.A. Alliance brought the lawsuit in March.

County Supervisors Hilda Solis and Kathryn Barger, City Councilmembers Kevin De Leon and Mike Bonin, and City Attorney Mike Feuer came to testify in front of Carter. The latter is overseeing a lawsuit over the handling of the homeless crisis by the city and the county. The hearing was the first court session of the new year in a 10-month attempt to settle the lawsuit and quickly address the homeless crisis.

The plaintiff is the L.A. Alliance for human rights – a coalition of nonprofits, business owners, and community leaders.

At the hearing Thursday, elected officials and community members testified on the progress to house more people during the pandemic. Pastor Stephen "Cue" Jn-Marie said Skid Row is the legacy of racial segregation and discrimination, noting that 70% of the city's homeless are Black and brown.

"If we allow this thing to continue on the way it's going, we're going to get the same results," Jn-Mariee said. The Skid Row pastor supports more judicial oversight of the city's handling of the crisis under a consent decree.

Notably absent from the hearing was L.A. Mayor Eric Garcetti, who announced Wednesday he wouldn't attend during a COVID-19 briefing.

"I had a great meeting with Judge Carter yesterday face-to-face. I did see (the) order. I am unable to come tomorrow, but I said, 'Let's sit down the two of us,'" Garcetti said. "I love Judge Carter. I think he's fond of me. I'll let him say it. He's said it many times."

But at the hearing, Judge Carter did not appear to be pleased with the mayor's ability to house the homeless amid the pandemic, calling the current conditions on Skid Row "despicable." He peppered the mayor's aides with questions and said he was tired of "promises" and "shiny ornaments" without actual results.

He will judge elected officials on their performance, not their promises, Carter said.