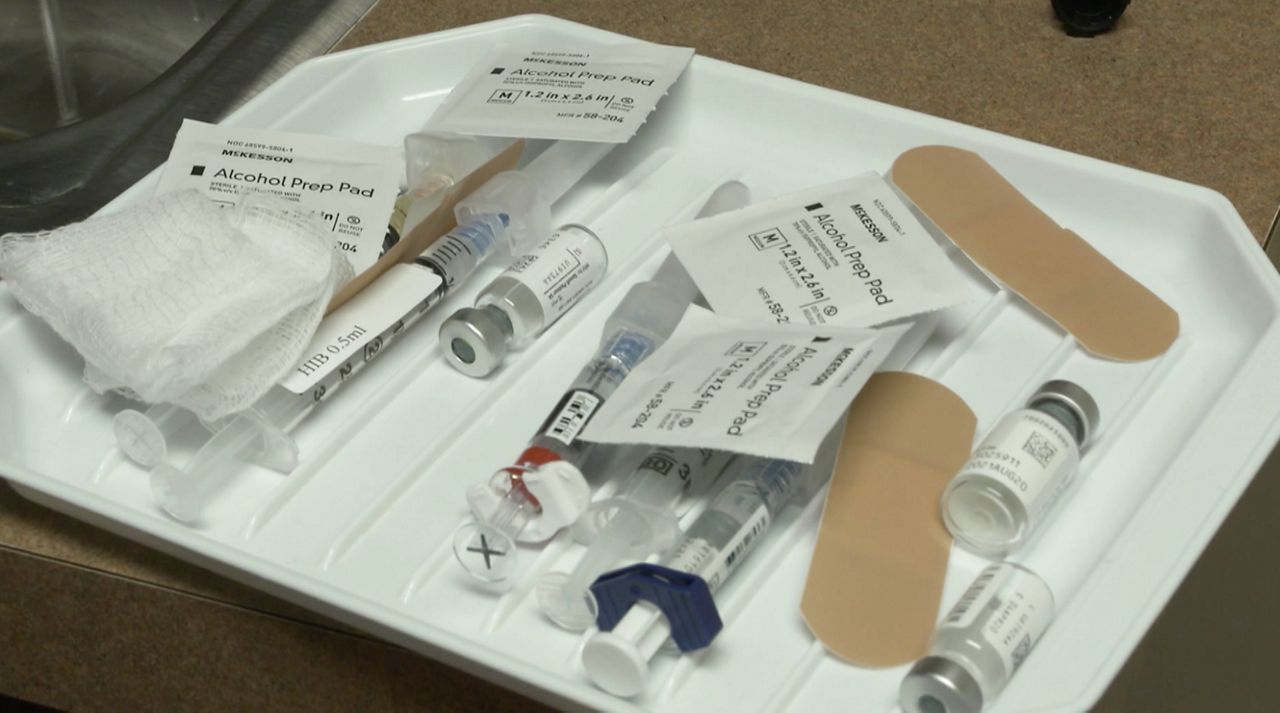 Childhood Vaccinations See Drop-Off as a Result of Pandemic

ALHAMBRA, Calif. - Fear of exposure to coronavirus has kept people out of doctors' offices for months, including parents who are worried a trip to their child’s pediatrician would be risky. Lisa Barrios, mom of two, says when stay-at-home orders hit in March, her youngest daughter was turning 1-year-old and due for routine vaccinations.

She says to complicate matters, there was less reliable information back in March about COVID-19.

“There was conflicting information about the nature of the spread of the disease and the symptoms and all of that,” she said.

But Barrios ultimately decided to keep her daughter’s appointment.

“I just thought that if the doctor was saying that it was OK, then I should just trust the doctor,” she said.

Barrios took her daughter in for the vaccinations. However, Dr. Ilan Shapiro, a pediatrician with AltaMed Health Services, sees many parents are making the opposite decision.

Despite safety protocols, such as temperature checks, screening questionnaires and mandatory PPE at his clinic, Dr. Shapiro says he sees fewer children coming in for routine vaccinations. He believes that puts them at risk for dangerous diseases.

“The other diseases like whooping cough are still out there,” he said. “Measles that we have had here in California and other diseases are preventable by vaccines.”

The most recent numbers from the California Department of Public Health are from May and show childhood vaccinations rates dropped by 40 percent compared to May of 2019.

Dr. Shapiro offers telemedicine appointments but vaccines and physical exams can only be done in person.

“This is a valuable time to have a conversation with the pediatrician to make sure that the weight is good, that the kid is fine and after that, we can do a lot of phone visits,” he said.

These are advantages Barrios agrees are important. “The benefit is she gets to see the doctor, have her check-up, make sure she's OK, and then get vaccinated against things that could be worse,” she said.

It gives Barrios peace of mind she’s doing everything possible to keep her daughter safe.