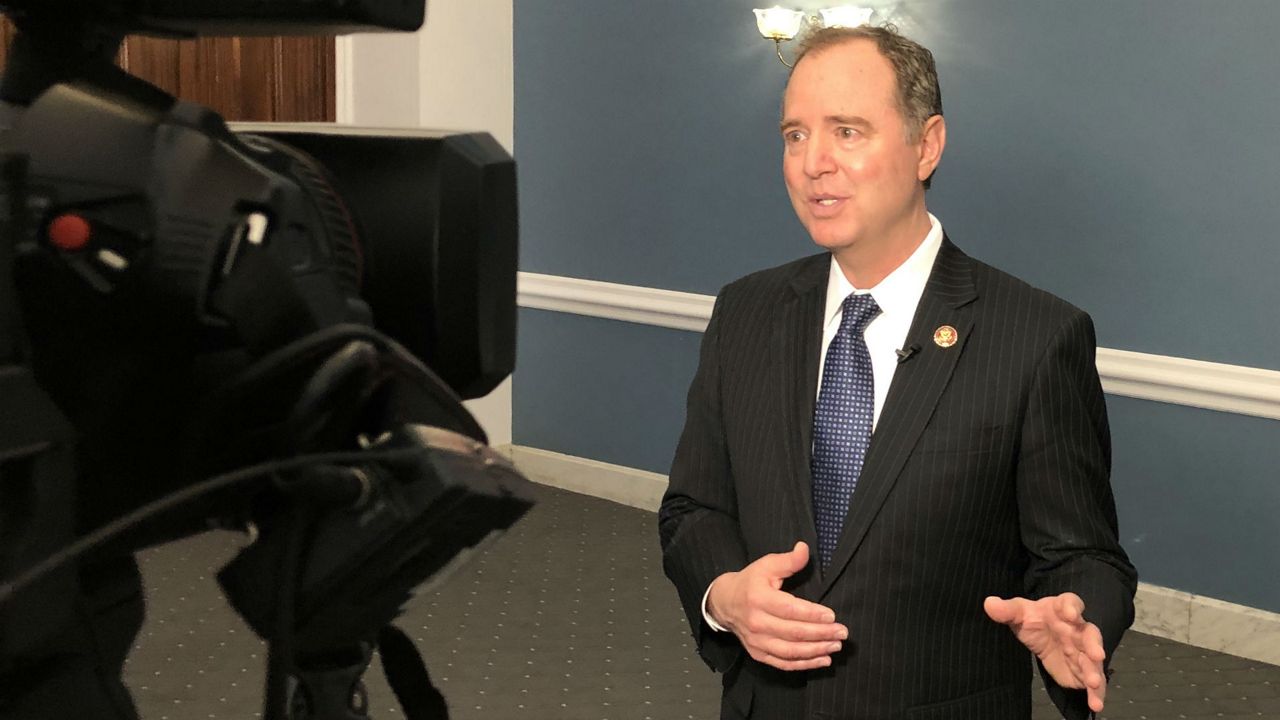 WASHINGTON, D.C. – President Donald Trump just signed the bipartisan emergency bill on the coronavirus Friday morning. The $8.3 billion measure overwhelmingly passed the Senate and House this week. It is meant to combat the virus that led to one death in California and is starting to show up in cities all across the nation.

House Democrat Adam Schiff of Burbank said his constituents are worried about misinformation and said he wants to ensure all Americans get information from trusted sources. Schiff said the president undermined the World Health Organization’s information earlier this week in a FOX interview based on a “hunch.”

MORE ON THE CORONAVIRUS:

Schiff said people need to be well informed to know if and how they should keep themselves safe.

“Once you squander and lose your credibility you can’t get it back in a crisis,” said Schiff. “And this is the problem that the president has had with so many false statements with every day of the administration so the public just doesn’t have that much trust in this administration and sadly, for good reason. But there are a lot of other public health officials.”

Schiff said he is often hearing from the people in his district who are concerned.

A State of Emergency has been declared for LA City and County due to confirmed cases of Coronavirus.

Angelenos need to be prepared, but not panicked. Listen to the advice of experts.

Make sure you're following @CDCgov and @lapublichealth for the latest info and recommendations. https://t.co/05qzCYhcrn

“There’s a lot of concern in my district about the virus, a lot of misinformation in terms of what to do,” said Schiff. “What I’ve urged my constituents to do is go to my web page or go to the CDC’s web page, go to other trusted sources for information, if you get sick contact your physician first sick by telephone.”

The president indicated the criticism for his words was a Democratic “hoax” and that the media is “weaponizing” the coronavirus against him.

The emergency bill that was signed into law Friday is approximately triple the initial amount of money the White House requested and also ensures billions of dollars to go towards faster efforts for vaccine development and treatments.

One Kentucky Senator Rand Paul voted against the bills and said he wanted to use money from foreign aid accounts to offset the billions in spending, rather than using mostly new money, but no other senator sided with him.

For California, the state would receive millions of dollars for medical supplies and money to community health centers. It would also include millions of dollars to support response efforts for the state and local agencies. There is also money for emergency evacuations. Local officials say they are looking forward to making sure resources are put in place, to be ready for anything.