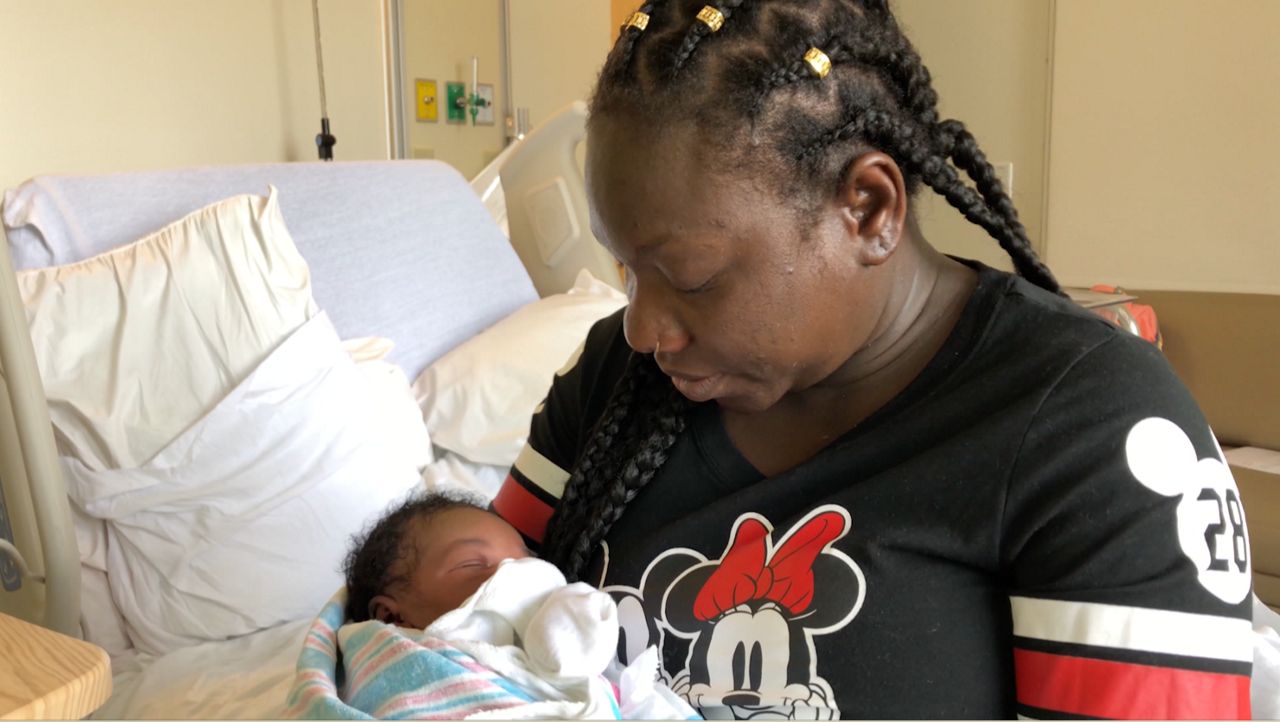 Study: Midwifery Can Improve Labor Outcomes for Women of Color

LOS ANGELES -- At 7 pounds, 10 ounces Sebastien Dextra has only been part of this world for a few days.

His mother, Stephanie St. Juscard, is an immigrant from Haiti.

She is thrilled with her new baby boy, and with the hospital that helped deliver him.

“I was so happy, I kept telling them 'Thank you, thank you,'” she said.

She’s happy she gave birth at the Martin Luther King Jr. Community Hospital in South Los Angeles, because her labor was attended not just by a doctor, but also a midwife, which isn’t often the case in other hospitals.

According to St. Juscard, having a midwife made all the difference:

“It was really good, it was a really great experience,” she said.

And while St. Juscard didn’t suffer any problems or complications during labor, many women of color like her, aren’t as lucky.

Christian Beckley is one of them.

“It was just a really long and painful process, I ended up having a cesarean after being in labor for 28 hours,” said Beckley.

That was six years ago, but Beckley's labor story is not uncommon among women of color.

According to a Mount St. Mary’s University 2019 report on the status of women and girls in California, black mothers suffer more interventions, complications and deaths during childbirth than any other racial group. In addition, black babies die at twice the rate of Latino and white babies.

Beckley is doing her part. Last year she officially became a doula to help women through childbirth.

“It’s a calling… we need to bring down those mortality numbers,” said Beckley.

Back in the hospital, St. Juscard is counting down the minutes until she’s home, but looks forward to the day when she can do it all again.

“I would like to have a girl, I have two boys now,” said St. Juscard.

And at her next birth she says, she’ll makes sure to have a midwife during her labor.