LOS ANGELES – Mark Trombino hardly looks like the sort of person who sits around gorging on ice cream, but the mild-mannered and slim 54-year-old insists that ice cream is pretty much all he eats.

“To be honest, I love ice cream more than I love donuts,” said Trombino, who, as the creator of the popular Donut Friend shops, risked sacrilege with such an admission. “I mean, I do love donuts, but I really, really love ice cream.”

Now, he’s got a new place to prove it. It’s called Creamo.

Not to be confused with Baskin-Robbins, all of the ice creams are vegan and hand-crafted in downtown Los Angeles, whether it’s strawberry, frosted-flake, French toast, taro, or another of the 16 flavors Trombino whips up in the kitchen of his South Broadway Donut Friend location. 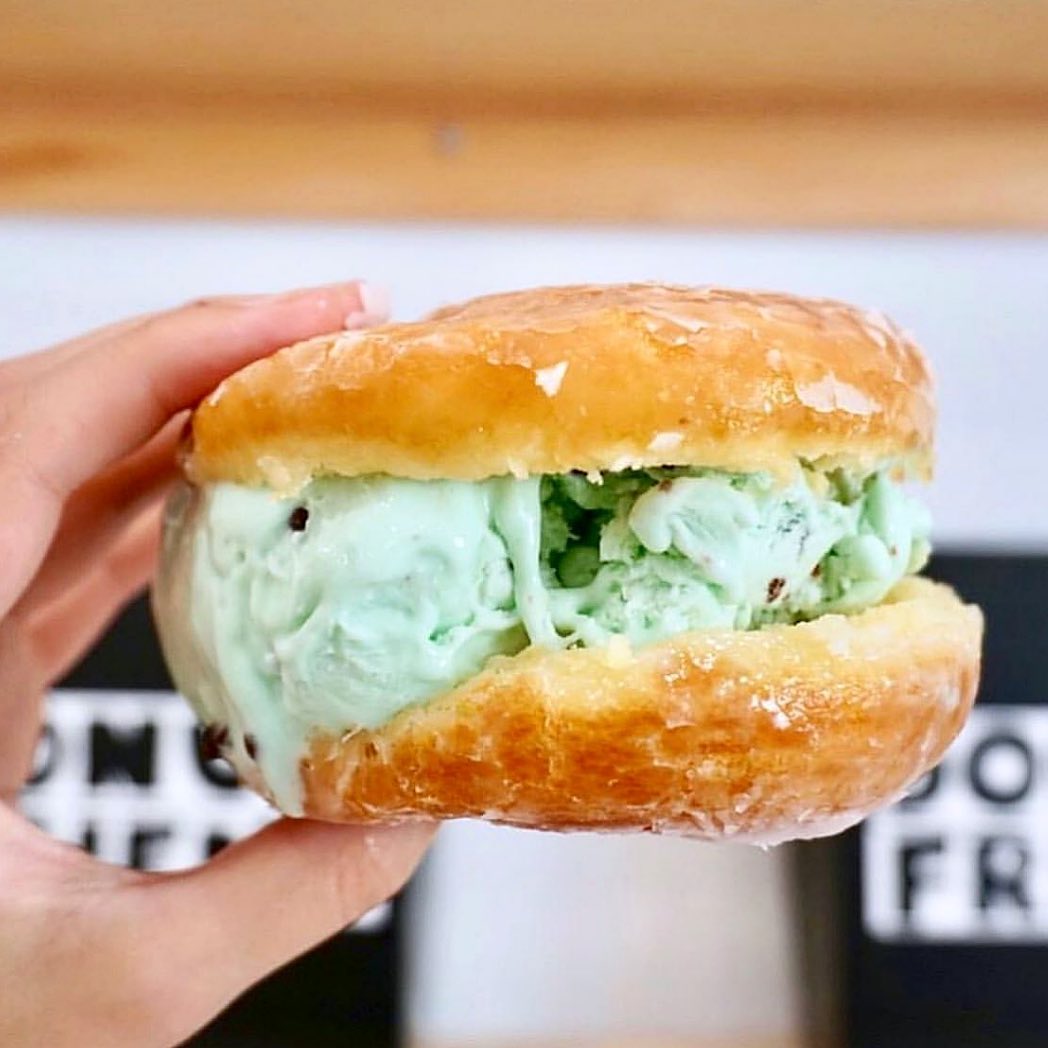 Trombino is not vegan, but he has a lot of friends who are, and for him, veganism is about inclusion – without sacrificing taste.

“I set out to make a vegan ice cream that I would enjoy, and if you were not vegan and trying it you wouldn’t be like, ‘What is this?’” said Trombino, who uses a neutral soy milk for the base to create “the right feel and texture and creaminess.”

Similar to the confections he offers through his Donut Friend locations in Highland Park and Downtown, each Creamo flavor is a punny riff on a band.

Corn Against is named for the group Born Against and “tastes like drinking the milk at the bottom of a cereal bowl,” he said. 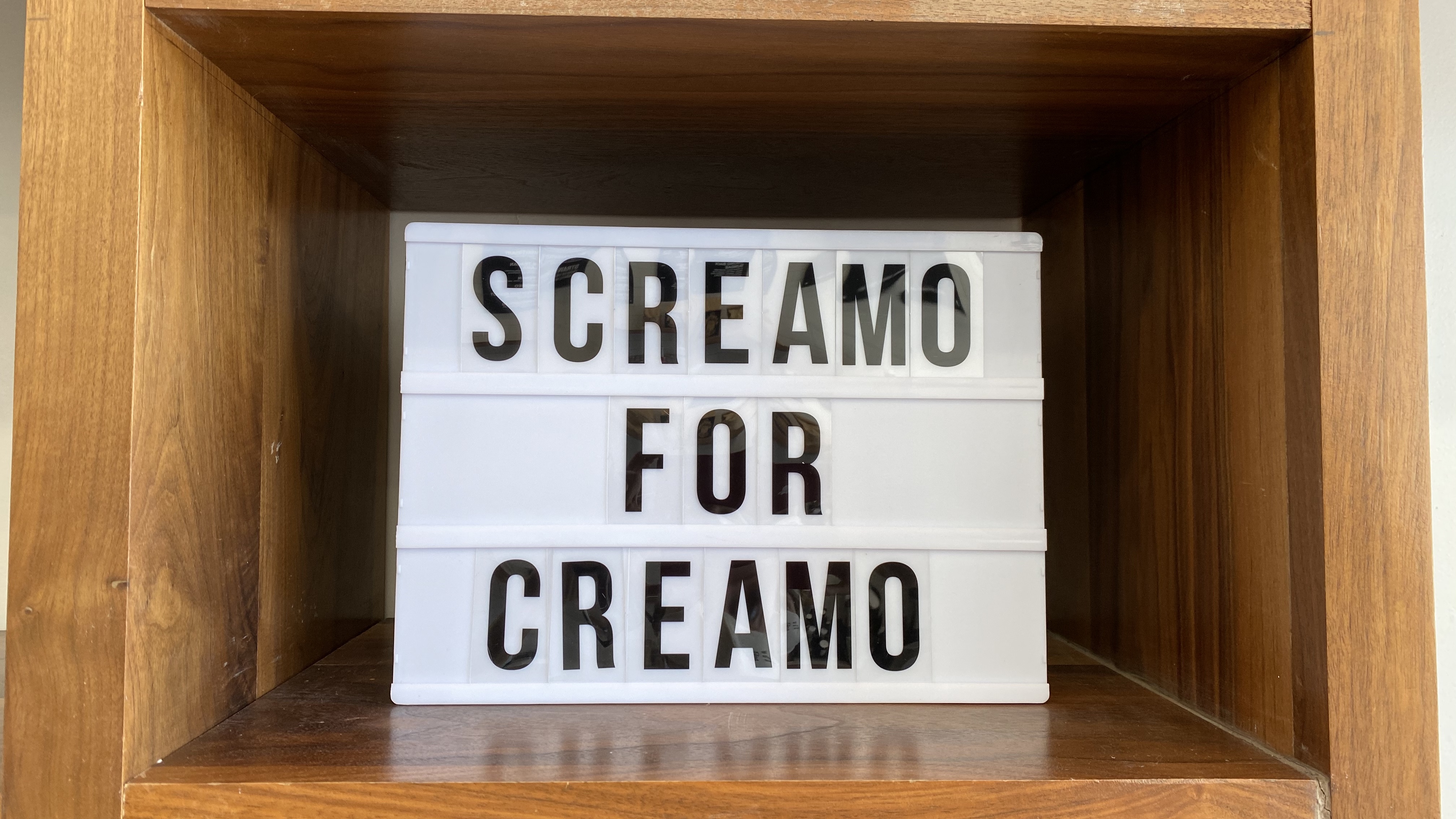 There’s also some ice cream versions of popular Donut Friend concoctions, including MC5 Spice (a tribute to the legendary Michigan rock band, with chocolate chips), and Strawberry Lab (so named for the ‘90s French electronica act Stereolab, only fruity). 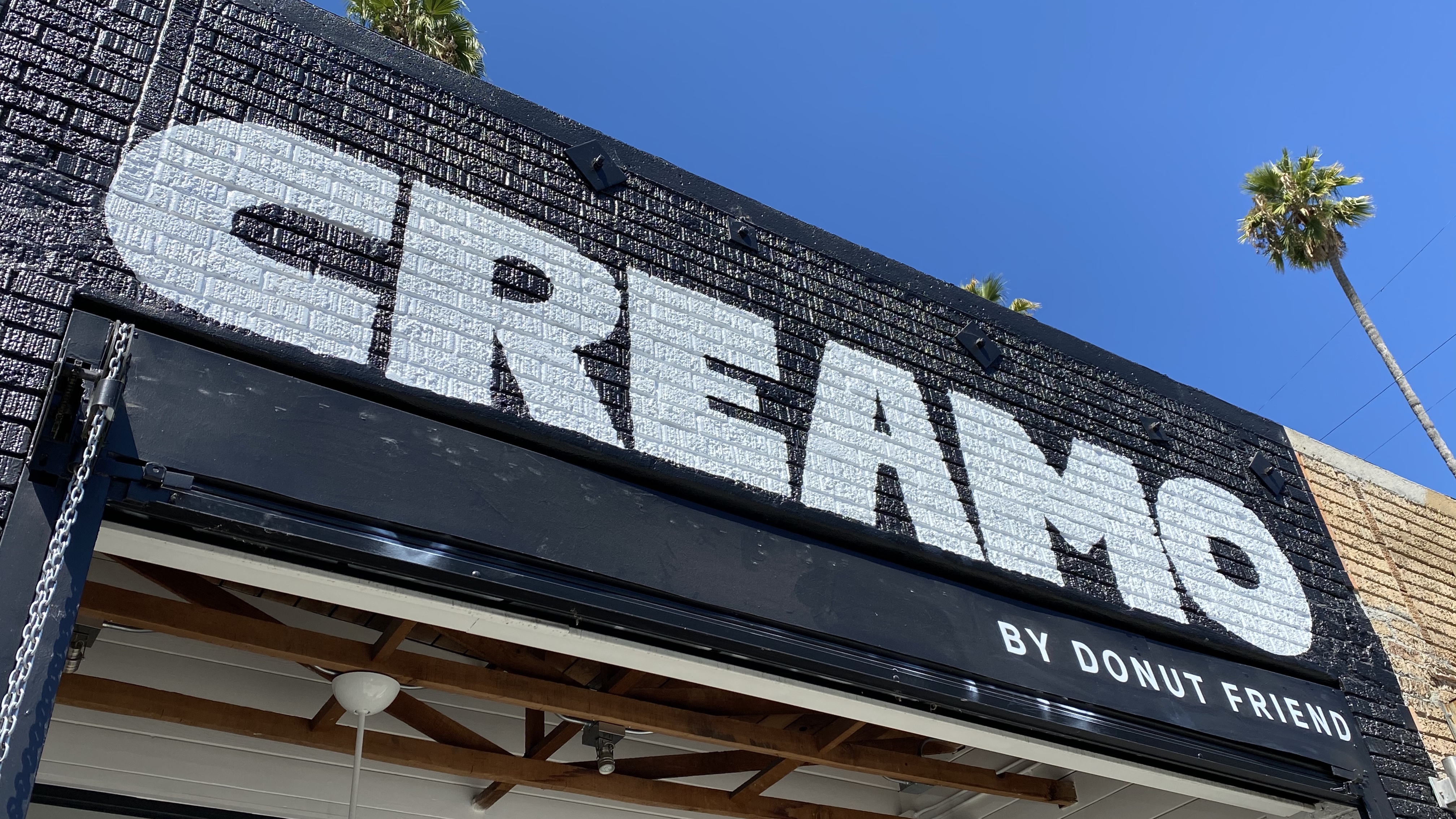 "Creamo is Trombino’s pun for the musical genre Emo and it's more aggressive subgenre Screamo," he said.

In a former life, he played drums for the band Drive Like Jehu. He was also a record producer and audio engineer who worked on albums for dozens of artists, including Jimmy Eat World, Blink 182, and Rilo Kiley.

As the music industry consolidated, Trombino decided to pursue an idea he’d joked about with his friends for years.

“I had the idea for basically combining a donut shop and a Subway, doing donut sandwiches,” said Trombino, who was originally inspired by a peach donut sandwich he once had from the legendary Donut Man in Gardena.

“I was just blown away by how simple and what a great idea it was,” said Trombino, who started thinking about putting ice cream and yogurt and other novelties inside the glazed and doughy confections.

Nevermind that he knew nothing about making donuts.

He taught himself by watching YouTube videos, and in 2013, he opened up a shop on York Boulevard in Highland Park.

He turned out to be in the right place at the right time, with the Northeast L.A. neighborhood on the rise, attracting more young professionals and families. It was so successful that in 2018, he opened a second location on South Broadway downtown. 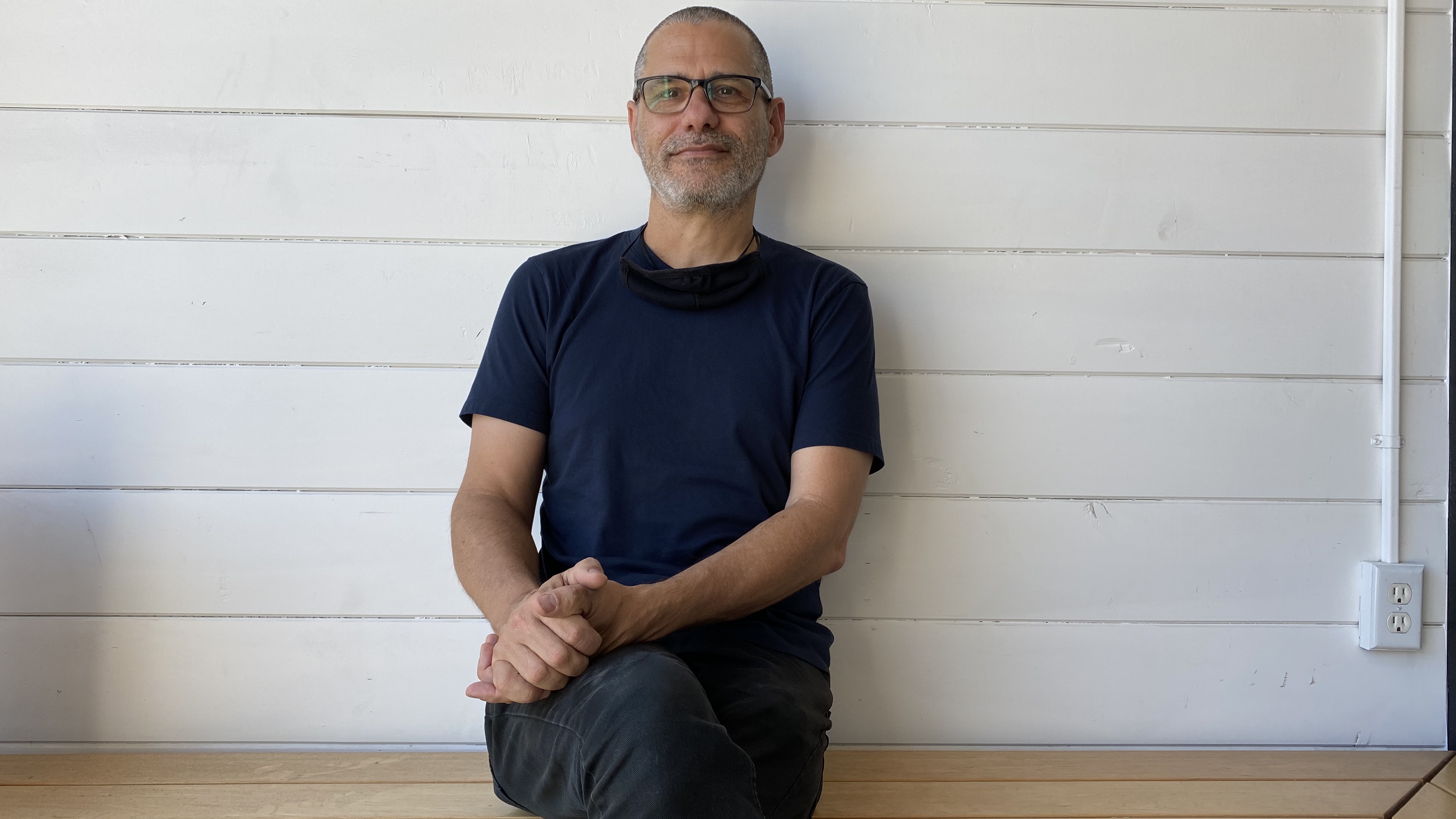 Creamo operates in reverse. It sells 16 flavors of ice cream, and a small selection of Donut Friend “sandwiches,” which, just a few days after opening, seemed to be the main draw.

He may prefer ice cream, but his original creation is pretty hard to beat, even if his new vegan ice cream is just as delicious.