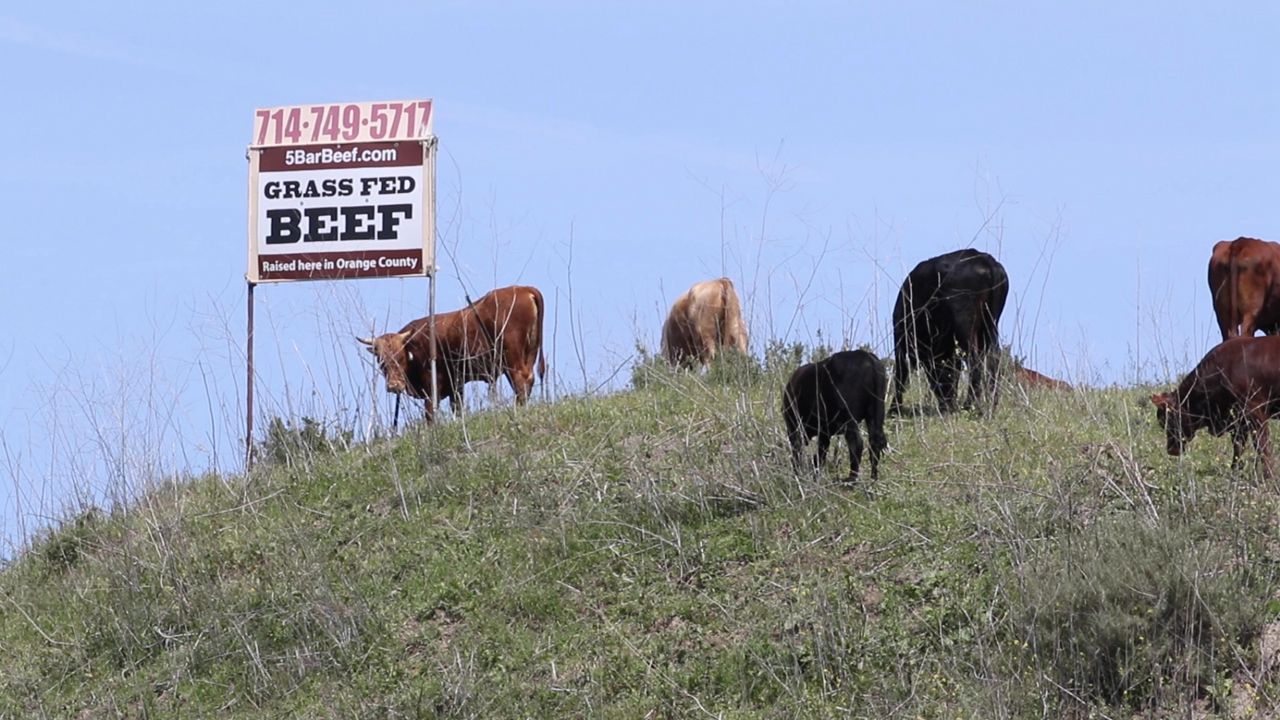 TRABUCO CANYON, Calif. – Due to some newfound attention, these are grass-fed cows turned cash cows. Why?

“When you’re a hunter and you go in a field that’s usually teeming with game and there’s nothing standing in the field, you’d stop what the hell you’re doing and go look somewhere else,” Frank Fitzpatrick, owner of 5 Bar Beef, said.

In this case – shoppers are the hunters, fields normally teaming with game are grocery stores, and the somewhere else – is 5 Bar Beef, Fitzpatrick's ranch. Off the beaten path in Orange County, this sprawling family ranch has about 700 head of cattle. And never before has Fitzpatrick seen such demand.

Fitzpatrick has been in the cow business for 40 years. He says he normally sells 50-75 halves a year, and he sold 44 in the last few weeks. But not just half cows; people are buying up entire cows.

“When the shelves in the grocery store run out, people look for alternatives," Fitzpatrick said. "If you Google meat in SoCal, I’m first on the list. People are looking for something to eat. They want a clean source of food if this thing turns a bit long-term.”

Fitzpatrick says the demand comes from far and wide; all over L.A. and Orange Counties, even up to Santa Barbara.

The Acosta family has been buying beef from Fitzpatrick for years. And now more than ever they want their grass-fed meat, as they try to stay as healthy as possible.

“We’re getting tighter with what we’re eating. Bone broths, livers, trying to build up our immune system,” Joaquin Acosta said.

Fitzpatrick knows these desperate times call for extreme measures, but he hopes people will take a liking to the meat from his ranch, so this is more than just 15 minutes of fame for these cows.