They say everything is bigger in Texas, which isn't hard to believe after a visit to Ray’s Texas BBQ in Huntington Park.

Chef and owner Rene Ramirez fell in love with Texas-style BBQ after visiting Austin and wanted to bring this style to Los Angeles.

“People walk in and feel right at home,” says Ramirez.

Ray’s BBQ actually started as an illegal operation in his mother’s backyard. It got shut down by the city, but gained a fast following during its short initial run. This notoriety enabled Ramirez to open the restaurant in its present form.

Even with all of the success, it still remains a small family business with only four to five employees, including Ramirez's wife and son, Sebastian, who plans to take over the family business some day.

“I was destined for this because I was there from the bottom up. It was an inspiration and I just fell in love with it,” says the younger Ramirez.

The menu is full of brisket, sausage, ribs, sandwiches and more. But the star attraction is the "MeatMan" burrito, a BBQ behemoth that consists of a tortilla stuffed full of brisket, mac and cheese, chili, and jalapeño sausage. It is massive and draws in customers from far and wide. 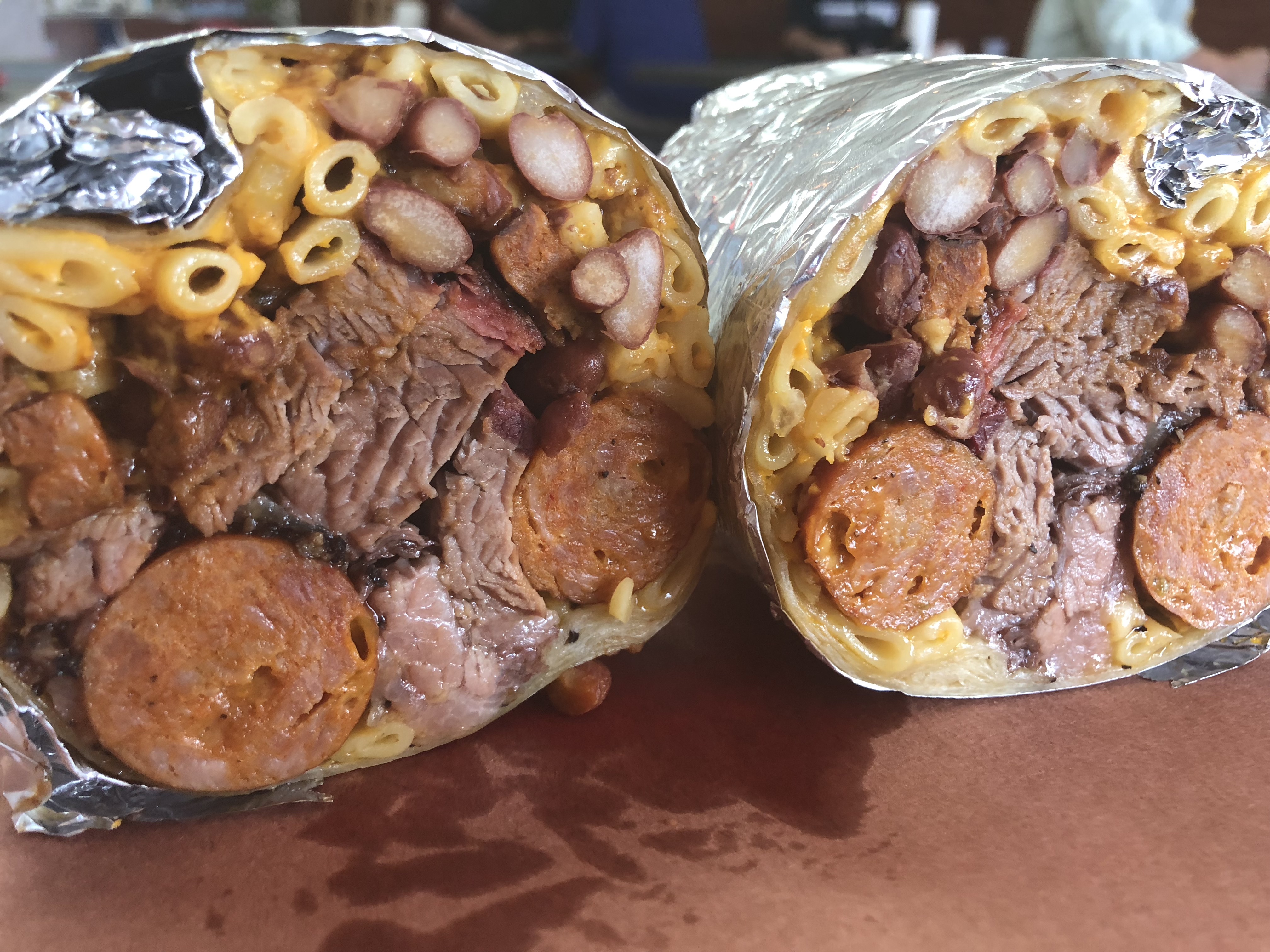