Electronic cigarettes have been around for over a decade, but that’s a relatively short time in the world of science and medicine. So very little is known about the long term health effects, like what the flavors and propellants may be doing to the respiratory system.

But as research picks up on that, what’s even more pressing right now, is understanding the vaping products people are getting on the streets that is making them sick and even causing deaths.

Pulmonary scientist Irfan Rahman has been studying the impact of electronic cigarettes on the lungs. We followed him to a vape shop in Rochester, NY. He often visits many of the stores surrounding his lab at the University of Rochester Medical Center. 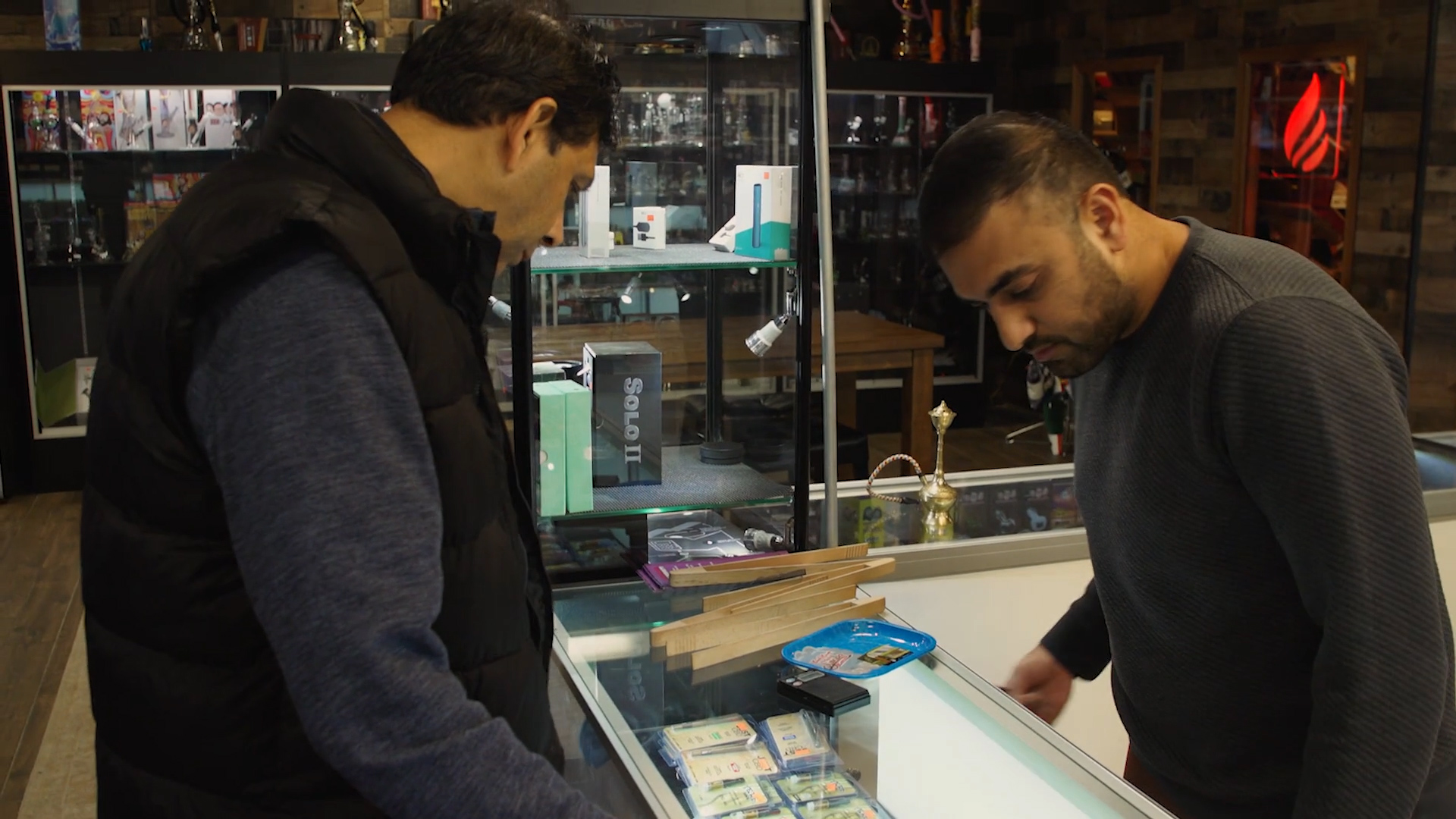 Rahman’s team has found and published research that shows the combination of nicotine, flavors and propellants in e-juices changes cells in the lungs. “Anything [that] goes in the lung, it has to be pure. It has to be fresh,” said Rahman, “[the] lung is not meant for these chemicals.”

There is a growing body of research like this, showing that while vaping may be less harmful to the body than smoking, it’s not exactly safe because it may affect the lungs’ ability to protect against foreign agents.

Dr. Ronald Crystal, chairman of Genetics at Weill Cornell Medicine did a small study with non-smokers, who have never vaped, and gave them electronic cigarettes with a very small amount of nicotine.

“There were biologic changes. And what's clear is that if you vape, then you are going to change the biology of the cells lining your airways. Of course, the important question is, does that lead to this disease?” said Crystal. “Nicotine itself probably changes the biology of the airway cells. But probably more concerning are the contaminants and that is the flavoring that goes into [the vaping liquid], the propellants that go into it.” 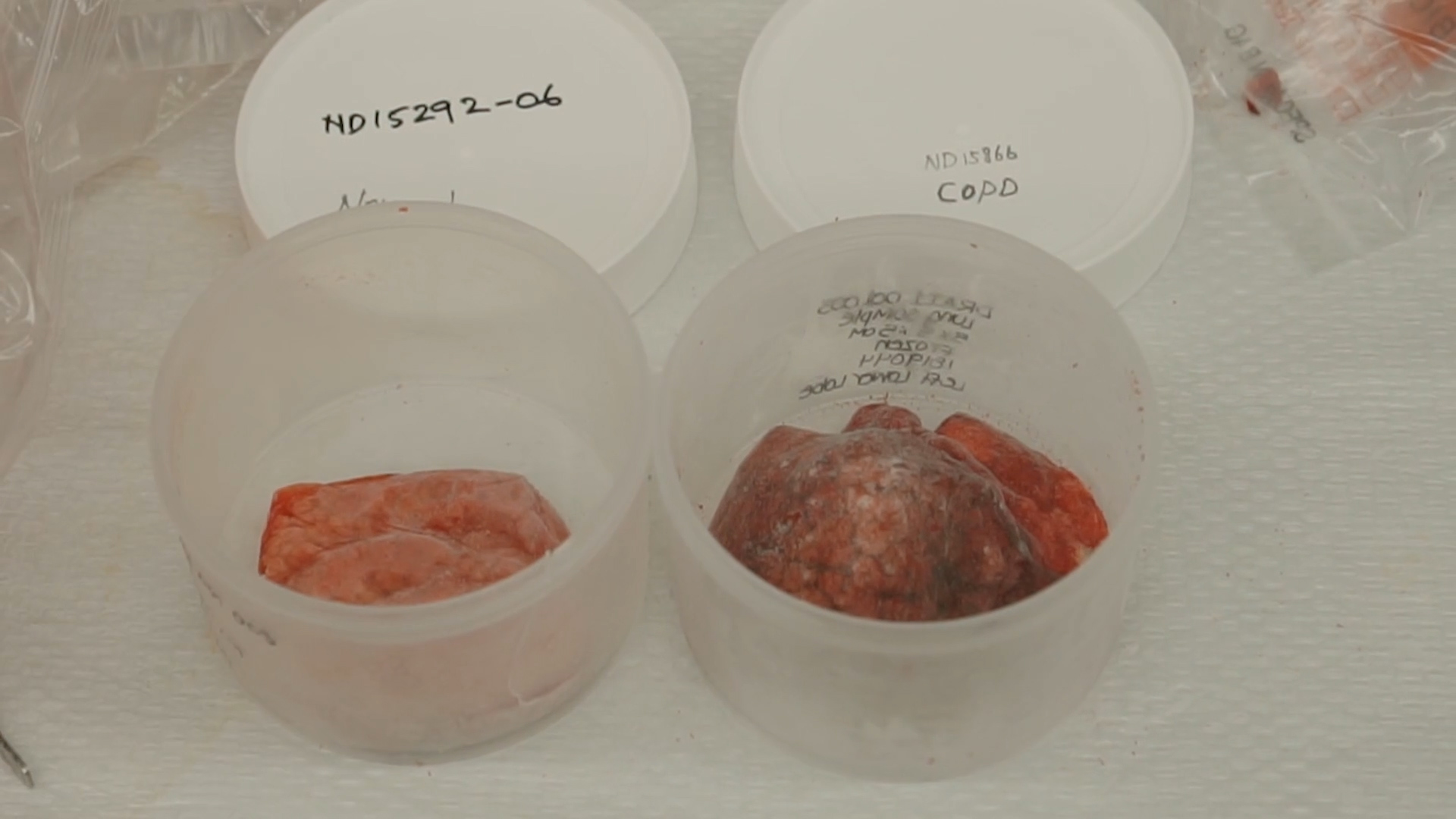 Which brings us back to Rahman’s work, he showed us what damage to cells over time did to different samples of human lung tissue. One sample was from a patient with chronic obstructive pulmonary disease (COPD), a condition that is often a result of chronic smoking. That lung was full of dark, vein-like lines. In contrast, the normal lung was a healthy pink.

Health officials across the country are trying to understand an outbreak of disease affecting lungs that’s anything but normal. It’s called EVALI, that’s “e-cigarette or vaping related lung injury.” The illnesses are disproportionately impacting 13 to 34 year olds.

The CDC says vitamin e acetate oil was found in more than 50 percent of the illegal vaping cartridges collected from people sickened by them. Rahman’s lab is one of several tasked with studying the bootleg cartridges, most of which contain THC, the psychoactive component in marijuana.

“We have been analyzing those cartridges and finding chemicals which are completely different than the regular e-cigarette juices,” said Rahman. 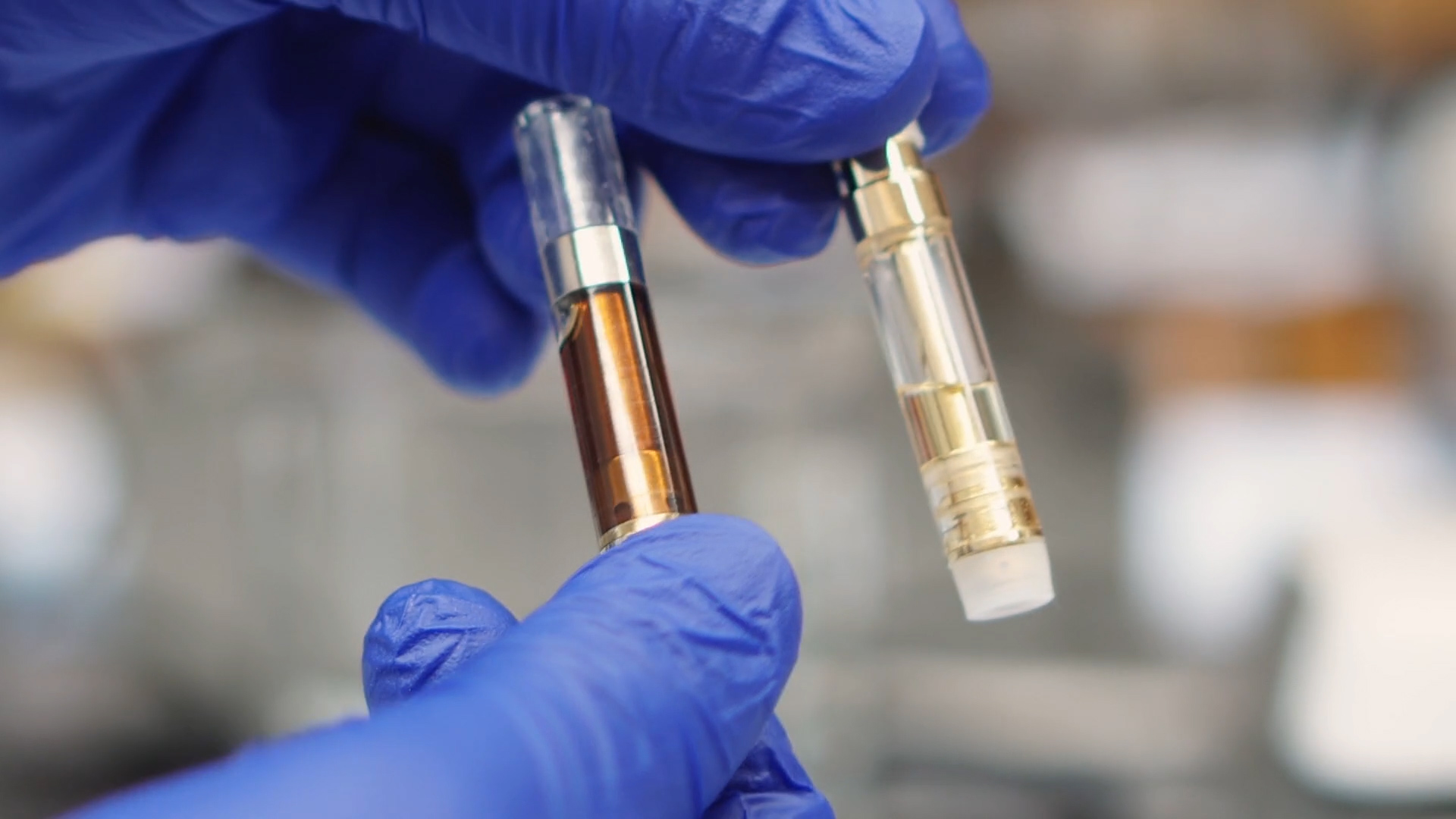 The liquid in the bootleg cartridges he showed us is dark and thick as molasses.

“They have mainly two different categories. One is oily in nature. And second one is hydrocarbons. Hydrocarbons can be like a diesel soot and [found in the] dark fog [of] volcanic eruptions,” said Rahman.  The other cartridge in the picture above, is a CBD liquid. Bought by Rahman from a vape shop.

Rahman’s team used their specially designed machine to test the bootleg THC juice on lung tissue. “Almost all cells died. Whereas when we use CBD cards or regular e-cigarette juice, we had 90 percent survival,” said Rahman. “This is something very surprising to us. We saw a complete cell death after one to three puffs of different cartridges, different cells, lung cells.”

The cell death, he said, turned the lung cells black, similar to the darkness seen in the lung with COPD. But that was damage that took years to create.

The research on EVALI is flowing in rapidly as people try and discern what’s safe, and what’s not.

These experts who study the lungs say – protect your lungs at all cost.