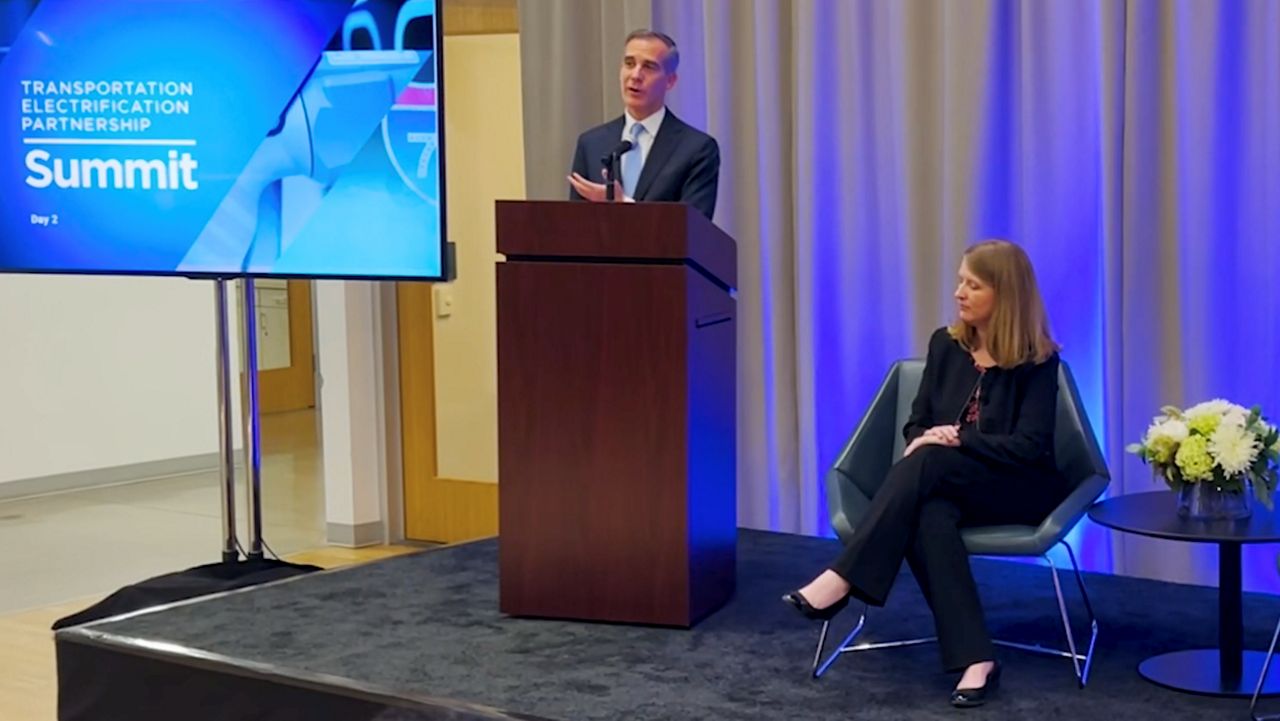 Garcetti on zero-emissions transportation goals: 'We need to do more'

LOS ANGELES — Over the years, Jeff Garcia has worked on every kind of vehicle you can imagine. But none has made him more proud than the zero-emissions Proterra ZX5 bus that can travel 200 miles on a single charge.

"I have children and I want the world still to be good for them when they grow up," Garcia said.

Garcia has built more than 100 of these buses in the last decade. Of them, 25 were delivered to the Los Angeles Department of Transportation earlier this year.

"It's really fun and it's great knowing you're helping the environment," he said.

The buses are just one part of Mayor Eric Garcetti's plan to make Los Angeles one of the country's first major cities to eliminate fossil fuels from its power supply.

"We need to do more, we need to be faster and we need to accelerate," Garcetti told Spectrum News 1 at the second annual Transportation Electrification Partnership Summit in downtown LA. "This means jobs and I also want to put it in communities so it doesn't go by zip code or by color or by income but that everybody has an opportunity."

The Transportation Electrification Partnership is a joint project with over 30 local, regional and state stakeholders. As part of the plan, LADOT, which runs the city's transit service, will go all-electric by the year 2028, just in time for the LA Summer Olympics Games. The city already has 29 all-electric buses, with another 155 on the way.

Each bus costs about $750,000 and saves the atmosphere about 230,000 pounds of greenhouse gasses emitted by one Diesel bus.

That's why, Garcia said, he gets excited every time one of these buses leaves his assembly line.

"Once we start the bus I think it's very exciting for all of us here because we know we had a part in building the bus."