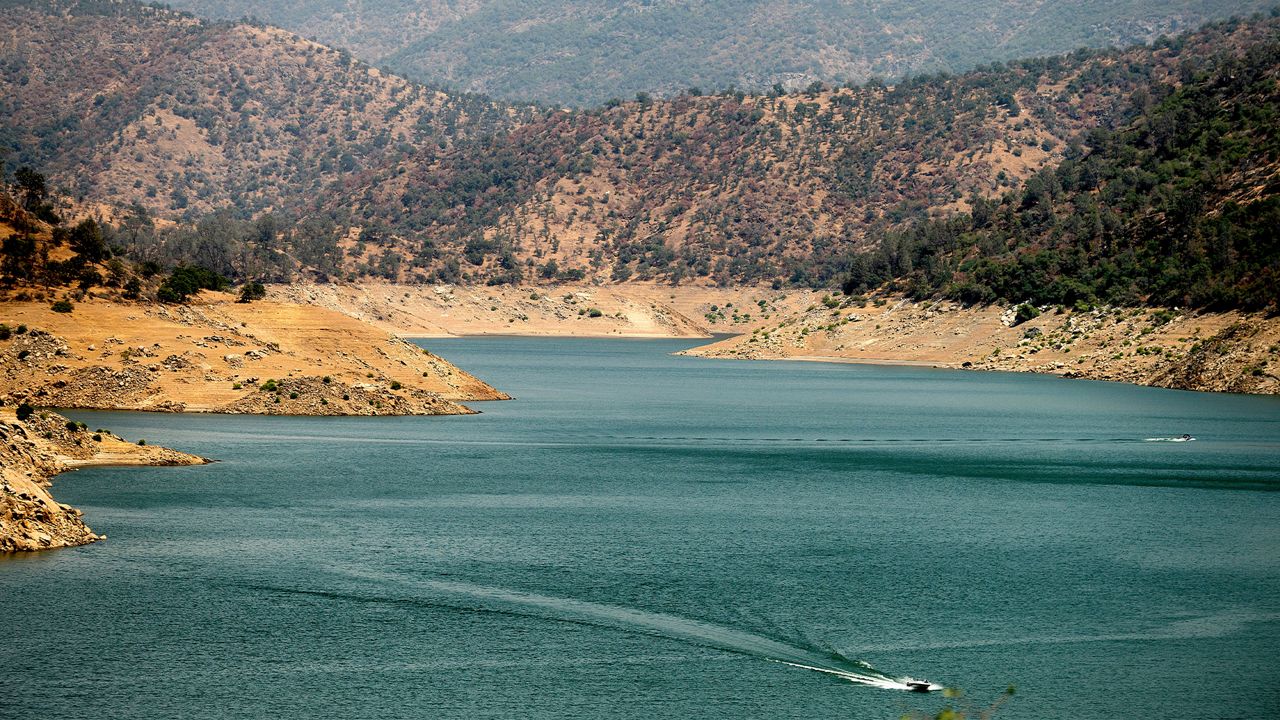 A boat crosses Pine Flat Lake on June 17, 2021, in the Sierra National Forest, Calif. At the time of this photo, the reservoir was at 37 percent of capacity and 53 percent of its historical average. (AP Photo/Noah Berger)

As need to test water for microplastics increases, California finds a way

RIVERSIDE, Calif. — Wherever you get your drinking water, there’s a good chance it contains some amount of tiny plastic pieces.

There aren’t a lot of rules or regulations around this particular pollutant because it is considered an emerging contaminant, but that is changing.

Scott Coffin, a research scientist who works for the State Water Resources Control Board, is proud of a recent accomplishment: an official, streamlined process to monitor microplastics in drinking water.

It took time to assemble. Testing for microplastics in drinking water is not necessarily an easy thing to do. There are several methods, but many are time-consuming and expensive.

Right now, California has no widely-accepted, standardized way to do this. Water systems are not required to test for this contaminant yet. However, California has a legislative mandate to start looking for microplastics in drinking water this year.

“This is a very exciting time to be a scientist working on microplastics. California is leading the world right now,” said Coffin.

Assistant professor Andy Gray’s lab was one of more than 20 collaborators who tested the protocols. They already had most of the necessary supplies. It's noteworthy that when Gray started at the University of California Riverside, he wasn’t doing any work with microplastics. Now that’s what most of his group is focused on.

“I, as a scientist, am also concerned that we’re finding microplastics in basically every corner of the earth that we look in, just about every organism that we look in, and so the question remains, what does that really mean for our own health?” said Gray.

Given how small and inescapable microplastics are, total removal is a daunting if not impossible option.

“Once it breaks down into really small particles we can’t remove it so really, if we want to make an impact to this problem we need to start at the source,” said Coffin.

This methodology is a first step. There’s a saying Coffin often repeats: if you can monitor something, you can manage it.

“We’re gearing up to monitor for microplastics rain or shine and this will really be laying the groundwork for other countries,” said Coffin.

The state water board will first need to vote to approve the methods. Then labs throughout the state will seek accreditation to run these methods.