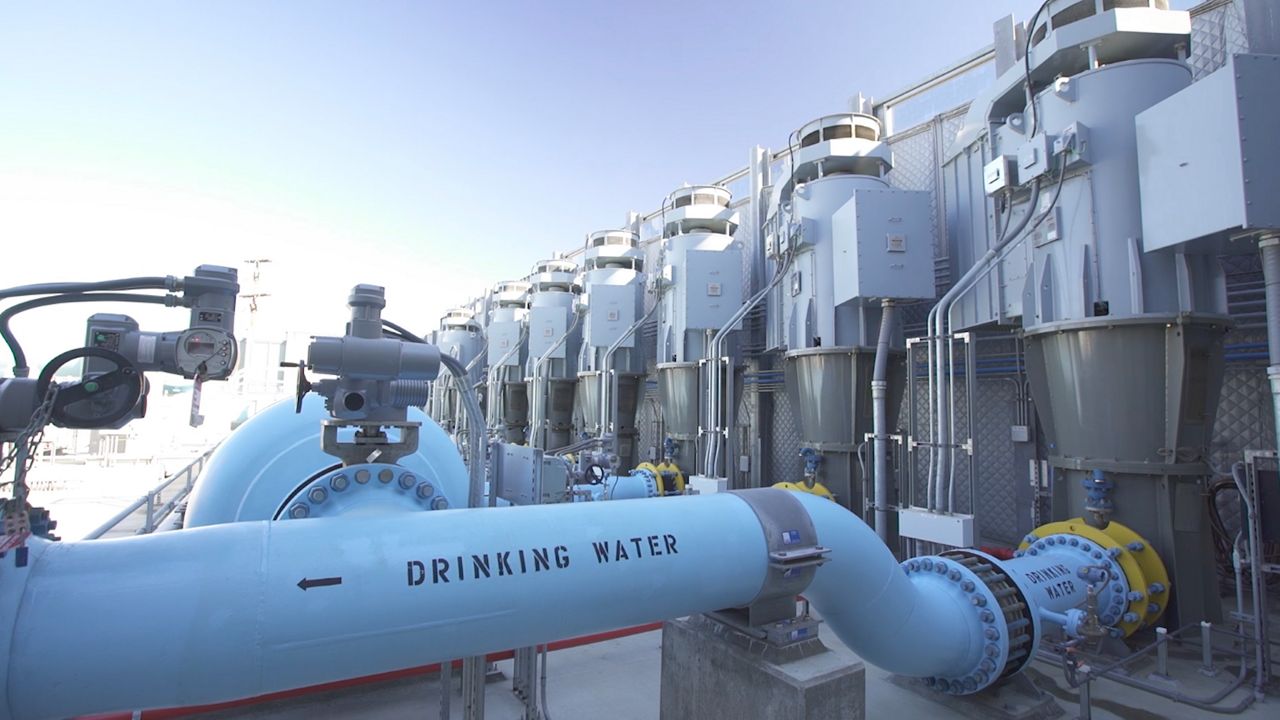 San Diego has a dependable water supply thanks to yearslong investments

"Of course being at the end of a pipeline, when there's little water available, you are at high risk. So, our community came together and said let's diversify," Kerl said.

Fast-forward 30 years later, and the San Diego County Water Authority has multiple streams of water sources in its portfolio, including the groundbreaking Carlsbad Desalination Plant that utilizes ocean water to provide the region with about 10% of its drinking water.

"It's drawing water in from the Pacific Ocean, putting it through treatment, removing all of these impurities, and then coming out with high-quality drinking water," Kerl said.

The price tag is high. According to a 2013 study, it costs about four times the amount of obtaining new water from conservation methods.

But it can produce up to 56,000 acre-feet of water per year and is permitted to create an additional six thousand.

"With California in a tremendous drought, we have offered up, if there are interested parties, in coming in and helping to fund the capital necessary to fund to get those additional 6,000 acre-feet of water, we would help facilitate that," Kerl said.

Besides the desalination plant, the San Diego region invested heavily in infrastructure, like raising the San Vicente Dam in 2014.

"It's not a matter of it, but really a matter of when some sort of event will occur where we're cut off from water from the north," Shoaf said.

This emergency and carryover storage project took time and was costly. A 20-year, $1.5 billion investment, ensuring the community would have an adequate and dependable supply of local water.

"Even though it took a very long time, 30 years in the making in doing this, it's a wise investment and the earlier you start the better you are," Shoaf said.

Kerl said climate change and drought are part of our new normal in California, and we have to do what it takes to adapt.

"Is the water too expensive, when you don't have it?" she asked.

Water challenges are part of California's fabric, but San Diego is an example of taking proactive measures to have a reliable water supply in the changing climate now and into the future.