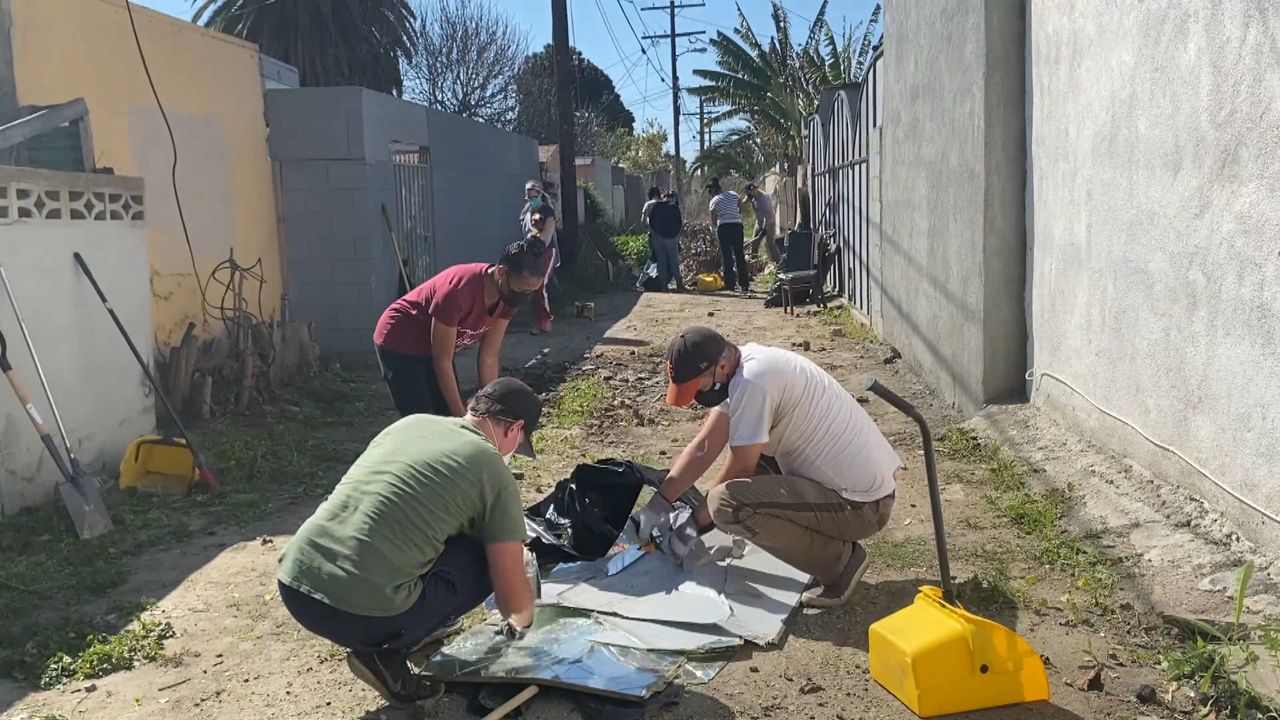 Los Angeles City Controller Ron Galperin said that some areas are seeing up to 600% increases. Downtown, East LA and South LA are the three areas with the most cleanup requests over the past four years, but the requests often come in quicker than crews can keep up with.


One group of South LA residents decided they couldn't sit by idly and wait. A photographer and entrepreneur during the week, L Lawson spends every Sunday picking up the trash he says is the root of many problems in his community.

"Unaffordable housing, a lack of health care and education, all of these things contribute to an environment where we see tons of garbage in the street," said Lawson. "And I find that to be grossly unacceptable, and I hold both of the major parties accountable for that."

Four months ago, Lawson finally couldn’t stand it anymore. The New Jersey native explained that he's only lived in South LA for three years but quickly fell in love with his community. He decided to take the trash into his own hands and put out a call on social media for anyone to join him in his first community cleanup.

For several weeks, Jody Little was the only neighbor who answered his call to action. She was born and raised in South Central surrounded by issues that she feels only get worse when outsiders think no one cares about this community.

Different sexes, skin tones and opinions — the two are a prime example of the progress to be made when we focus on compassion.

For Jody, it’s not about politics, and she doesn’t hold local officials responsible for the condition her city is in. She said she believes change is in the dirty hands of every resident, so she’s elated as more volunteers show up to their Sunday cleanup.


Little explained how every week, she scopes out new places that are subject to illegal dumping, but she and Lawson agree that it only continues to get worse. And it's not just in South LA. New data from the controller shows that illegal dumping of trash and hazardous items has jumped 450% from 2016 to 2020.

Lawson noted that when he sees that people typically dump the most trash where the unhoused are living, he gets emotional and angry at society’s complacence. When they can, they'll give the homeless tools to clean their space and cash aid.

"How are we not heartbroken over this? We have 1.5 million people, approximately, unhoused in this country. How is that possible? This is the richest country in the world. It’s unacceptable and that hurts. It hurts me, and I don’t accept it," Lawson said.

If you would like to volunteer or donate to their cause, email Lawson at l@thelightrecord.com.

The LA City Controller has a full report plus an illegal dumping dashboard that maps the locations of cleanup requests. To learn more, click here.

CORRECTION: An earlier version of this story misidentified Ron Galperin’s title. He is the Los Angeles City Controller. The error has been corrected. (April 14, 2021)