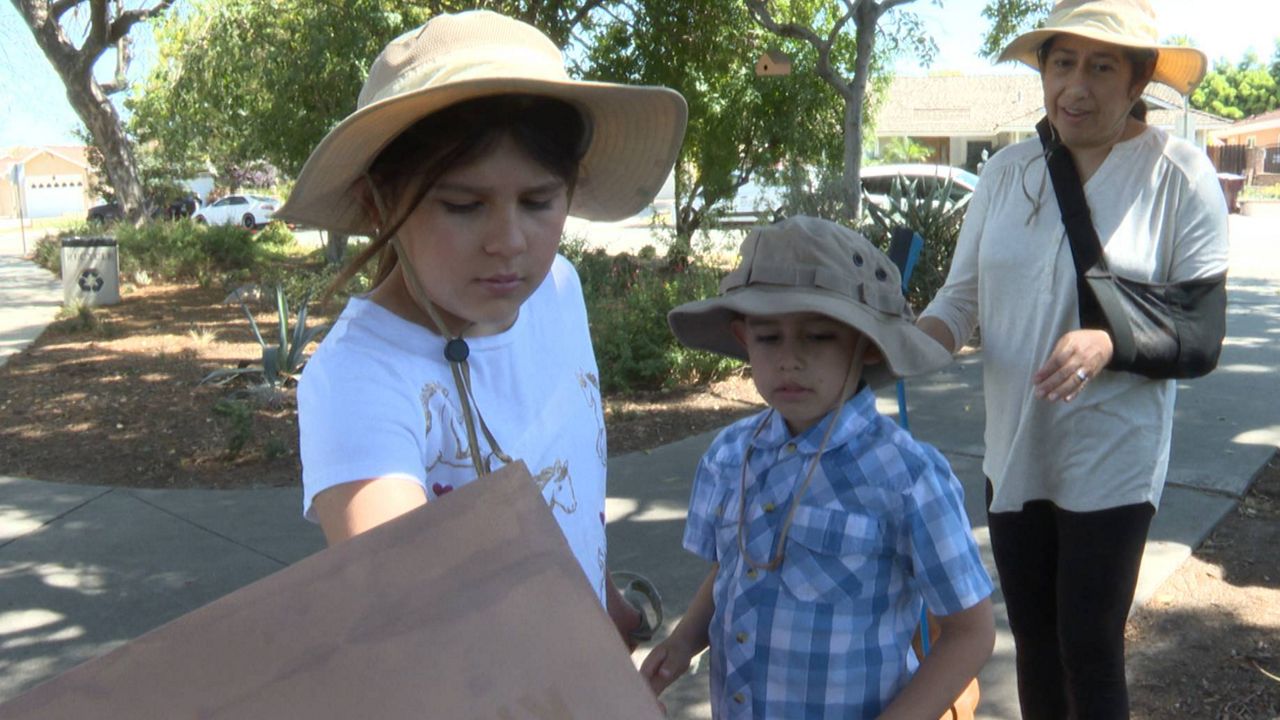 So far, the family has collected more than 10,000 pieces of trash.

SANTA ANA, Calif. — A big career change has allowed Josh Mauras to slow down, and take in the trash.


He recently left a law firm where he used to work 70 hours a week to start his own practice, Mauras Law. Managing his own schedule gives him time to take daily walks with his wife, Yeni, and their two children, Emmelia and Sebastian.

“The kids and I take the dog on a walk an hour a day. That first day we went for a walk, there [was] big pile of trash in front of the park. We figured we’d clean it up and once we did, we kept going,” said Mauras. “I think that first day we picked up almost 250 pieces of trash.”

The family strolls and picks up trash in their Santa Ana neighborhood, other neighborhoods, and at the beach. To keep the walks productive and interesting, they family started counting every piece of trash.

According to a joint research study by Ellen MacArthur Foundation and the World Economic Forum, researchers predict there will be more plastic, like the water bottle 9-year-old Emmelia picked up, than fish in the ocean 30 years from now.

“People out there that leave trash shouldn’t be leaving it anymore. And people that want to save the earth should not leave trash,” said Emmelia Mauras.

The pieces of trash that are not picked up can make their way to our storm drains and eventually land in the ocean.

Seven-year-old Sebastian Mauras helps his dad keep count of how many pieces they pick up.

“We could pick up trash, and then you could write the total and then we could sell the recycling for money,” said Sebastian Mauras.

The children said they are wishing for a couple of rewards for reaching 30,000.

Emmelia is hoping for some new pets while her brother is hoping to get a Nintendo Switch.

In March, Orange County Board Supervisor Andrew Do recognized Mauras and his family for their efforts.

The Mauras family said their family knows that collecting 30,000 pieces alone will not be enough to save the planet, but they hope other families will join them in their small effort to make a big change.