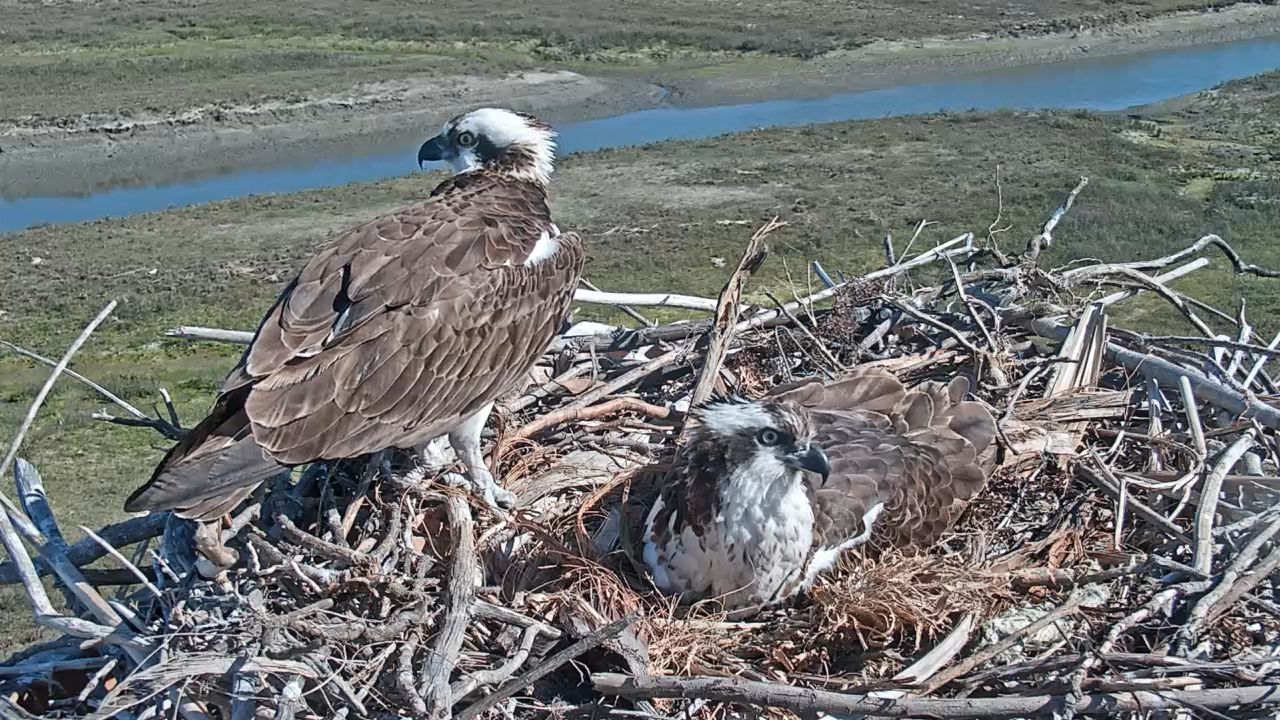 Platform Has Helped Ospreys Return to Back Bay of Newport Beach

NEWPORT BEACH, Calif. — An area of Newport Beach is home to hundreds of species of birds, including one that nearly went extinct locally. But thanks to conservation efforts, ospreys have been able to come back in a big way in the coastal Orange County town.

One of the people who work at the Upper Newport Bay Ecological Reserve is Nathan Taxel, Orange County Parks resource specialist. He said having a job that allows him to be in nature and see nature in action can't be beat.

"Oh, it's very exciting," Taxel said. "This never gets old."

Taxel has always loved nature. He said it's a passion that started when he was just a kid camping with his family. He said he remembers he woke up one morning at a campsite and restarted the campfire just using twigs and paper towel pieces, without using matches.

"I've always thought of that as one of my formative or definitive experiences in the outdoors," he said.

Taxel's said his love of nature sparked a mission to do things to help nature. He got interested in conservation while volunteering in high school.

"That really kind of crystallized for me the interest in pursuing conservation as a career," he said.

Using a spotting scope at the Newport Bay Ecological Reserve, which locals call "the back bay," Taxel checked in on one of several conservation efforts at the reserve. The nesting platform he was looking at was installed in the early 2000s. It's about 30 feet high.

"The platform was built to encourage osprey to nest here in the back bay," he said.

He said the birds nearly disappeared from the local area because of human activity.

"Ospreys, like many birds of prey, declined significantly in North America in the 1960s and 1970s due to the use of the pesticide DDT (dichloro-diphenyl-trichloroethane)," he said.

The Newport Bay Conservancy, in partnership with California Fish and Wildlife and Orange County Parks, installed the platform and recently refurbished it. The nonprofit said it believes that thanks to the platform, in 2006, for the first time in 100 years, ospreys successfully bred in Orange County. Taxel said the nesting has continued with more baby osprey being born every year.

"We're really glad to see them and get to be able to talk about this idea that when there are environmental problems, there are also solutions," he said.

He said ospreys like to nest in the same place every year, such as on the platform. Taxel said helping the birds breed also helps maintain the food web in the area. He said that without birds of prey like ospreys, the animals they prey on can overpopulate, putting the entire food chain out of whack. He calls the osprey population rebounding "a huge conservation success story."

Helping the birds and nature continue to thrive is the reason Taxel got into the business.

"This is what really gets me out of bed every day. And gets me excited about putting the uniform on every day for sure," he said.

The Newport Bay Conservancy said it had installed an HD camera on the platform. The group said it hopes to provide a live stream for the public to see what the birds are up to without disturbing the nest. It is currently working on getting the live stream up and running.