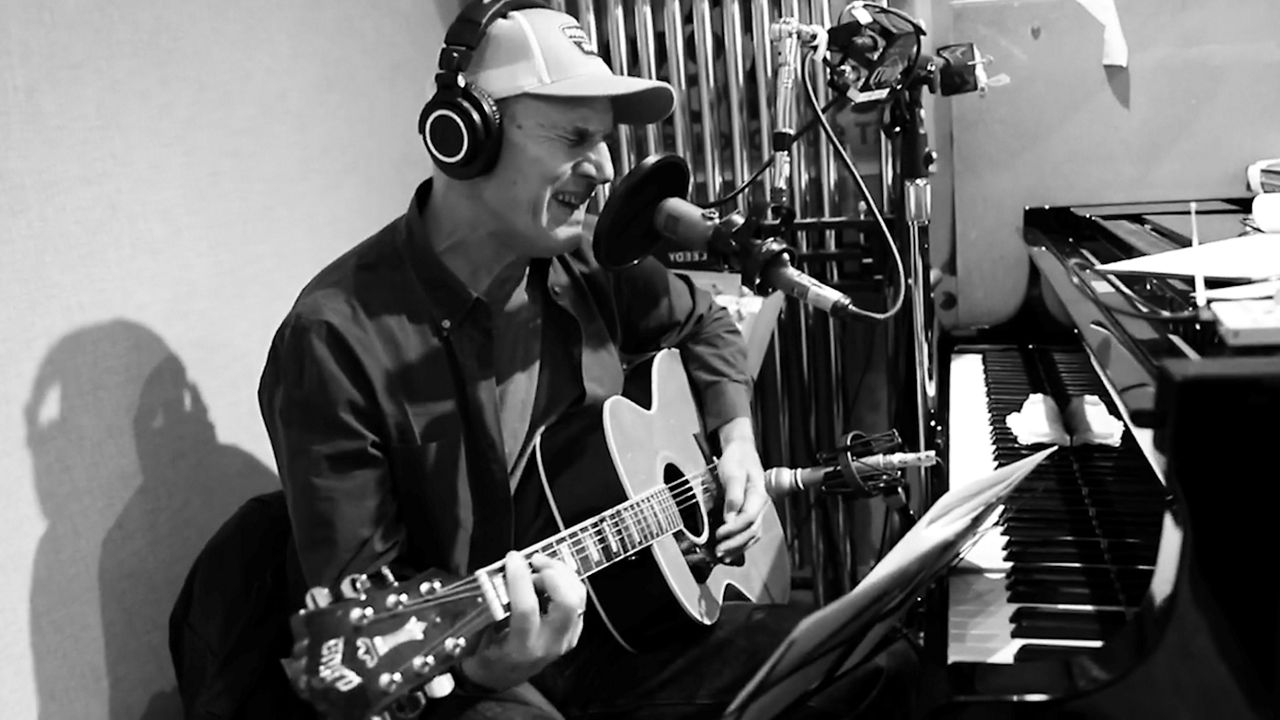 Jim Keller Returns to Singing, Songwriting With New Album, “By No Means”

LOS ANGELES — Like taking a ride on PCH with the top down, that's how you might describe Jim Keller's latest album. Although he has worn many hats over his long, varied career, Keller now focuses on his own personal style of singing and songwriting and recently released a new album called By No Means.

Keller said the pandemic has been difficult for musicians and he misses being in the studio with his fellow musicians.

"What I miss terribly is that camaraderie and the joy from that experience of playing, and then also playing live," Keller said. "You know, being in a club packed with people where your feet stick to the floor, and it smells like stale beer."

By No Means pulls in many influences, including Keller's time spent in Los Angeles in the '80s. A track called Easy Rider finds him in his 20's cruising around California with the top down.

"I had a '64 Valiant convertible. You just put the top down, and the heat up, and you just go!" Keller said. "There is a romance and a poetry in the West Coast that doesn't exist for me anywhere else."

Keller brought in Boyle Heights' own David Hidalgo of Los Lobos and veteran producer Mitchell Froom for the album, which they recorded in Froom's Santa Monica studio. Keller said Froom responded to some of his early demos, which featured a simple, intimate tone.

"He heard something in the batch of songs that I sent him that he had a beat on almost immediately," Keller said.

They recorded the album fairly quickly, Keller explained, and the musicians kept to an easy-going, "don't-need-to-impress-anyone" style in the studio.

"Mitchell was very clear about what the mission was," Keller explained. "About surrounding my rhythmic guitar and my voice with that support, but with a groove. That simplicity seems simple, but it's not."

Froom, who is currently playing live with the band Crowded House in New Zealand, said it was Keller's intimate tone and simple vibe he wanted to capture in the recording.

"Records, to me, are at their best when they have a point of view," Froom said. "All the demos he sent me with just him playing the guitar really quietly and singing in a very conversational way; I love those. So, [the album] ended up being all about that."

Froom and Keller agree that things have dramatically changed since they started in the music business, but for them, making music at this stage is all about choosing what interests them most.

"At this point, I only want to do things if there feels like a reason for me to do it," Froom said. "[Working on this album] has been really surprising how much I've enjoyed it."

If you ask Keller, the grooves on By No Means make for the perfect driving album.

"It is different for everybody, but, to me, it's definitely driving down PCH," Keller said. "It's like, I'm going all the way to Baja."