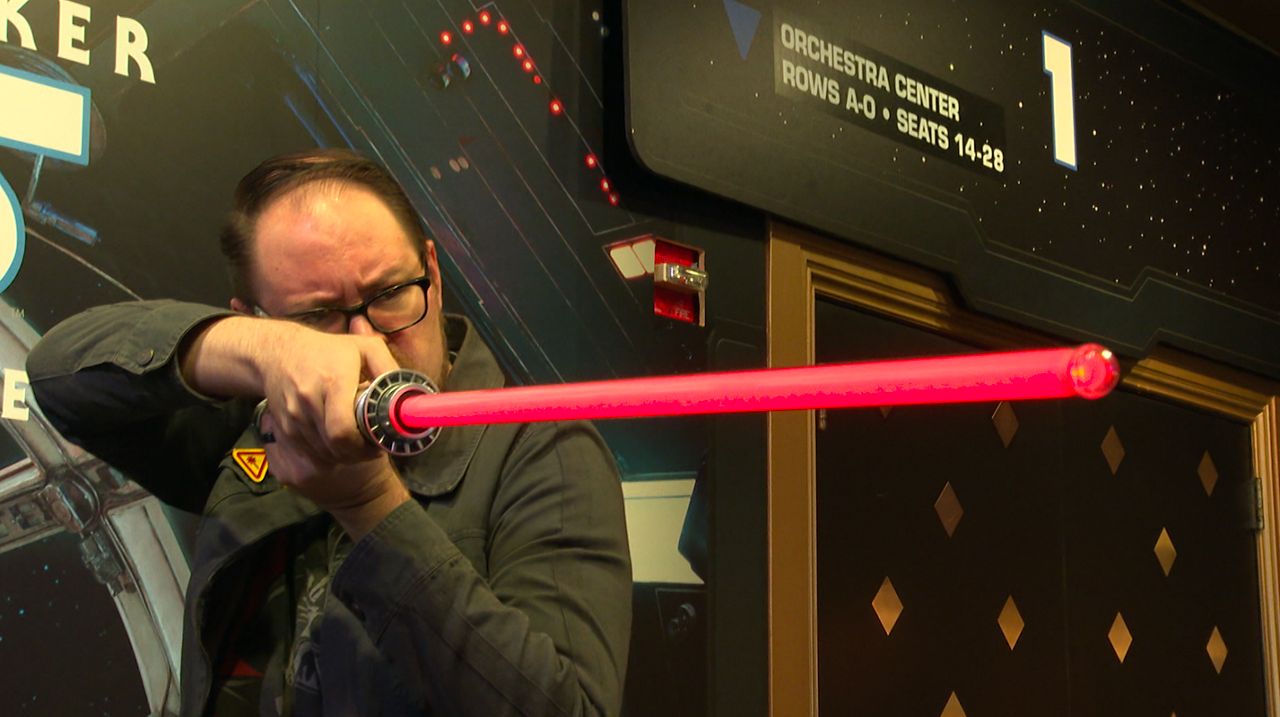 Star Wars Marathon Counts down Arrival of "Rise of Skywalker"

HOLLYWOOD, Calif. — Some called it a marathon, others an endurance test. However you see it, it was the moment Star Wars fans had been waiting for, the arrival of Star Wars: The Rise of Skywalker, the latest in the epic film saga started by George Lucas in 1977.

Despite some mixed early reaction and a public that may be experiencing “Star Wars fatigue,” here at the historic El Capitan, fans like Conrad Mazeika and his family came to watch the eight films leading up to the conclusion of the latest trilogy released by Disney.

“I was born in the year of Return of the Jedi, so I missed out on the first set,” explained Mazeika. “When the special editions came out they said, 'It's here to share with your kids and your grandchildren.' That kind of sat with me.”

Now, Mazeika is here with his wife and daughter Gabi, sitting through nine movies back to back.

It might seem like torture to some, but Star Wars fans are a hearty bunch and came prepared, many treated the movie marathon like a camping trip. Gabi Mazeika, like many, had been grabbing some shut-eye right in the theater aisles in a sleeping blanket.

Of course, fans got more than just the movies at the El Capitan. Between shows were food, raffles and surprise guests like Star Wars alumnus Warwick Davis, who sent a video message to fans across the world.

“The Force is strong with you all, as is the smell of body odor,” joked Davis via “satellite” on the theater’s big screen.

The previous film in the series, The Last Jedi, was very divisive among fans and critics, so there is much riding on The Rise of Skywalker to perform, but can the film please everybody?

“You can't!” said Conrad Mazeika. “You're not gonna satisfy everyone.”

Gabi Mazeika said she had no idea where the film saga will end up, but she did have one simple request.

That might seem like a tall order from such a little person, but as a famous Jedi once said, “Size matters not.”