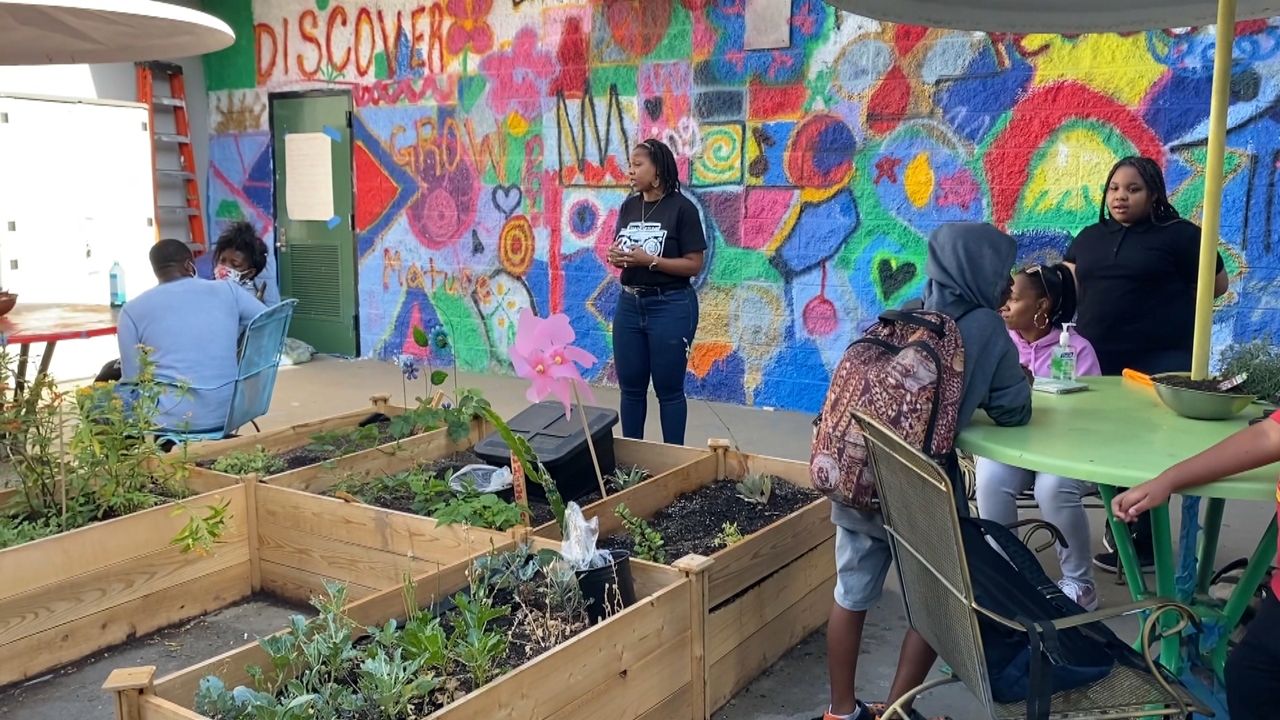 LOS ANGELES — The COVID-19 pandemic only exacerbated an already growing achievement gap between low income and affluent families, but one local organization called Change the Tune — launched by a former middle school teacher — has decided to be the change she wants to see.


With the growing number of disadvantaged kids falling behind in their education, Change the Tune is breaking down racial and economic barriers for the South Los Angeles kids.

Before starting the after-school program, 12-year-old Edwin McWhinnie III said he never would have been in the kitchen. Now, cooking is one of his favorite past times, and it isn’t the only hobby he’s picked up.

"It made me start gardening, which I've begged my mom for stuff for," he said.

It’s true. His mom Crystal agreed. She still can’t believe he’s doing chores in exchange for a ride to Home Depot for soil and seeds.

It also taught Edwin how to eat healthy. Before he started planting fruits and veggies, Crystal says he never used to eat them.

They are small but significant mindset changes that Edwin will carry with him into adulthood, but for Change the Tune, that's just a fraction of their mission statement.

Deanna Lee-Rivers joined forces with Charli Kemp, a former middle school teacher who launched this organization after witnessing first hand the inequities that occurred among low-income students outside of the classroom.

"So, we have Holistically Dope. They come in and do a lot of our yoga and mindfulness," explained Deanna Lee-Rivers, director of curriculum and programming for Change the Tune. "I bring in STEMSOUL, which are STEM-based and social justice forward science education experiences. We have Aim for the Heart. They come in and do collaborative music pieces."

Lee-Rivers says they are the types of enrichment resources affluent families invest in nine times more than low-income families do for their students, creating an educational gap of 6,000 hours between the two communities by 6th grade, according to research published by Harvard.

Change the Tune brings the programs to disadvantaged kids for free.

In July, it will be launching another free, full-day, four-week learning experience hosted at USC for 100 LA-area public school students between the ages of 10 and 18.

“I see that him coming here has really made him focus," Edwin Jr. said.

Edwin III says he used to dread coming to school. Now, he’s looking forward to the summer program that will help them discover their true passion and purpose. However, since going there, he’s already decided what he wants to do when he grows up.

“I kind of want to be a mechanical engineer," he said.

Now, he can see that the possibilities are endless.