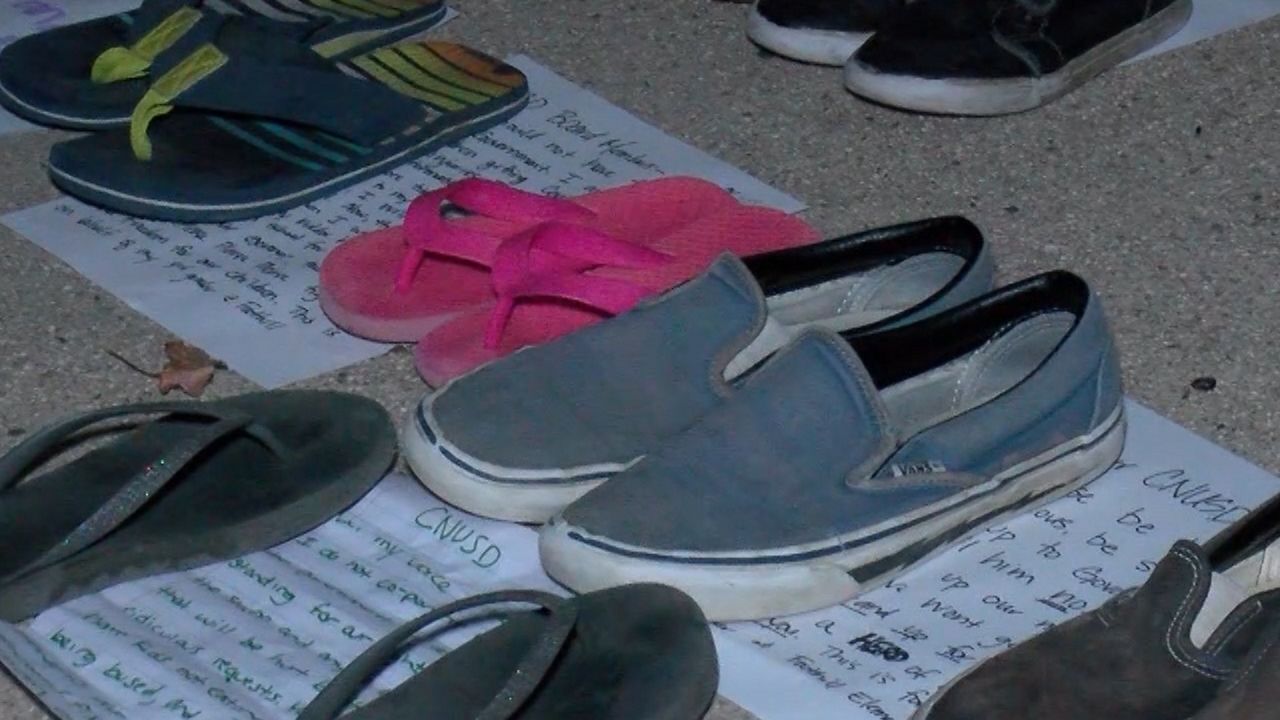 RIVERSIDE, Calif. — Some parents, students and staff within the Corona-Norco Unified School District are in direct opposition to any COVID-19 vaccine mandate. Last week, they left hundreds of shoes pointing away from district offices.

It was a symbolic gesture Kelley Young helped coordinate.

“We were able to gather 550 pairs of shoes between kids and staff and things of that nature and put them out in front of our district. Along with handwritten notes that really talk about where we are coming from in regards to these mandates being put into place,” Young said.

Young is protesting vaccine mandates for her children at school. Last week it was the shoes, which Young says point towards what will happen if a mandate is enforced.

“We liked the shoes because it gave an idea of the vast majority of us that are going to be walking out of the district if these mandates are put into place,” she explained.

Other school districts repeated the gesture a week later. But Young’s week began with another form of protest; a sit out, and that’s why she spent the day at home with her daughters Peyton and Finley.

“I don’t parent with the government. I don’t like anyone telling me or my kids what we can or cannot do. We are taking away the rights. At the end of the day, I want to know that we’ve done everything we can do and fight for our children, fight for our teachers before we have to make a drastic move,” Young said.

But not every parent feels that way.

As Kat Jimenez waited to pick up her third child from elementary school, she explained her 13-year-old is already vaccinated, and tomorrow, her 10- and 5-year-old children have appointments to get the shot.

“I don’t want to get sick. It’s hard, that’s why she didn’t go to school today,” Jimenez said.

Which is a reality Young refuses to accept for her kids.

“Unfortunately, if the mandates do come down, we have looked at many options — myself and the parent support group — whether that is homeschooling, whether that is personal pods we have created in the community and with teachers that have been laid off, whether that’s moving out of state. We have looked at every single option, and I think every family will make a choice that’s best based on what their family situation is.”