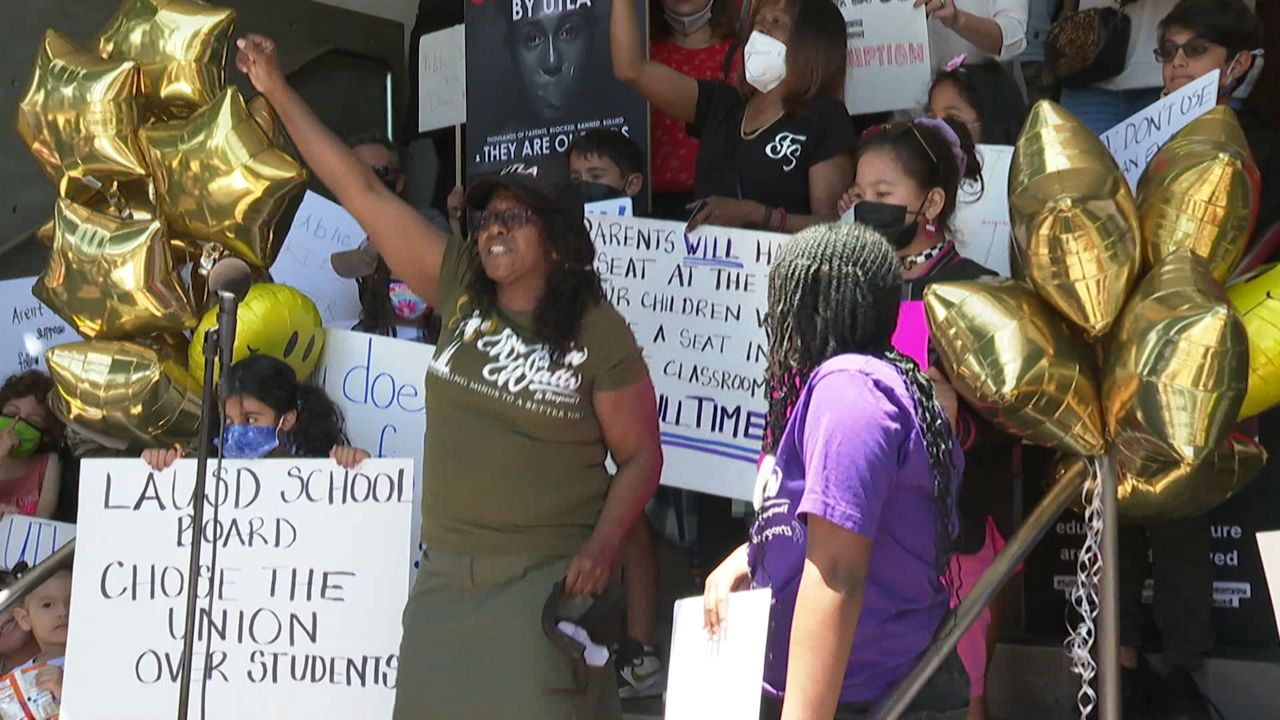 Parents, students and families rally for a "seat at the table"

LOS ANGELES — The last year held unprecedented challenges for parents, students and families. LAUSD families like Watts grandmother Lydia Friend and her grandkids, 11-year-old twins Marlie and Marlon, have been juggling everything from work to sleep in order to make it possible for them to keep learning.

“It’s been a challenge…it’s been emotionally, mentally and physically too,” Friend says.

Lydia has nine grandchildren in the school district, and she’s a staple in the community. Her organization Women of Watts and Beyond has been advocating for kids’ futures for nearly 20 years.

She says that even though families are doing the best they can in a hybrid model, students have missed out and continue to miss out on the important social and emotional environment of being in school full time and have also experienced learning loss.

On Sunday, Lydia and her friends from the Fabulous Sisters community group went Downtown and were part of the LAUSD rally, where parents and families were calling for “a seat at the table,” speaking out against the current LAUSD board and demanding kids go back to full-time, in-person learning next fall.

To make-up for some of the challenges families have experienced since the pandemic began, LAUSD is offering programs like “Beyond The Bell” this summer

Based on a McKinsey & Company firm study, U.S. students could lose an average of 5-9 months of learning in math by the end of the school year.


That gap is why places like Kumon, a supplemental math and reading enrichment program, have had a surge in inquiries. Chino Hills Kumon owner Angelica Casalme says she’s been booked solid for weeks.

“All areas of learning it’s just affected. And I honestly don’t know how these kids are ready. They’re not equipped with the skills they need to move on to the next school year,” Casalme says.

And for families like Lydia’s, who can’t quantify how much their kids have missed out on during this pandemic, she says she won’t stop until her kids are back to learning like they used to.

“It is not fair to our children," Friend says. "I will not sit down as a grandmother, as a parent. We’re going to fight for our children. Children first."