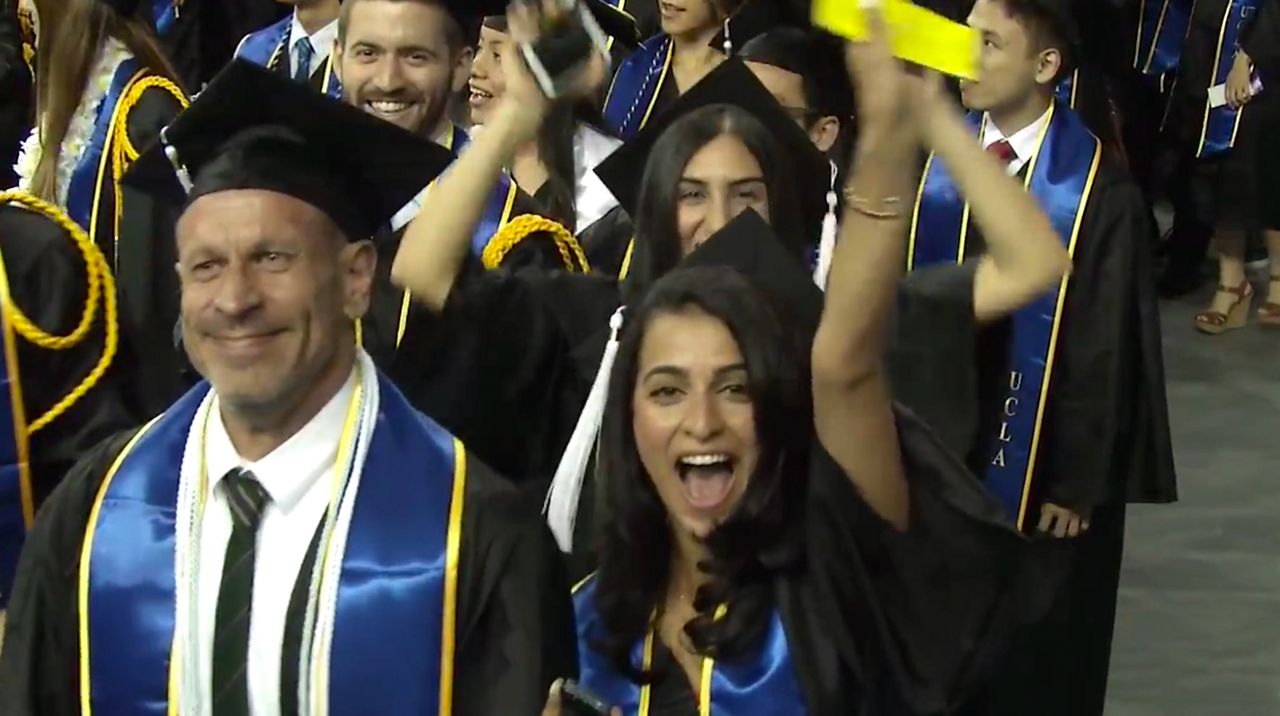 UCLA Rethinks Commencement After Backlash Against Holding It Online

WESTWOOD, Calif.  – College graduation is meant to be a time to celebrate achievement and to look forward to a bright future. But this year because of the COVID-19 pandemic, many colleges are canceling or moving their normal commencement ceremonies online. It's a move that's left many students wondering if they will miss out on this once-in-a-lifetime opportunity.

Fourth-year UCLA student Millen Srivastava is part of the Undergrad Students Association Council. Like many, was surprised when UCLA Tweeted that this year's commencement ceremony would be held online.

More from the Chancellor on UCLA's commencement. https://t.co/6vnrvgV19x

“Usually, they communicate with USAC first, and that decision was never communicated with us whatsoever,” said Srivastava. "No students were included in that decision. Rightfully so, there was a huge response from students to that Tweet, and then we started a petition that I think has around 20,000 signatures now.”

Many students called for a choice of options that would include a delayed in-person ceremony in addition to the online one.

“I think it's very promising that they will postpone the in-person one given that there were around 20,000 signatures that showed up,” said Srivastava. “The majority of students do want that.”

But many also took issue with the tone of the UCLA Tweet which reads, “…the day does not define the journey,” which Srivastava says was insensitive to the importance of graduation.

“You know, we also lost a lot of closure of not having our last quarter together,” said. Srivastava. “And so, I think a lot of students were already dealing with that, and then to have that piled on with a Tweet sent out from UCLA without any prior notice was very hurtful for a lot of students.”

Attending commencement is a big day for families as well, many travelling from far and wide to celebrate the achievement of their sons and daughters.

UCLA responded by offering students three options for commencement, which include an in-person component. Students can vote for which they would prefer on the UCLA website, and the results will be announced soon.