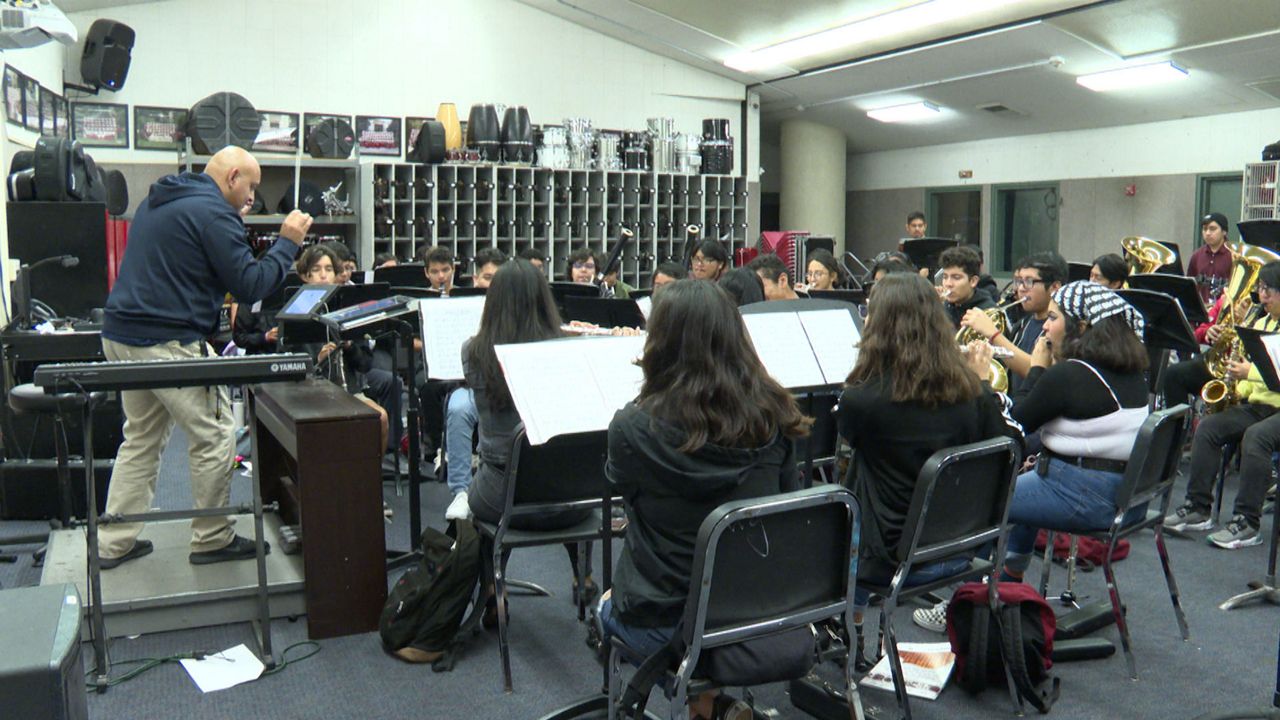 “You know, I love this community,” says Santos.

He is the band director at Santa Ana High School. He has been there for 12 years and even though he has received offers to teach somewhere else, but he won’t go.

The band director was named one of 10 finalists nationwide for the 2020 Grammy Music Educator Award. This marks the third year in a row that Santos has made it to the final round of competition. The Grammy’s recognized him for making a significant and lasting contribution to the field of music education and his commitment to his students.

“My kids have been lied to, yelled at their entire life,” says Santos.

The Grammy Award winning teacher says his students often start their music careers in his program as children who don’t believe in themselves and opportunities that come their way are actually for them.

"The moment that they realize that you care about them, they’re going to move heaven and earth for you. Until you break that barrier, nothing is going to change,” says Santos.

So he teaches music by adding some of his life stories to help inspire his students to pursue higher education and make good life choices. Student Jose Gonzalez says he sees his teacher as a life coach.

“I had my fair share of troubles and sometimes when I’m in deep trouble, I can depend on him to help me out or give me advice or how I can solve this problem by myself and for future reference as well,” says 17-year-old Gonzalez.

The high school senior is graduating in June. He hopes to use what he learned from Santos to someday become a music producer.

Despite the high honor, Santos remains humble. He says he is thankful for the award, but hopes the recognition brings light to the fact that Santa Ana is home to many bright and hardworking students who make him feel like the richest teacher alive.