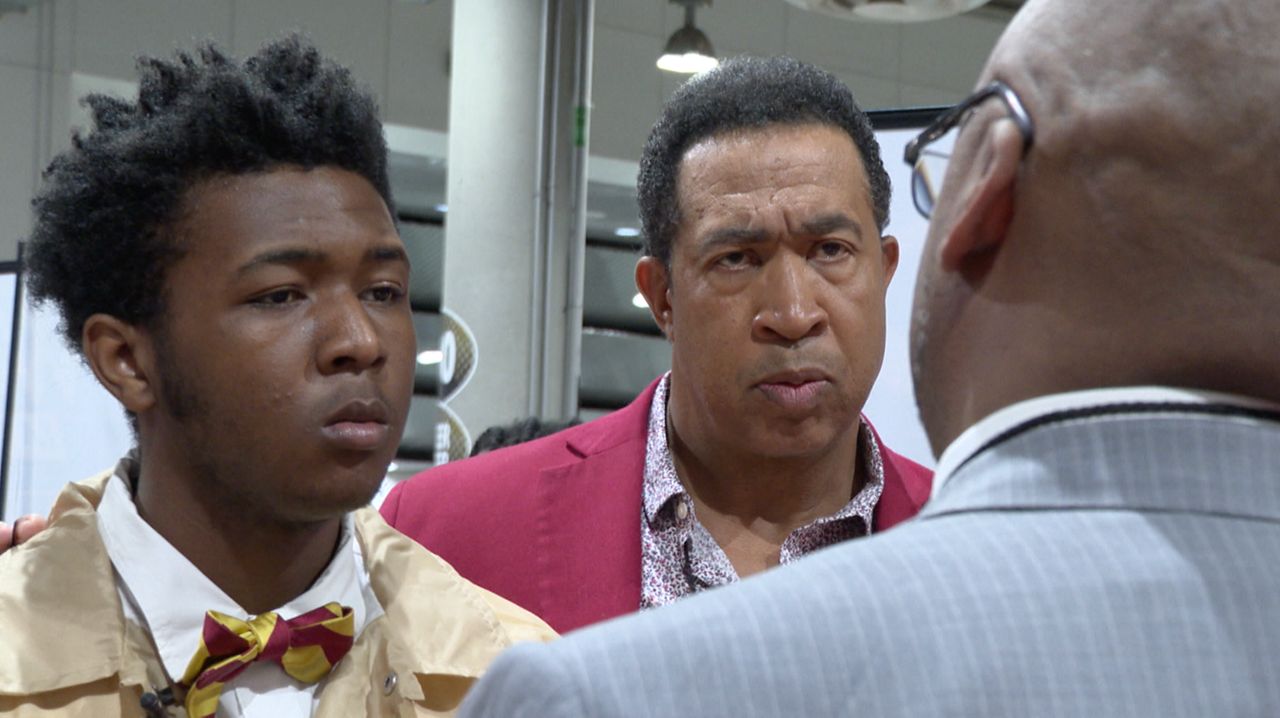 LOS ANGELES — Actor John Marshall Jones is using his star power to help the next generation.

“The historically black college system… is still a major institution for the stability of the black community,” said Jones.

You might know Jones from the 1990s comedy show Smart Guy or more recently Apple TV’s The Morning Show. He also mentors teenage boys through the Kappa League.

Jones brought his mentees to the Black College Expo, which brings together historically black colleges and universities from all over the country. High school seniors bring their transcripts and test scores for the chance of being accepted on the spot.

Application fees and expensive college visits are no longer a hurdle.

The Black College Expo came to the Los Angeles Convention Center February 1. The next expo will be in Oakland on February 8.

There was a time when African Americans were only allowed to attend certain schools. Times have changed, but there are still roadblocks. Jones is trying to remove every barrier possible for his mentees.

“We have a generation of young men in the African American community that are growing up without fathers in the home and therefore without male role models and if we want to have the next generation of men be responsible and consistent then we as men have to put the time into them now,” said Jones.

In a sea of multiple choices, the Black College Expo ensures teens get a good look at their options before picking a final answer.

Historically black colleges and universities offered some students acceptance on the spot today @ConventionLA. There was also some other interesting stuff 💈 pic.twitter.com/hjZcouuYxW