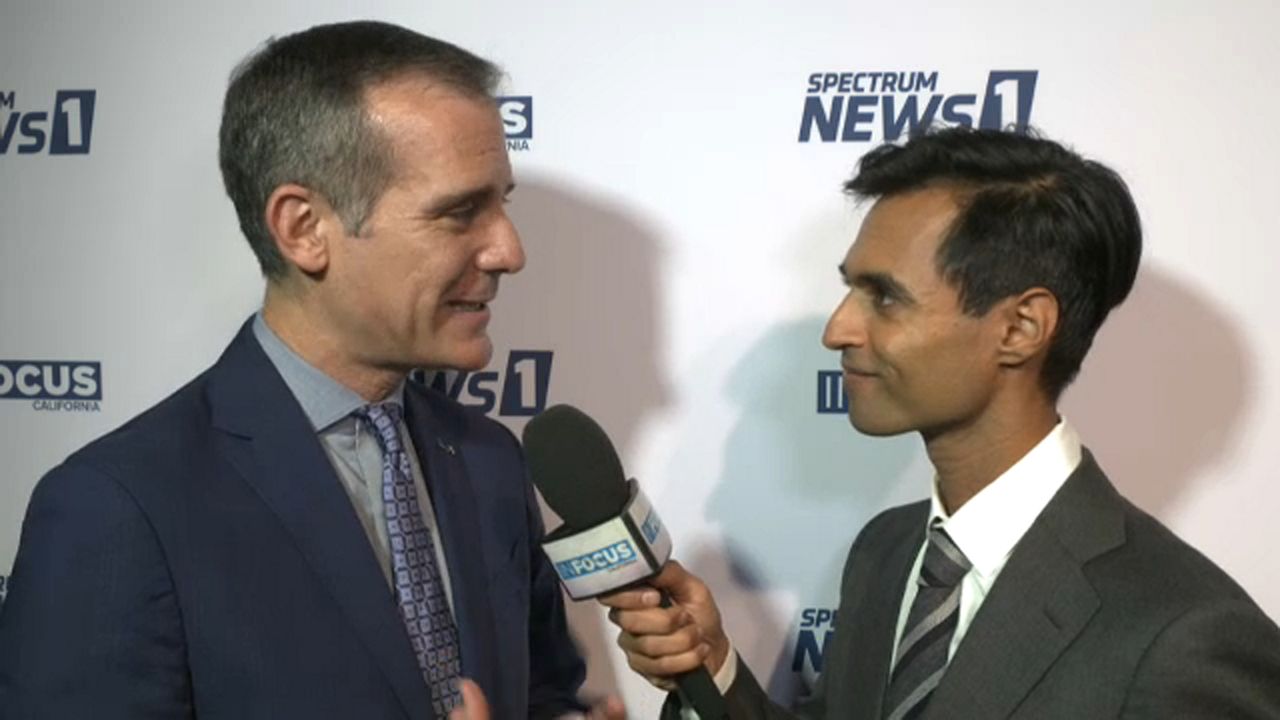 As the union representing Los Angeles teachers moves closer to a strike, Mayor Eric Garcetti is weighing in on the issue.

Garcetti says he plans to “play a strong role” in trying to bring the teachers' union and Los Angeles Unified School District officials together to avert a walkout.

“If they walk out on a strike, I’m going to be right there to help bring folks back,” Garcetti told Spectrum News 1 Senior Political Correspondent Amrit Singh.

Garcetti made the comment Tuesday night in downtown Los Angeles at The NoMad Hotel, during a Spectrum News 1 launch event.

The mayor called on state leaders to help resolve the issues between the district and United Teachers Los Angeles.

“We can ask Sacramento to do their fair share to make sure our teachers are well educated, and teachers are fairly compensated,” he said.

RELATED: One Parent Warns ‘Everybody Loses’ If There’s an LAUSD Strike

RELATED: LAUSD Superintendent Says 'There Is a Path to Avoid a Strike'

On Wednesday morning, UTLA held a news conference saying there had been no movement from the district on key issues after months of negotiations. The teachers union announced it has no plans to return to the negotiating table, and set a strike date of Jan. 10, if there is no labor agreement in place.

The union is calling for contract language implementing the following:

LAUSD Superintendent Austin Beutner has said many of the items on the union’s list of demands are reasonable, but he warned that increasing salaries would lead to less money being allocated in other areas for Los Angeles schools.

Garcetti said he believes both sides have legitimate concerns.

“I agree with the teachers, and I think with our district, our class sizes are too big, we have to make sure our students have the right ratios in their classroom,” he stated. “But we have to live inside our means too.”