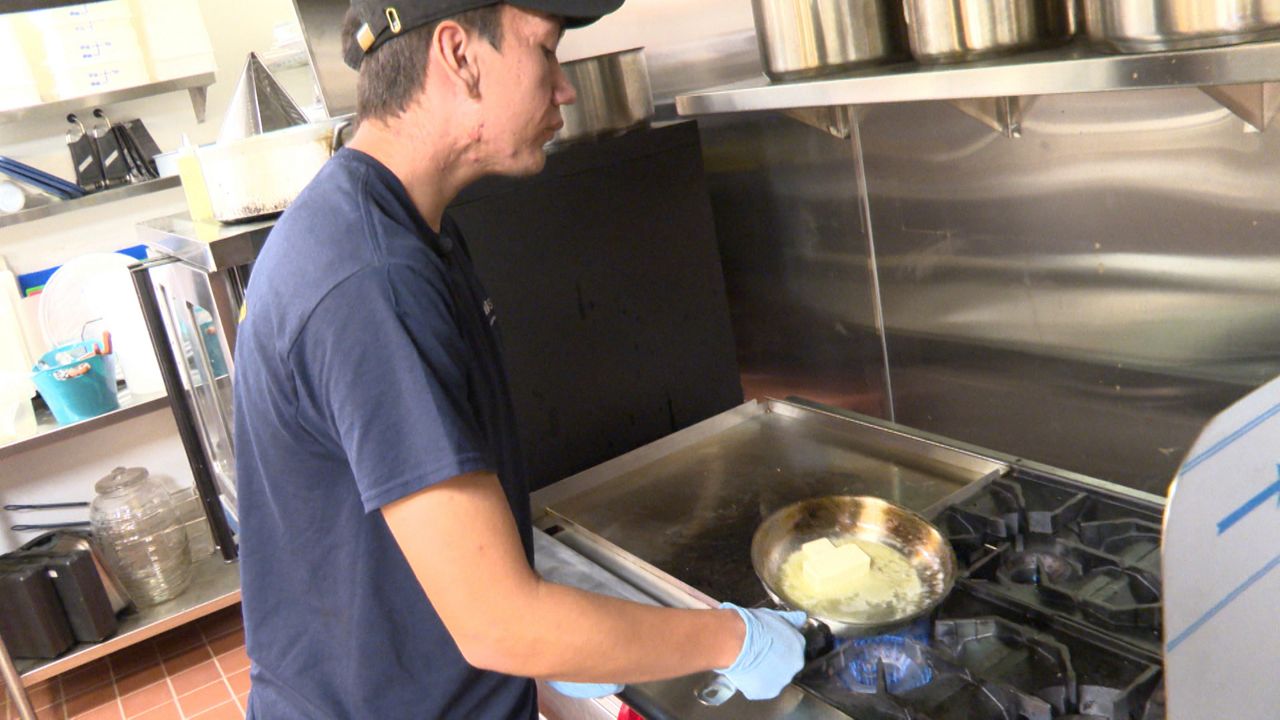 Miguel Martinez is not a professional chef but he's no stranger to the kitchen.

“I've always cooked for my family,” he says. “Last year for Thanksgiving, we made lobster. It was a first time and it turned out pretty good.”

Not that he necessarily wants a culinary career. The 18 year old plans to study environmental science. Unfortunately, his college dreams had to be put on the back burner.

“I got the financial aid but it wasn’t enough to pay for my dorming and my tuition,” Miguel explains. “So I ended up having to drop that and right now I'm trying to get into LA Mission College.”

Miguel is one of a handful of students learning cooking skills at El Nido’s Family Source Center in Pacoima and he has a job working in the kitchen of a fast food restaurant. He says he’s earning money to help his parents pay the bills and putting some away for future tuition costs.

Chef Wendy Senteno helped him get that job.

When she started the class, which is free for students from low income, underserved families, she taught it over a camping stove.

Now thanks to donations, she has a new state of the art kitchen in what was once an empty room at the Pacoima Community Center.

In fact, cookies aside, most of the recipes she teaches are vegetarian, if not vegan, a healthy alternative diet and a growing food trend that she'd like to see more members of her community embrace.

At the moment, the food prepared by the students can only be served within the program and the cookies prove pretty popular but El Nido has a long-term vision of launching a community cafe, which would be open to the public and give kids in the job training program valuable real-world kitchen experience.

For now though, their training helps them build confidence, teaches them how to work as a team and in some cases helps get their minds off their problems, like having to put a future on hold for a little while.