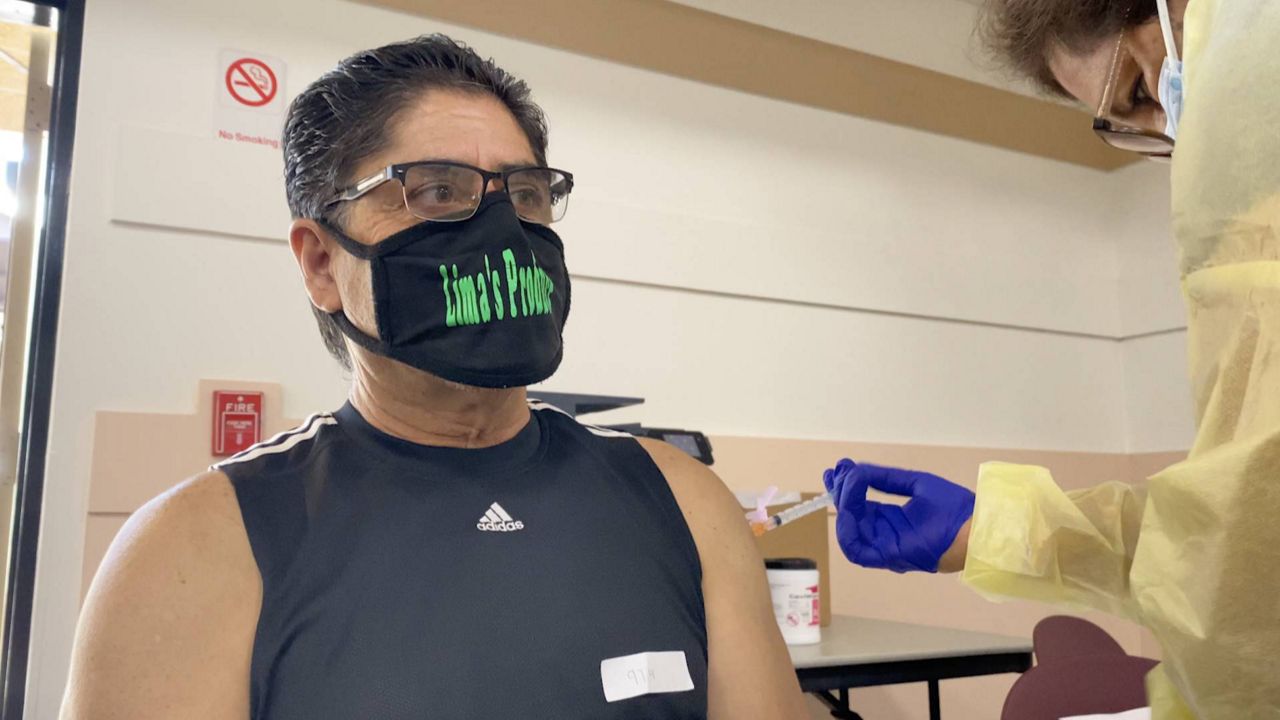 How LA is combating vaccine hesitancy among Latinos

DOWNEY, Calif. — By the time she was 8 years old, Dr. Eloisa González knew she wanted to dedicate her life to helping people.

"My mother was a diabetic, and I wanted to find the cure for diabetes," she said. "That's what sent me down the path of figuring out how to prevent people from getting sick in the first place."

González joined Los Angeles County's Department of Public Health, where she has spent the last two decades. But in all those years, nothing has been as all-consuming as this pandemic.

That's because she's had to take on extra duties during the pandemic. One of them is becoming the spokesperson for Spanish media to tackle vaccine hesitancy in the Latino community — and for her, that hits home.

"Unfortunately, I lost an uncle in Mexico who desperately wanted to be vaccinated, but vaccines were not available, and [he] contracted the disease."

Only 30% of eligible Latinos in LA County have been vaccinated, according to county data. The Black community and Latino community are tied for the lowest percentage. Meanwhile, whites and Asians are more than 20% points ahead, rounding 50% and 55%.

There are a few reasons for that hesitancy, González explained. For some, it's fear due to their immigration status. In her opinion, machismo is also playing a part — and so is misinformation.

"There is a lot of misinformation circulating in social media that then gets disseminated word-of-mouth among the Latino community," she said.

That's what had kept 64-year-old Salvador Miramontes Acosta from getting vaccinated.

"I hadn't gotten vaccinated because, at the beginning, everyone seemed like they had doubts," he said. "They were saying that the vaccines had a microchip, and some said that the vaccines weren't effective. So I was unsure about getting it."


González is combatting that hesitancy by doing hours-long interviews with Latino influencers, where people can send in questions.

The county has also deployed specially trained lay members called promotores to inform people and has requested the help of both faith and community leaders to spread the message.

But for Miramontes, his biggest motivator was his family's welfare.

"I'm getting it for my grandchildren who are little," he said. "I have four, and they're all 12 and under. So I was thinking, if I get sick and bring that sickness to them, that would be worse."

And that's González's final message to those that are still vaccine-hesitant: Consider doing it for those you love.

"Getting vaccinated will help them, and us as an entire community, get back to operating in a little bit more of a normal way," she said.