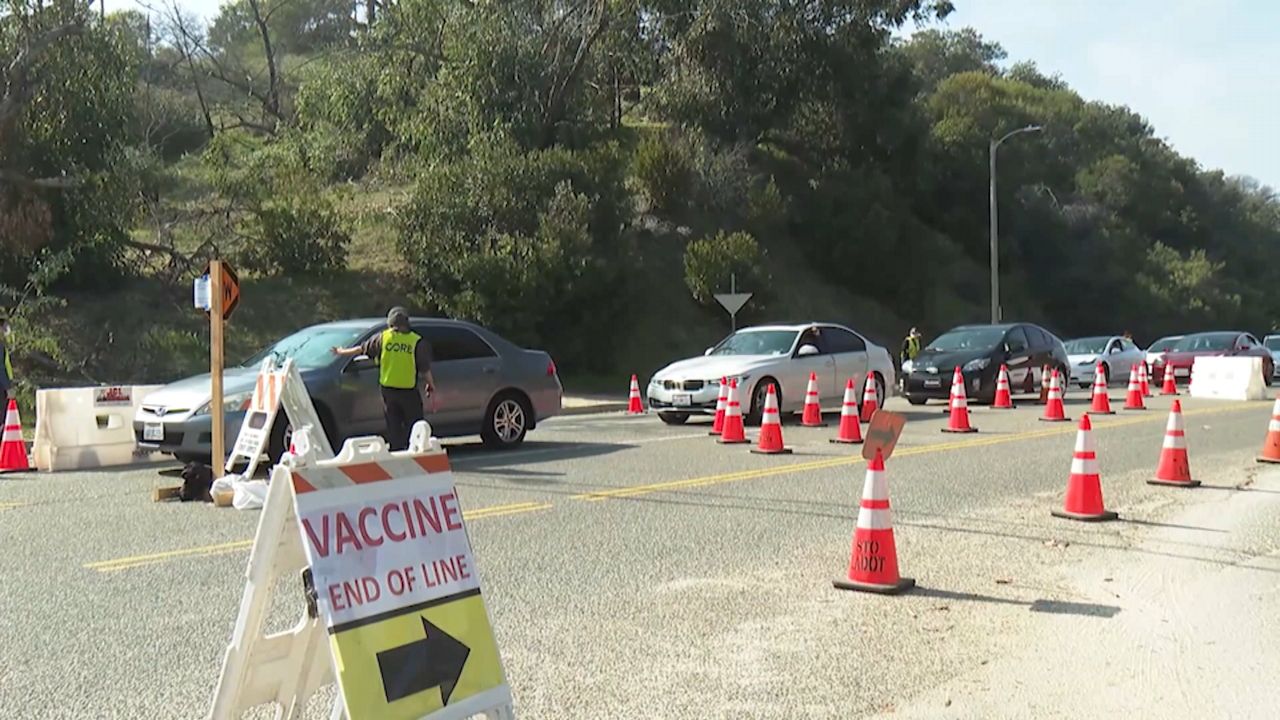 LOS ANGELES — North Hollywood resident, Joshua, is eager to put this pandemic behind him.

“It has been scary you know. It’s been a year, I’m 65 years old, so I’m in a higher risk group and you know, you wish that you would wake up and this thing would be all gone," said Joshua.

With thousands trying to sign up for COVID-19 vaccines it took Joshua a few days before he could secure an appointment.

“I had to keep trying, it wasn’t really that hard. I had different websites to go through and I got this through carbonhealth.com and that seemed to work well,” he added.

He left his house around 11:30 am on his way to a vaccination site, when he got a text saying they had run out of vaccines and instructed him to go to Dodger Stadium.

“Just a logistical mess, that this sort of thing happens,” said Joshua. “The location in Pacoima I was on my way there, and I got a text message saying turn back. I was not happy, so I went home and called to see what was really up and they didn’t know more than I did.”

Last week COVID-19 vaccination sites around the county closed (including Dodger Stadium) or been forced to only give out second doses due to a vaccine shortage.

“There is just chaos when it comes to distribution, so I think we could be doing a much better job,” said Joshua.

Dr. Larry Grill, director of the Vaccine Research Center at the Keck Graduate Institute said what’s limiting production is a shortage of some of the ingredients needed to manufacture the vaccine.

“It’s a volume issue so basically, they’re trying to push this lipid production with the facilities they have now. The facilities can only produce so much per day, per hour, while they’re building new facilities. So, they want to keep scaling up, [but] right now they are limited by the physical capacity of how fast they can push these through,” says Dr. Grill.

President Biden has signed the Defense Production Act in an attempt to increase Lipid production by companies like Merck. He has also signed contracts for 100 million more doses each of the Moderna and Pfizer vaccines.

Then there is the issue of distribution. The number of vaccines the city receives can fluctuate by tens of thousands of doses from week to week and some cities with lower population and infection rates than L.A. are receiving more doses according to Mayor Garcetti.

“We just don’t have enough doses and we’re not doing a very good job with those that we have I guess,” says Dr. Grill.

But he is certain that the gigantic vaccination sites at least mean we are ready, so when more vaccines enter the pipeline we can efficiently get them into people’s arms.

After waiting more than three hours in line for his shot, Joshua hopes that will be the case by the time his second appointment rolls around.

Joshua added that "hopefully it will smooth out over the coming weeks, and everyone can get their vaccination."