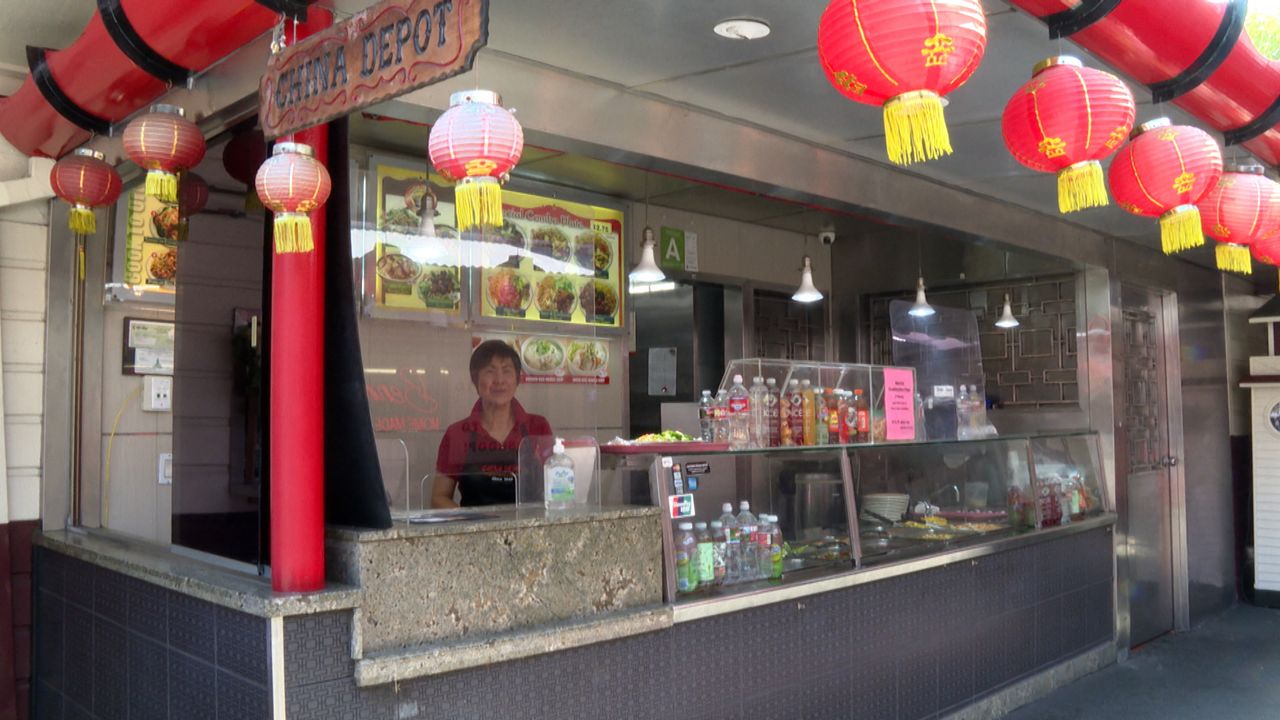 As we celebrate the many communities, we took a trip to The Original Farmers Market in Los Angeles to meet some long-time vendors who are part of the Asian American Pacific Islander community.

Angelina, who goes by Angie Chang, has owned China Depot since 1991.

“My favorite part is to serve my customer because when they’re hungry, I can fill them up. They happy when they leave.”

Happy customers have been lining up at Chang’s spot since 1948. It was called the Chinese Kitchen back then. Chang took over a few decades ago and changed the name to China Depot. She also changed something else. She decided to display the dishes in the front to attract customers and maybe international ones who speak a different language.

“I put the food outside. If you don’t speak the language, I’m sure you look at the chicken and know that it’s chicken,” Chang said.

More than 20 languages are spoken by staff at The Original Farmers Market. The businesses represent seven Asian countries, including Myanmar, India, the Philippines, Japan, Singapore, Korea and China, where Chang was born.

Chang grew up eating the food she cooks at China Depot. The recipes come from her mother and grandfather. She said Cantonese food is simple and healthy.

“People like it [and] keep coming back,” she said.

People also continue to come back to a store located just a couple hundred feet from China Depot. Twenty years ago, Young Min and her husband opened Light My Fire. It’s a store full of hot sauces.

The Mins are from South Korea, but the hot sauces that sit on the shelves her husband built are from all over the world. Min said this is a one-of-a-kind store that can provide one-of-a-kind experiences simply through all the different hot sauce labels.

It’s about providing those happy moments through a happy belly for Chang. She said it’s a business that has allowed her to share a bit of her culture with strangers.

“I feel like I did a good job providing my hometown cooking with everybody,” she said.

Chang has also owned Bryan’s Pit BBQ at the market since 1961. She operates both businesses alongside her son David and daughter-in-law Nicole. Even her young grandchildren David and Ava come to help from time to time.

The Min’s also own T (Tea Shoppe), which offers more than 250 varieties of teas from all over the world.

Another member of the market and AAPI community includes Peking Kitchen, which is owned by husband-and-wife team Annie and Tony Zou. Natives of Hong Kong, the Zou’s, took over Peking Kitchen when Tony’s Aunt Betty, the original owner, retired in 1989. Annie takes care of most of the delicious cooking, while Tony chats up the customers at the counter.