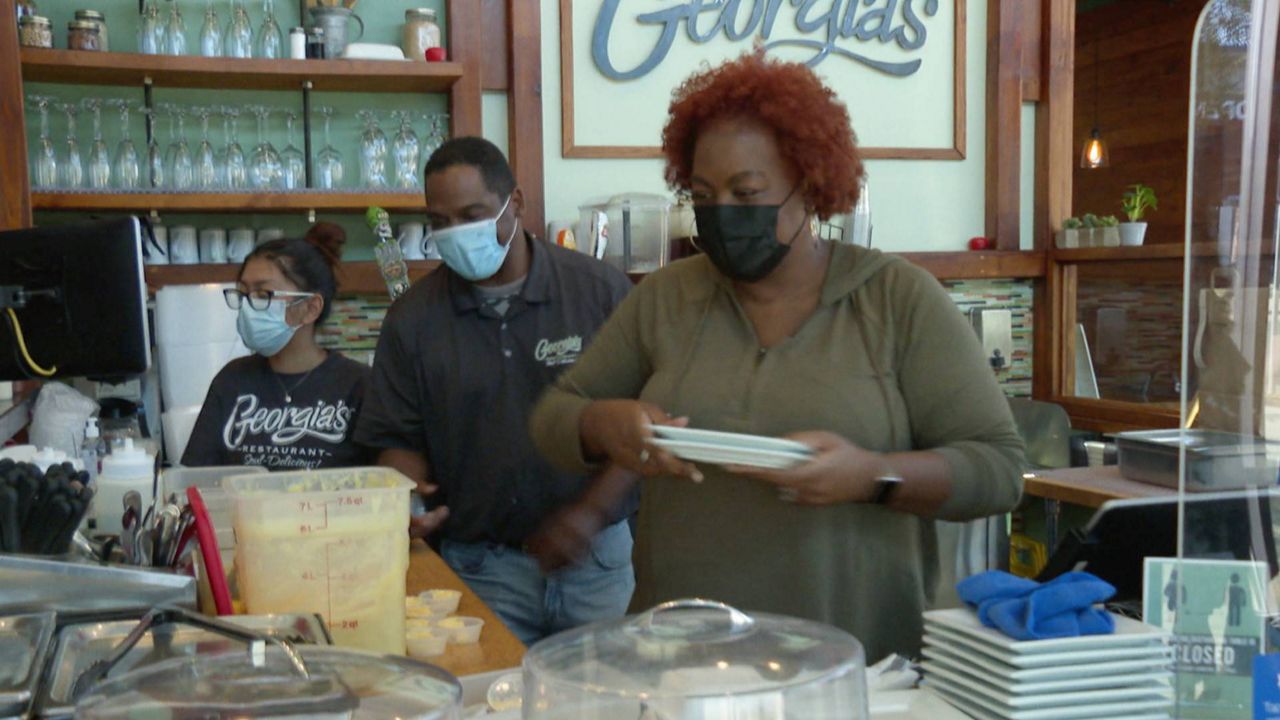 Nika Shoemaker-Machado’s mom is the inspiration for most of the recipes at Georgia's Restaurant in Long Beach, Calif. (Spectrum News 1/Parker Collins)

The organizer hopes that by beginning right before Black History Month, the event will get more attention.


Nika Shoemaker-Machado's mom is the inspiration for most of the recipes at Georgia's, while the restaurant’s name itself comes from Shoemaker-Machado’s father and his three daughters — not the state.

Shoemaker-Machado’s mom owned a catering business in the 1980s. She closed it when her husband died, but her dream of owning a brick-and-mortar never went away. When her daughter mentioned possibly opening up a restaurant, she not only gave her blessing, but also financial backing.

Several generations realized the dream together, as the world around them continued to wrestle with racial tensions.

"Was it different for my mother? Yes, she will tell you," said Shoemaker-Machado. "She’s 82 years old. There were definitely differences in culture at the time and slowly but surely we’ve advanced into a lot of different things."

Today, Georgia’s is not only welcomed, but also celebrated. For the first time since it opened, they were asked to participate in a Black Restaurant Week. It’s something Los Angeles and other cities have built into a highly anticipated tradition, but a spotlight for Black-owned businesses in Long Beach feels new and necessary.

“I think that a lot more people focus in on LA because it is the biggest thing,” said Shoemaker-Machado.


Terri Henry, the organizer and owner of Long Beach Food and Beverage, was a little surprised by some of the pushback. She’s gotten angry emails and comments arising from the showcasing of one ethnic group.

“The naysayers felt this was a racist event, which I don’t see that at all," said Henry. "We are inviting the general public to maybe get out of their comfort zones and try something different."

“As long as we stay focused and we stay committed to what we want out of life, we know there’s nothing that we can’t achieve,” said Shoemaker-Machado.

For COVID reasons, Shoemaker-Machado’s mom is mostly at home these days, but her recipes and even her name are always on the menu.