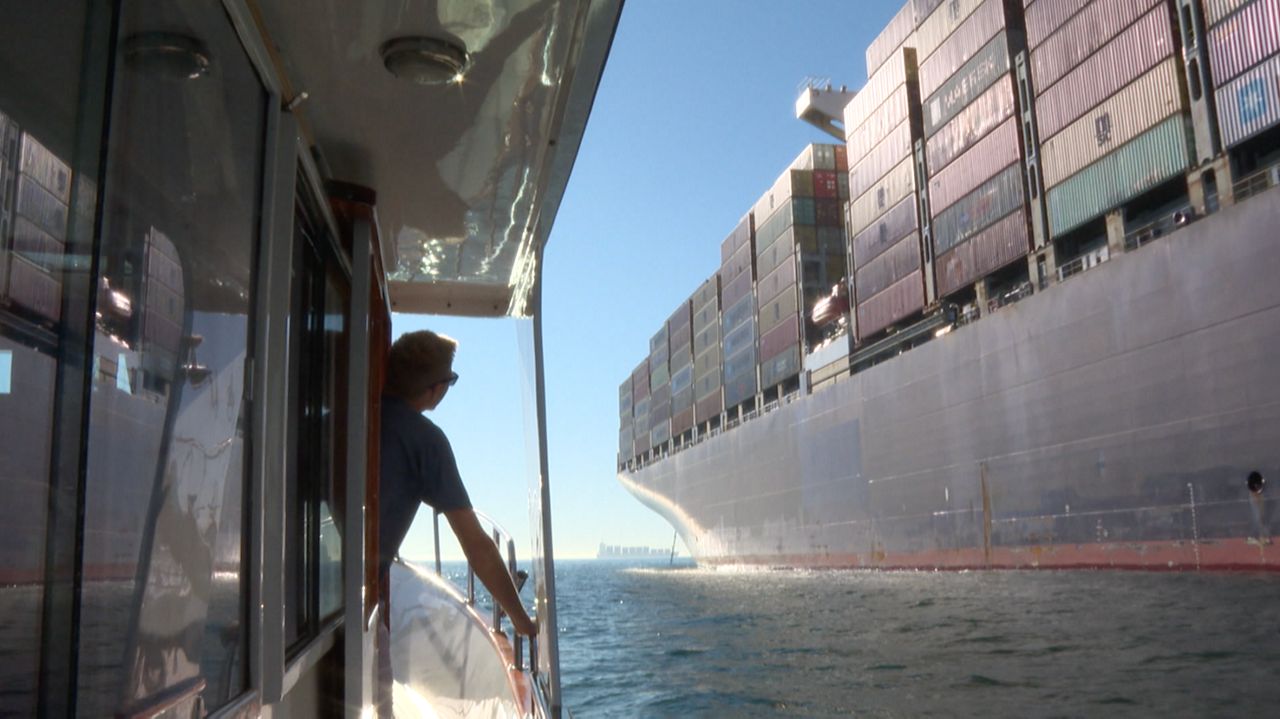 Backlog of ships impacting recreational boaters could be moving soon

While this promises relief for troubled ports across the country, the cargo backlog continues to impact those who love the water.


You can’t help but feel small floating feet away from a giant container ship. Even though the Southern California waters are familiar to longtime boater Rich Fricke, he has to stay vigilant given these new obstacles.

The sea holds all of Fricke’s best memories. He proposed to his wife on the shores of Catalina Island, and their children were baptized in the Pacific Ocean. They constantly drive from their home in Monrovia to their trawler parked in Alamitos Bay.

“It was the best way to grow up, and I feel amazingly blessed to be able to provide that for my family as well,” said Fricke.

Fricke must carefully chart a path around all the vessels trying to dock at the San Pedro Bay Port Complex. When it’s dark or foggy, he can’t rely on his own eyes. He needs the yacht’s on-board radar.

"They’ve never been there before," he said. "It’s really strange, and so it’s something we’ve been getting used to, but never in my life, never in my parents’ life, and we’ve been doing this several generations."

A new way of doing things could clear up the horizon soon. Leaders drew a line that puts more than 100 miles between container ships and the ports, where vessels must wait until a dock is ready. The waitlist for berth would then be based on when you leave your previous port, rather than who makes it to San Pedro first.

The plan was developed by the Pacific Merchant Shipping Association, the Pacific Maritime Association and the Marine Exchange of Southern California, with input from others as well. The hope is that this voluntary process will be safer and cut down on toxic emissions close to land.

"We are ready to aggressively go after these grant funds," he said. "We’re going to have to compete with others around the country, but we plan to do well."

However, the $17 billion earmarked for ports likely won’t kick in until next year. Fricke is certainly not pausing his plans.

“Everybody is looking forward to the day when these ships aren’t here anymore,” he said.

The new arrival process for container vessels is effective Nov. 16. It won't apply to ships currently in the arrival queue.

Container ships are so much bigger up close. Recreational boaters must steer around the huge waiting vessels. pic.twitter.com/gsxmGPSsjK