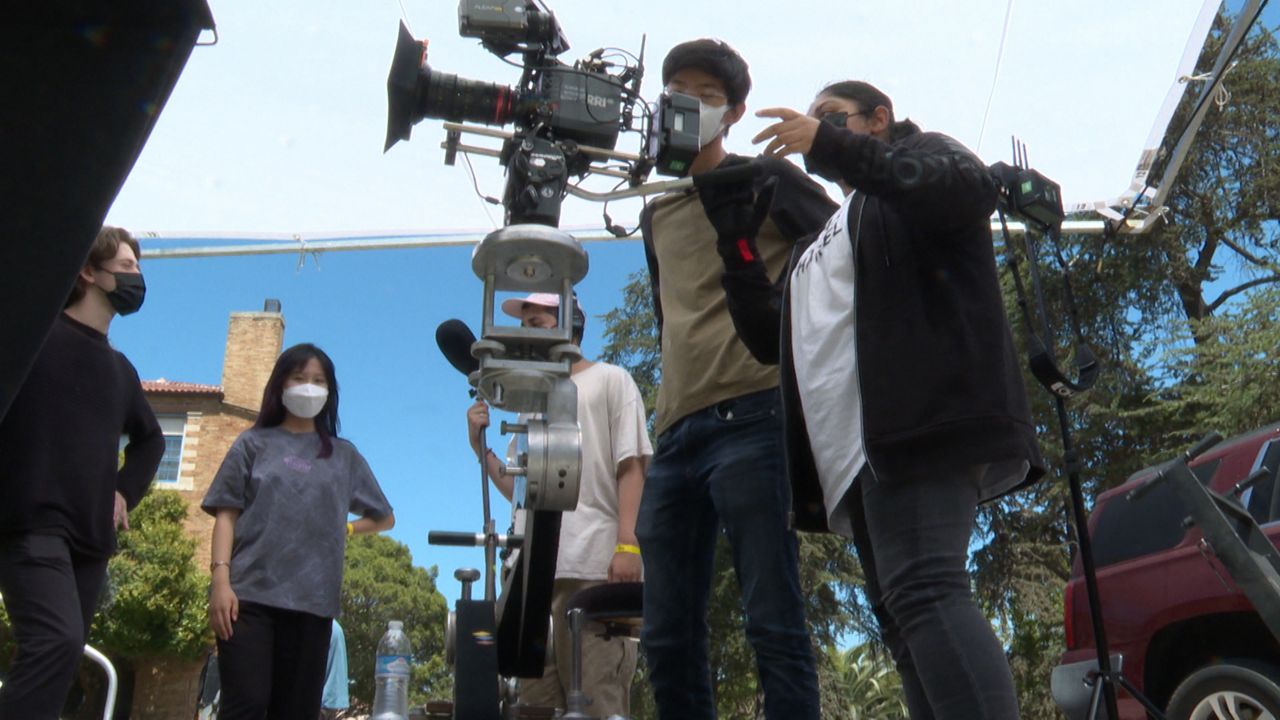 And as director Yeneca Kim shouted those words, the crew of Modern Education burst into applause.

It was the end not just of shooting, but of a journey that took a very unexpected turn.

The program sees two groups of students -- one in New York and the other in LA -- pitch, write and produce a film that is then shot abroad. This summer, Oh's group was supposed to travel to South Korea to shoot their final project but COVID left those plans on the cutting room floor.

“I’m Korean, actually.  And I was liked super excited when I heard that it was gonna be in South Korea," Oh explained, "and so I was really bummed and I figured like, man, I don’t even know if we’re going to do a thesis this year.”

But despite the odds, the film Oh wrote, Modern Education, did get made. First there was a Zoom table read featuring some towering talent like Alfre Woodard, Jonathan Cho, and Sandra Oh, reading the script and offering feedback and advice.

With South Korea no longer an option, they decided to shoot the film in Los Angeles. LACC student Yeneca Kim was chosen to direct and while she was initially disappointed they didn’t get to travel, she found a silver lining.

“Not going to South Korea was a blessing in disguise," Kim said, "because there’s just so many opportunities that we got by filming in L.A. that we couldn’t get if we were in South Korea.”

For instance, the chance to work alongside professional crew members who also acted as on-set mentors.

The students also got a crash course in something many industry pros have yet to experience – shooting a film in the middle of a pandemic.

“We’ve been tested three times," Oh said. The student filmmakers were tested once before shooting began and twice during filming.

Strict protocols were also in place on set, developed with the guidance of Reel Health.

“Wearing a mask at all times, hand sanitizer always at the ready," Oh said. "Keeping your hygiene as a number one priority while on set, especially with the actors.”

The production used professional actors, which meant the organizations had to work with the Screen Actors Guild and adhere to their rules as well. For Kim, it felt like getting a sneak preview of the future of filmmaking.

"Starting from this time," she explained, "we’ll start anew, I guess, post-corona of productions...and for us to get that first experience of how production is going to look moving forward has been very much an insightful experience."

She hopes to have a career in the industry and feels this experience and the connections she’s made will go a long way. Oh, who dreams of working as an editor at Pixar one day, agrees.

And he says he’s sure Hollywood is ready to cut to whatever post-pandemic production will require.