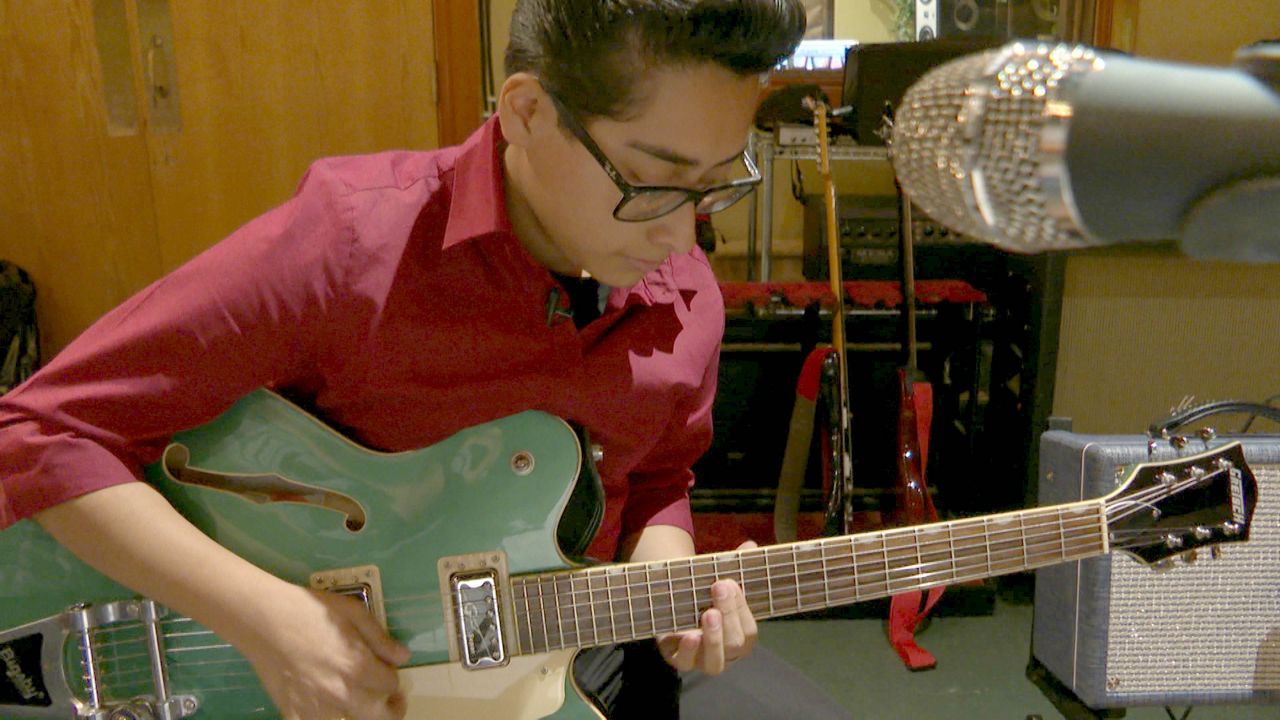 ECHO PARK, Calif. — It sounds like a duel between two guitars and it is, but this is no battle of the bands. They’re learning to listen and play off each other in a riff based on two warring banditos.

They’re music students being mentored by professional musicians as part of a program offered by Inception Orchestra.

“I wrote this composition with different instruments,” said Jayleen. “And it helped me not really pay attention to my guitar as much and it helped me to use other instruments like clarinet, harp, and cello, and it's helped me open my mind to different types of music and not just rockabilly.”

Jayleen grew up in Echo Park and started playing guitar three years ago after watching a video of an Elvis tribute band on YouTube. Wanting to pursue music education, she transferred to Ramón C. Cortines School of Visual and Performing Arts and now wants to start her own band.

“It’s like time traveling,” said Montoya. “You know, music helps you time travel. If you go to, if you play Mozart, you’ll go to the 1800s. If you play pop, it’ll be here in this time, so this program has really helped me time travel with music.”

Claire Morison is the Assistant Creative Director for Inception Orchestra. After studying recording arts at Loyola Marymount, she’s also the recording and mixing engineer at Bedrock Studios. A woman in a field dominated by men, she got involved to create more diversity in the music industry.

“Also, a lot of the mentors when they come in, you know not only will they work with the kids on their pieces, but they offer a lot of advice and insight on how to survive as a composer and musician,” said Morison.

The best part of writing music is to hear it for yourself.